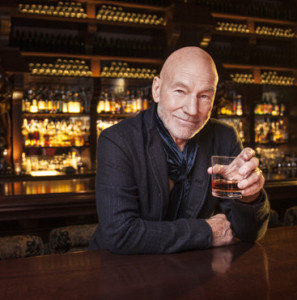 First off, I’d like to share a little secret with you.  Whenever I sit down to write these essays, articles, whatever you want to call them, I imagine that you and I are meeting at my favorite watering hole.  We settle in, order a couple of drinks and catch-up on the mundane.  But then the discussion…(or sometimes the debate) begins.  It’s a bit folksy, but it can be quite effective.

Optimum for whom?  I saw an article in the Atlantic Journal  yesterday with a title designed to get your attention. Why I Want to Die at 75.  http://www.theatlantic.com/features/archive/2014/09/why-i-hope-to-die-at-75/379329/   (Ezekiel Emanuel).   Frankly…I found the article a bit like a small block of Swiss cheese, though without the pleasing taste.  There were lots of holes, the first of which was the complete arbitrariness of the whole thing.  Why 75?  He had some graphs and tables to indicate that 75 was the optimum age to “kick-off”.  To which I’d ask, “Optimum for whom?”

In one scenario, you just might be having a ball at that age.  Health still holding strong, still lots of appetites for life and a list of things you want to do while you still can.  In that case, it would be insane to arbitrarily pull-the-plug.  But the dark corollary to the concept is true.  To make the point, let’s use an extreme.  You are 70, have a debilitating disease, are in horrible pain every waking moment, with no one around to take care of you.  In short, you are in second-by-second agony.  If that’s the case, there are options you can consider…….  Yes, I am aware that in some religions that is seriously frowned upon, but each of us in our own existences must grapple with that question.  Soooo…it seems pretty clear that arbitrarily setting a year doesn’t make a lot of sense.

And yet, there’s something else going on here which must be considered.  Emanuel waffles on the point, neither suggesting any thoughts regarding euthanasia, nor anything else that resembles a viable course of action.  He submits that at that moment in time…75…he will stop getting inoculations, nor promoting anything to do with any possible future health.  It seems like a sort of a long-term, drawn-out version of hospice care.  Personally I don’t really like waffling.  I would rather risk pissing you off, if the possible outcome might be a bit of clarity, or at least provoke some thought on the subject. 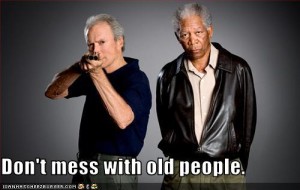 80 vs 47   The fact of the matter is we humans have managed through technology to extend our lives to approximately double what it was when we first began writing books and building cathedrals.  Our current life expectancy, roughly around 80 by the stats, compares to 47 just at the turn of the last century.  We are, in many, many ways a new species entirely.

End Game Strategy:  What we haven’t done, however, is spent much if any time contemplating what I’d like to call, End Game Strategy.  During my life, my gut concept of an old guy has gone from about 55 to 75.  (I submit to you that this number, like the ephemeral rainbow is something that is always at least five years older than whatever you are.)  We spend way more time planning where we’re going to retire, how we’re going to invest, what kind of car to buy…or even what TV shows to watch, than the amount of time spent figuring out how and when we want to put a period at the end of our own sentence.

BIG Decisions:  Deciding such huge questions as: should I bring another life into the world? Should I go to college? Whom should I marry?  What do I want to do on this planet so I can leave it better from my having been there? deserve our best attempts at solving.  So does the actual arc of our own lives.

Truth is, if you wait too long, you can end up in a nursing home, whether you want to or not, sitting in a wheelchair that’s not even facing a window, in perpetual pain, and with zero possibility that the next day will be any better.  I’m not certain which is worse: being trapped with a still  articulate mind, or just being a dim ghost-like simulacrum of your former self.

A handful of my more religious associates state (somewhat glibly I think) that there is no issue at hand, because we aren’t allowed to make those sorts of decisions.  “It’s out of our hands and so…No problem.”  Well…….  I disagree.  And I think there’s a lot of room for discussion.

If you’ve been on the planet for four or more decades, you should be able to see the slow evolution that’s taking place.  It’s in the same category as gay rights, the rights of minorities, women’s rights, as well as the concept of prohibition was at the turn of the century.  Most of those topics are already in the cross hairs of society.  Progress is slow, but moving forward.   As our top-heavy population of people over 60 ages, the problem will come into greater and greater focus.

The Boomer Generation of which I am a member, thought that we would change the world, that we would remain “cool” and forever young, that we would never ever succumb to the temptations of money and material possessions and…we’ve managed to bomb-out in all those categories, as most generations do.  One thing, however, is I believe with the boomer generation that you will see, like popcorn beginning to pop, that at first mere handfuls and then more and more boomer geezers will decide to ultimately protest what  they view as a thoroughly unacceptable End Game Scenario.

Will I rot in hell for this? This is gonna piss many folks off but, I submit to you that if you don’t believe in hell, pointy-tailed devils with glowing eyes and eternal hell fire for the sin of not burdening my surviving family…nor an already stooped-over financially challenged country, the decision is quite simple.   The process, if you have any knowledge of general science whatsoever, can be ultra cheap, completely painless, and not grotesque for family to clean up after.  I learned the concept when I was in the high altitude chamber during pilot training. 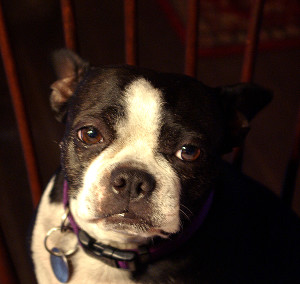 I grew up and have spent my entire life with another kind of best friend, other than people.  The animals whom I’ve dearly loved and cherished over the decades. When it came time and my best buddy in the world was in excruciating pain, I did what my vet agreed was the kindest, most loving thing I could do.  I relieved the pain, so they could just….sleep.  I did that for my beloved best buddies and…I really don’t hate myself or feel the need to punish myself.  I think I deserve at least the same kind of consideration I’d give my furry friends.

As far as what the conditions and parameters should be, that’s a decision everyone must make for themselves.  I have had a wonderful, wonderful life and intend to wring it out for as long as I can.  Ultimately, however, we all graduate.  I want to have a smile on my face during those final moments and a big hug from the members of my family.  That’s enough for me. 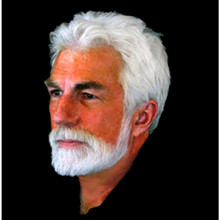 7 Responses to "Who Wants to Live Forever?"