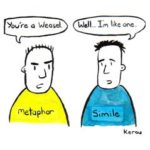 Before we dive in, let’s flash back to your freshman year English class.  “Miss Thompson, would you please enlighten the class.  What is the difference between a metaphor and a simile?”

Having no idea what the answer was, Miss Thompson hemmed and hawed. “Uhmmm… Like….” She was about to say, “beats the hell out of me,” but before she could go on, her teacher said, “Very good, Miss Thompson!

What’s the difference?  A simile uses the word, like.  “A shot of Wild Turkey is like a kick in the head.   A rose is like a poem, only expressed in fragrance.”

A metaphor can look to be about the same thing, though it’s meant to be a bit deeper, a bit more thoughtful…philosophical. Instead of using like, the writer says, War is Hell, or  Fred’s life was a bucket of tiny parts, none of them fitting together.

A little secret, writers judge other writers by their similes and metaphors.  Some are good, some, not so much.

And now, for the drum roll, what the heck does this have to do with anything?  You’ll see in a minute.

Waaaay back when in high school and college, I dated a lot.  Alot…alot.  And one day, junior year at college, a bunch of us were hanging out in the dorm room, comparing girls we’d dated.  I came up with the idea of drawing a simile between girls and various kinds of cars we’d driven.  For anyone who knows me, I am changing the names to protect the guilty as well as the innocent.  Also the chronology, for those who grew up with me.  No way I’m gonna get hammered on this one. 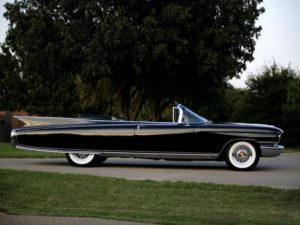 Genie was like a stretch Caddy limo.  She was easy on the eyes, long smooth lines, smooth dating, no rough spots and fast!!!  Strangely, I wasn’t accustomed to going from zero to sixty quite that fast and we wilted.  We were destined to go in different directions.  (The guys in the dorm cluck-clucked at this.  They would have handled Genie better.) Maybe.

Janet was my first real car.  She was pretty and simple and fun to be with and thought it was funny when I’d raise one eyebrow like Spock when I didn’t know what she was talking about.  She was my six-cylinder ’65 Chevy, manual shift, manual everything, no AC, am radio, but…she was mine and we kept our relationship shiny and waxed and perfect in every way…at the time. 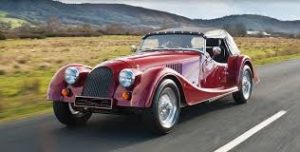 I’m not going to bludgeon you with every girl I ever dated, there are limits, though maybe one or two more.  Lydia, was a turn-and-stare classic.  If you know what a Morgan is, that was Lydia.  Low slung, from a different era entirely, and beautiful as long as you didn’t start up the engine and try to drive anywhere.  Really rough-riding, impossible to steer at all, and would stop and backfire and then conk-out if you even looked at it (her) wrong. 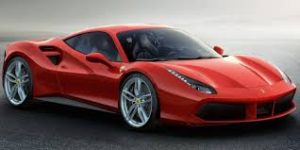 I finally, finally, finally fell in love with a little bright red Dino Ferrari.  Exotic, strangely soft spoken, capable of going around the corners on two wheels…and funny.  If you know anything about Dinos (pronounced Dean-o) they are sweet in the true sense of the word.  Piss ’em off, however, and you won’t be able to drive for a week.  The whole secret with a Dino, is…don’t piss ’em off.

Great…  To which the Sixty-Four Dollar Question is:  Where are you going?  …..We’re graduating to Metaphors. 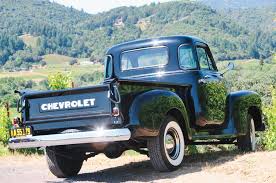 To put it bluntly, if I’m a truck, I’m not exactly a new truck.  Got some miles on me and a couple of dents.

What brought all this weird automotive philosophy to mind is a truly mature truck which I bought about a month ago and am just in the process of breathing life into.  It’s not the cute antique truck that I was imagining while still up at CrossBow in Pennsylvania.  I had the hots for a 40s or 50s cherry Chevy pick-up with oak sideboards.  I figured it would set me back 4 or 5 thousand…tops.  Silly me.  A really cherry pick-up truck can go for as much as a new Vette, and my brain just can’t rationalize an old truck over a Vette, no matter how cute it is.

It was Pamela who said, “Does it really have to be that old? Can’t you Harvetize it?” a word she coined to account for my reinventing essentially everything I come into contact with.  I didn’t think so, but then, my neighbor and good friend whispered in my ear that Doc Ellis was getting rid of his Chevy pick-up, which was old and tired, its main attraction being that it was cheap.  Also, well-known.  Old Fort is a tiny town and “Big Blue” already had a reputation going for it.  It’s a medium-sized truck with a big engine and braced and formed to tear down large oak trees with just the right gear.  Somehow I related to that.

I won’t drag you through the details, but, as it turns out, “Big Blue” was more tired than I thought.  I bless the Goddess of Automotive Stupidity for  getting me the truck for a “song” because those nickels and dimes turn into $50s and $100s really fast.  And it is here, after several hundred words of typing, that the truth and the metaphor beginsto reveal itself.

Young people are a lot like new Camrys with a ten-year warranty.  Woo hoo!  I can do anything, eat anything, drink anything, go anywhere, and stay up all night.  I am invincible. I am eternal!  I actually remember believing that.  But then, as most of you know, being a cool college kid transitions into becoming a young and serious member of society until one day (jokingly) at a birthday party, someone says,  “Hey!  You’re middle aged!!! Hah hah hah).  And a few years later at another birthday party, that same good fellow says, “Hey! You’re middle aged…if people all live to be a hundred or so. ” And it goes down from there.

Where the metaphor of I Am A Truck, gets sketchy, is when you realize, as I have, that if I am stupid enough, I can keep replacing parts until there are no old parts left.  And I can’t do that with my body.   Wake-up call around 50 when they wrote me off…and yet I came back and proved them wrong.  But then, little things.  And no one talks about most of them.  I get a call from a friend.  You know about hearing aids… help me get set up.  What’s your blood pressure?  How’s your blood sugar?   And pretty soon, you are seeing friends and relatives talk about triple by-pass and the dreaded C word.  And on and on it goes.  It would be nice to be able to send in to J.C. Whitney and get a new heart or hip or new ears, eyes, knees…etc. etc.   But I can’t.  You can’t either. 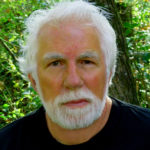 Henry, a walking metaphor for a Chevy Truck. 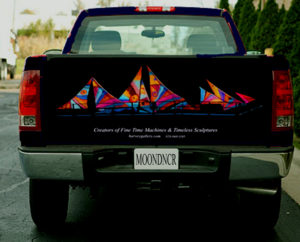 Once you start…there’s no stopping. You should see the hood.