For years now, I’ve been tempted to indulge in a stream of consciousness essay, sort of like nibbling out of a Whitman’s sampler.  You may not like the coconut cream, but you just might like the chocolate-covered cherry.  I’m giving it a shot.  See what you think.

First morsel is quick, dirty and will help some number of you.  Even if it’s just a few, it’s worth it to me.  A few years ago, I found I was getting vertigo if I looked up quickly or got out of bed too fast.  I’d get a wave of nausea and though it wasn’t debilitating it was annoying.

The Epley Maneuver:  Did some heavy-duty searching and ran into The Epley Maneuver.  Not trusting myself to get it right, I called a local treatment center, paid $185 for a guaranteed solution to the problem.  Went in, extremely skeptical and a nurse walked me through the process.  It took about fifteen minutes and seemed…well…kind of dumb.  I was dizzy for about ten minutes afterward but after that, my dizziness had been completely slam-dunked.  Since then, Pamela as well as a number of my friends have complained of the same sort of thing and I told them about my experience.  In short, it works.  If you’re having dizzy spells looking up or getting up, give it a shot.  It works.  Go on You Tube and type in Epley Maneuver.  You’ll be amazed. 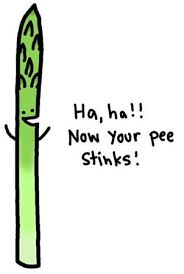 What Happens When You Eat Asparagus?  Huh???  Have you completely lost your marbles, Henry?  Maybe, maybe not.  The title is something of a shibboleth, a secret test which you either get right away, or have no idea in hell what is being talked about.  There is no way to figure it out.  Another example:  What happens when you try to look at the sun?  Do these two questions have anything at all to do with each other?  Yup, they do.

At a dinner party about five years ago, our hostess served a beautifully cooked plate of asparagus, trimmed with garlic butter and a splash of white wine.  About half the guests scooped up a spear or three, while the others smiled knowingly and passed the plate to the next person.

One of the guests who had taken five spears noticed that something was going on.  He said, “What?  I don’t get it.”  The guests who had passed it up looked around at each other.  “It’s not that we don’t like asparagus,” a woman said, “It’s just that later tonight, when you go to pee, it stinks.”  The first group had no idea whatsoever what the second group was talking about.  Right now, you’re either nodding or shaking your head.  There is no in-between

The scientific fact is, asparagus makes everyone’s pee smell…rather skanky, for want of a better term.  The interesting thing is only some fraction of mankind inherit the specifc gene that allows them to smell it.  The others smell absolutely nothing.  I have that gene.  Pamela has it as well  But for some reason, our son, Cameron is unable to smell asparagus pee.  Not a terribly important point, to be sure.  And for what it’s worth, when I sneeze it is always twice.  Always.  Pam and Cam have learned not to say,”Bless you” until after the second one.  Oh, and if I glance at the sun, or at a bright light, I will sneeze as well.

Each of these traits is inherited from one or the other of my parents.  Taken on its own merit this is, at best, a mildly interesting observation. 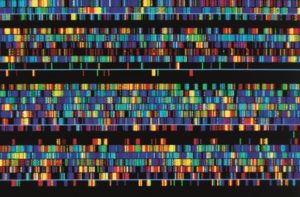 You hopefully know already that there are scores upon scores of inherited traits and predispositions toward certain diseases, quirks, affinities and weaknesses.  My dad was a novelist, and though I swore up and down from childhood (having grown up with one) that writing was about the last thing on the planet I would ever do,  here I am, a writer with over 24 books to my credit.   Do you think it’s possible that way, way back, when we were dragging clubs around and throwing rocks at dinosaurs, that some of the cavemen had tendencies to write novels?  It makes you wonder.

There are of course, inherited bio markers for cancer, diabetes, alcoholism, height, autism, weight, hair color, Aspergers Syndrome, insanity, psychopathy and sociopathy.  The list goes on and on and on and grows longer every day, thanks to the breakthroughs in Genome Technology.

If you care to, extrapolate for a moment, where this technology is heading.  Right now, genetically speaking, we have barely submerged the tip of our little toe in the water and we’ve already amassed an entire  library’s worth of information.

Connecting the Dots:  Having watched more than a year’s worth of television and read hundreds upon hundreds of articles on the state of politics today, keeping partisanship as much out of it as I can,  one thing we can all agree with is that the other side, no matter what side you are on, is waaaaaay out in La La Land

Try not to take offense.  This statement works no matter which side you are on.   Going back to that dinner table and the asparagus mystery.  Half the guests thought the other half was either way out in left field, stupid, smokin’ crack…or just lying.  In this case, knowing the facts, it makes some kind of sense.  If you have the gene for smelling asparagus urine, you can smell it.  Otherwise, the conversation is just plain weird.

Looking at all the citizens of this country, and seeing a near total breakdown of communication between two factions that can’t be explained away.  Just as there are predispositions toward color blindness, cancer, diabetes, sociopathy, being an artist or writer…or even being able to smell asparagus pee, having spent nearly seven decades observing my fellow man, I’m pretty sure now that there are predisposed attitudes toward empathy, sacrifice, and even toward how much the most basic concept of telling the truth is valued. 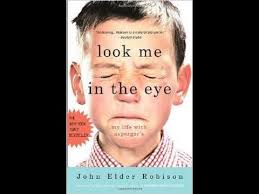 If you have a loved one with Aspergers Syndrome, this may help you understand

I have acquaintances and even relatives, who seem to have no concept of empathy or sympathy, and in some cases, of even being able to experience the abstract concept of humor.  Aspergers Syndrome accounts for some of this, though I suspect this is just the tip of the iceberg.  I have one relative who has actually had to learn to synthesize laughing to get along in the world.  That person, will hear a joke, see everyone laughing and then the attempt begins.  It sounds bizarre.  “Hah–Hah–Hah”.  Can this be chalked-up to some aberration in the genetic coding?  It’s very possible 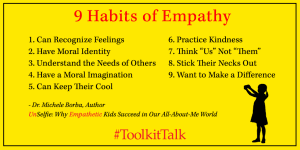 Regarding empathy, I see even larger groups of people in the news, who perceive no problem with an entire island (Puerto Rico) suffering and dying because…(ready for this?) the hurricane was their own fault.  Or hundreds dying because of a hurricane in Texas, or a wildfire gone insane in California.

Or…for that matter, scores, if not hundreds of women, young and old, abused and sometimes raped, passed off with a shrug.  I suspect that rather than some evilness prevailing, some portion of humanity, cannot empathize with the devastation of rape or abuse.  The reply goes,  “They must have been asking for it.”

Lastly and this is one that just utterly boggles my mind:  It’s possible that there is some portion of  humanity that fundamentally doesn’t care about what is TRUTH and what isn’t.

If a movie producer in Hollywood abuses or rapes fifty women, well….I suppose that’s probably not all that great.  Apply the same scenario to a high-level politician however, and “Well, that’s probably not true.  Or…if it is, what’s the big deal?”  I assure you it’s a very big deal.

I know from close personal experience that there are many individuals who really have no interest as to whether a statement is actually true…or false.  When cornered on this, they will look you straight in the eye and say, “Ya know what?  I don’t even care!”  These are grown-ups, adult men and women who have survived decades on the planet, with no care whatsoever for the truth.  How can this be?  Believe me, it is here and in spades.  It reminds me of what was meant to be a cynical joke…emphasis on joke.  The line goes,  “Don’t confuse me with the facts, my mind’s made up.”

I don’t know whether this predisposition has always been there, just waiting, or whether there’s something this year that has triggered it.  I guess it doesn’t matter.  It’s here and it seems to be growing exponentially worse.

In college, majoring in philosophy, and then afterwards, I was left studying the big questions of life.  What is truth?  What is good?  Why are we here?   When our son, Cameron came to me when he was a munchkin, I didn’t worry about the big-facts-of-life   questions.  To me what was hugely more important was whether his word meant anything.

P.S.   This just came in this week, but I think it’s of key importance to understanding what’s going on in America this moment.  In a long-term scientific study they have learned that people, all people are more inclined to believe the BIG Lie rather than a small one.  It’s counter-intuitive, and yet it rings true.  If I were to tell you that my net worth is a little under two million dollars, (it’s not) you might think I’m pushing the boundaries a bit.  But if I were to tell you that my net worth is slightly under seven million, you’d be much more likely to think that it’s probably just three or four million.  People, American people in particular are extremely vulnerable to BIG lies.  Good folks simply can’t believe someone would lie that hugely.  Guess again and America as a whole is getting desensitized by the sheer numbers of huge lies.  It’s unprecedented.

8 Responses to "What Happens When You Eat Asparagus?, The Epley Maneuver, and why Telling the Truth Is Important"