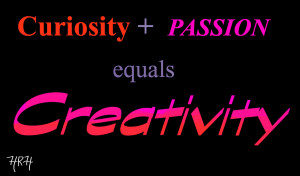 Most of the time, we talk ethics together, ponder such questions as, “What is a frenemy?  When does Old Age Begin?, or we’ll swap stories about how terrifically good Brazil nuts are for you.

Today, we’re Taking The Road…that’s Really Less Traveled:  And strangely, it ties in with all the things you care about: being happy, feeling fulfilled, and rejuvenating that elusive ingredient of PASSION.

EXCUSES:  Okay, you’re too old for that.  You’re too busy for that.  Your plate is full and you’re just too tired.   I hear that every day, from just about everyone, sometimes even myself when I peer in the mirror.  You will always have twenty excuses not to do something, but the truth is, when you get that fire in your belly, curiosity, passion, ego, then everything pivots.   When you wake up with a mission for the day, that day flies by, it’s exciting and it’s fun.  All good things and also good things that make you physically and emotionally healthier.

A Key Trick for You.  Stephen King has used it all his life.  He asks, What if?????   What if I were to?….and then fill in your own blank.  I’ve never made jambalaya.  I wonder what that would be like?  I wonder if I should let my hair go silver.  I’ve never grown a fig tree.  I always wanted to write a short story.  A million things you can do. 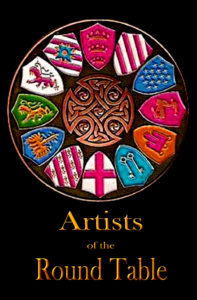 Artists of the Round Table (A.R.T.)  Most recently, I invited a select group of individuals to the house to discuss forming a group…and a wild and wooly group it is as well.  One was an attorney stationed at the Pentagon…and possibly the wildest of all!  One is a world-class painter.  Two are consummate wood workers.  We have a fiber artist,  inventor, writer, silver smith, potter, sculptor and on it goes.  And that’s just some of the talent in itty, bitty Old Fort, North Carolina.  Who’d a thunk???

The reason for the round table?  When you have that much horse power and ego power, it’s kind of necessary.  Everyone gets his say, though the pounding of fists is discouraged.

The Goal for the Forseeable Future:  Kaleidoscopes, but not just any kaleidoscopes.  World Record, Guinness Book, “No one’s ever done one of these before” kaleidoscopes.  No rules.  No boundaries.  Every idea is on the table…or maybe part of the table.

Is the Round Table restricted to Kaleidoscopes?  Absolutely not.  Anything goes, and that’s how it should be. 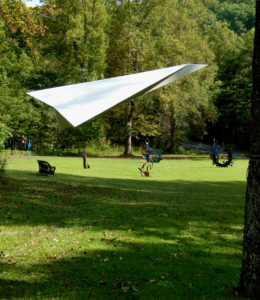 Several in the Round Table Group are patented inventors with inventions already in various stages of completion.  More about that in the not-too-distant future.

As recently as yesterday,  Pat Thomas, Pamela and I erected a very, very large “paper” jet in our sculpture field at Dragonfly Studio.   It moves nicely, serenely, though the installation was anything but.  Pound for pound, this was one monster to erect and make fly right.  Appearances can be deceiving.  In house, we’re calling it “that bugger” for now.  It broke, not one, but two steel cables.  It’s ten feet long, made of Cintra and the design was accomplished through much arm-wrestling between Pat and me.  Today a 10-foot paper jet…tomorrow a six-foot Cootie Catcher! 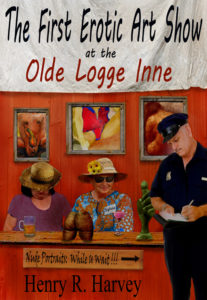 One writer to date…yours truly, has about 300 pages into a novel about a fictitious retirement home populated by gnarly, iconoclastic, arty, weird people, intent upon NOT ending up medicated and parked in a wheelchair for the last chapter of their lives.  Their collective bucket list is a big one.   Warning:  This book is not prim or proper nor is it suggested for the faint of heart. Here is the working-cover design:

Interesting Questions:  Already we’re getting one question that keeps coming back to us.  Is A.R.T. looking to go national?  Is our goal to  have satellite A.R.T. groups all over the country?  The answer for now is: Interesting thought.  Maybe.  But not right now. 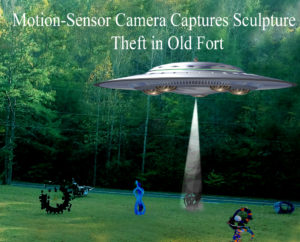 P.S.  A somewhat reliable source sent me this image of the Dragonfly Sculpture Field.  I’m not certain whether it’s real or has been faked somehow, but it causes me to wonder.