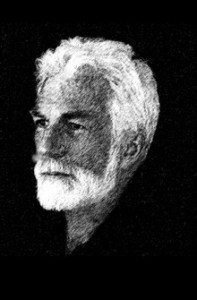 Henry Harvey graduated from Franklin and Marshall College where he majored in philosophy. He was accepted pre-law at Columbia, but then, flew jet fighters in the US Air Force. It seemed a logical progression at the time.

While stationed in Japan, Harvey began experimenting, creating sculptures out of metal using a torch. His interest quickly became a passion and he and his wife, Pamela, moved to Tucson, Arizona, where he opened a small sculpting gallery. He eventually moved to Pennsylvania, opened a large gallery and began expanding his techniques and his talent.

Growing up with a father, who was a best-selling writer, a very young Henry Harvey swore that the last thing on the planet that he wanted to do was write, because he had witnessed how painful writing was for his dad. But then, something happened. He read a small book, entitled, Illusions, by Richard Bach and decided to take-up the challenge. After the obligatory, “five-in-the-basement” where he honed his writing skills, Harvey wrote a novel called Potter’s Mill. He won an award for his screenplay of Potter’s Mill, and then it was optioned for a movie by Polygram… and recently re-optioned by White Water Films.

Other novels followed. Playing on the Black Keys, The Antlers Inn, Peace Sign, Saphos Assassin, Black Dog Gallery and Requiem for a Small Planet to name a few. 37 Cents a Fart…and Other Infamous Animal Stories, his latest book from Schiffer Publishing, is a grown-up book about animals…warts and all.

Harvey has also invented/patented many devices outside the world of sculpting, including Omega Shock, a new approach to bicycle suspensions, Dragon Chess, a variation of regular chess, Dragon Teeth, an improved wall hanger, Aardvark, an improved snow shovel, and a new board game called You’re a Genius. Most recently, the Tiger Rake, which is a total ground-up reinvention of the raking.