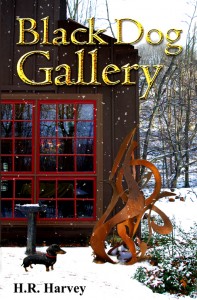 Jack Sheppard is at the end of his rope. No…not that kind of rope. He’s been parked at the far end of the bar at The Country Gent for hours, inhaling shots of Johnny Walker.

After his wife, Beckie, sold her first novel and went on a book tour, their marriage began to head south.

At this particular moment, Jack is writing an ad for some part-time help. It reads: Chance of a Lifetime!!! If you’ve always yearned to be an Artist! If you like Guinness, Billie Holiday, and like to work with your hands…

Unfortunately, even in his stupor, he knows it’s all bullshit. Jack is a sculptor and Beckie has been his lover, his friend, and his right arm. Her only screw-up was getting famous.
His ad draws all kinds of strange characters, but he finally hires an oblique, inscrutable Japanese girl, named Hisako, to work for him. She’s young and exciting and interested in him…and the mess begins.

When Beckie returns, she must decide between a life of book tours and fighting this little Japanese girl who has insinuated herself into Jack’s life. And then things truly go south. Harvey cleverly draws you into his strange, arty, and sometimes twisted world of sculpting, and once he has you, you can’t let go.