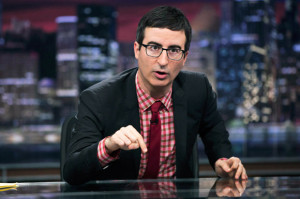 At my son’s urging, I watched what was for me a highly controversial story on Drones, by John Oliver.  Here’s the link, if you decide you want to judge for yourself: www.youtube.com/watch?v=K4NRJoCNHIs

First off, the are few categories of topic as schizophrenic as drones.  Drones fall into one of two categories:  The Fun Ones, often capable of doing great good, helping firemen rescue workers, farmers, etc. and the Deliverers of Death with scalpel-like precision.  And if you’re trying to second-guess which vantage point this article falls upon, you’ll probably be wrong.

The Exact Enemy*  Let’s just set aside the little drones that find hikers, victims in burning buildings…and shoot surfing shots, wedding shots, shots of hump-back whales…humping.  Let’s look at the military drones which fly high (noiseless and invisible) over the skies in the Middle East.  There they can virtually hover, waiting, watching, until the right moment until the exact enemy* ( or pretty exact…sort of…with a few disclaimers) shows up.  That asterisk is key.  We’ll get to it in a moment. 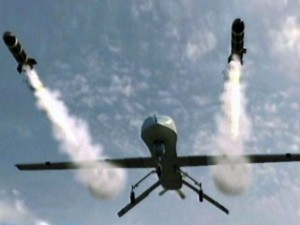 Though I truly like John Oliver, I believe he misses the mark two ways in his article.  Not to harp, but the story itself is schizophrenic, not quite sure if it wants to be funny or serious.  Sometimes…you can’t have it both ways.  Second, as in many arguments, it doesn’t explore any alternatives whatsoever.  Nor does it gaze back at history for even a microsecond. 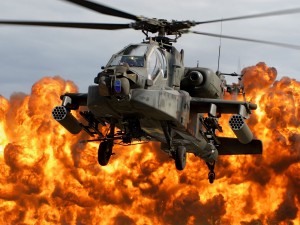 Vietnam:  As a background, most of you are aware that I did serve in the military during the Vietnam War.  I was against the war…but I served to the best of my ability.  But there were things in that war which I really didn’t agree with: Napalming entire villages, women, children, dogs, cats, comes to mind.

Carpet bombing is another term you might remember.  To the uninitiated,  huge B-52 bombers would drop thousands of tons of bombs from 20,000 feet (invisible from the ground) and a minute later, square miles of land would be extinguished.  It was a terribly crude and surprisingly ineffective weapon.

WWII:  During this war, we found it necessary (and perhaps it was) to perform saturation bombing on Tokyo with firebombs.  The result of this was a combined effect of creating a massive hurricane of fire when taken together, which essentially burned everything to the ground.  Dresden was even worse…

Hiroshima, Nagasaki: We also were the first and only country to “try out” our new toy, the atomic bomb on two islands, purely civilian targets, killing hundreds of thousands of human beings 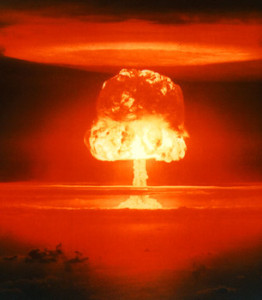 either instantly or slowly afterwards through radiation poisoning.  This we did, not to scare Hirohito, as is advertised, (he was already a bent -dick…s’cuse my french).  It was, instead, to warn the Soviet Union.  Was that a balanced viable argument for killing 200,000 people?  Answer that one for yourself.  D-Day invasion:   29,000 American lives lost in a single day.

The point I am attempting to make is simple.  War is, was, and will always be….obscene, hellish, monstrous, insane.  It boggles the mind to even conceive that we as a species consider it as any sort of option at all.  And yet, we do.

Back to the drones.  The argument du jour is that drones are so….precise, so cold-blooded, so…..chicken-shit… (They are launched and controlled by people sipping coffee, thousands of miles away, as if they were playing video games.)  The biggest point that John Oliver makes is that we don’t always know exactly whom we’ve targeted.  That’s a valid point…but compare it to the alternatives.

Right now, the only valid alternative to using drones is using cruise missiles from a carrier in the Persian Gulf, or perhaps more carpet bombing.  These are not good alternatives.  If you look at the actual statistics, what we are arguing about now, with regard to drones vs. the alternative is the possibility of killing a person who is standing next to your target…versus, wiping out the entire village.  The fact that we are at war is heinous enough, insane enough, obscene enough.  Switching back from a surgical scalpel to 50 sticks of dynamite hardly seems like an improvement.

The more important question is: should we be there at all?  Should we be at war?  I won’t even try to answer that one.  There are huge mitigating factors of which I’m sure I’m unaware.  I’m pretty sure you are, too, unless you sit in the Situation Room on a regular basis.   But other questions have to arise at this point.  Does any of this do any good whatsoever???   We’ve been in the Middle East for nearly four times as long as the entire span of WWII.

Are killer drones good?  No weapon is good, but killing four with the possibility of killing one innocent, is an improvement upon wars past where killing hundreds of thousands of innocents was a viable option.

And, though I really like John Oliver, I felt and continue to feel that interspersing tasteless humor back and forth within an article of such importance was inappropriate, short-sighted and tone deaf for something this important. 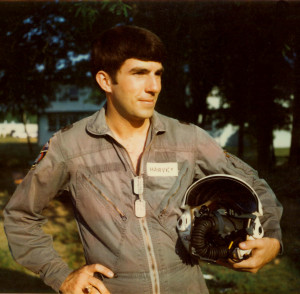 3 Responses to "The Good, The Bad, and the Ugly…Drones"