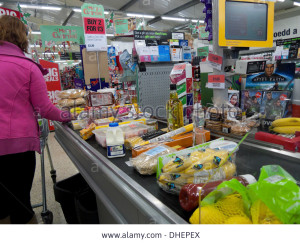 We were in the check-out line at Wegmans yesterday, and struck up a conversation with a pretty sharp high school kid.  Reminded me of Woody Harrelson on Cheers, seemingly naive, funny… smart and a twinkle in the eye.  We started talking.  He mentioned politics and then we both agreed, we couldn’t talk about that.  No matter what, somebody would tar & feather us.  Religion?  Oh, God, that’s an even more dangerous topic.  People started listening in, trying to figure out what we were gonna talk about. 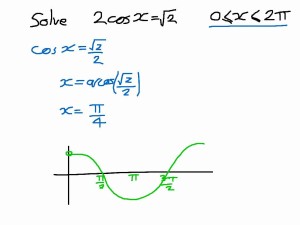 Finally, I said, “How ’bout trigonometry?”  Woody (his real name is Joey) looked at me like I just landed a flying saucer in the back.  But then he caught on.  He looked around, “How many people here HATE trigonometry?”  We had a quorum!  In fact, it was unanimous!

I kicked off:  “Okay, my salmon filet for anybody who can tell me what a cotangent is”  My filet was safe.   Then a woman, not even in our line, piped up,  “Yeah!  I can multiply 435 times 234.  But then… you divide it by the cosecant of X and I have no idea what a cosecant is to begin with.  How do you divide a word into a number?”

Nobody had an answer but… we were on a roll!  I looked around and “Woody” and I had the attention of about eight people, each beginning to salivate at the prospect of finally getting to diss, trash, rip the crap out of trigonometry once and for all.

I decided to up the ante.  “How many people have ever used cosecant anytime…anywhere…for anything after high school?”  The gal in the other aisle yelled, “Never!”

Somewhere along the line, Woody wanted to know what I’d majored in.  I said (honestly) chemistry….for one week at F&M.  “Why?” Woody asked.  “Because college chemistry is apparently a little harder than high school.”

“So what exactly did you major in?” Woody asked.

“Philo.   It’s good for three things: teaching philosophy, being a stand-up comedian, or being a fry chef at McDonalds.”

I can vouch for the fact that majoring in philosophy is MUCH easier.  All you have to do is figure out:  If there’s a God, When did the universe begin, Why are we all here?  What is the nature of kindness, honesty, truth.  Compared to trig, it’s a veritable piece-a-cake.

If you get cornered at a cocktail party…  Who you gonna vote for?  What religion are you?  You might counter with, “How do you feel about trigonometry?” 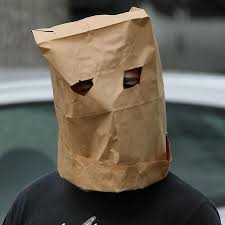