Please fasten your seat belts.  We may be in for a bumpy ride.  I’m just guessing here, but I had The Dream last night, and it’s probably within 5% of a dream you’ve had at one time or other.  And…I’m pretty sure we’re going to go down a bunny trail that you aren’t expecting. 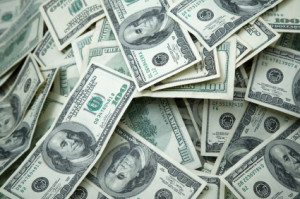 The dream was complicated but scraping away most of the details, we’d had a terrific thunderstorm hit our house.  Rain so heavy it was scary, our gutters shooting out water like a fire hydrant.  At some point there was a terrible THUD  in the upstairs bedroom because 20 square yards of soggy sheet-rock had collapsed on the floor.  But then… amidst all the soggy mess was a shrink-wrapped package about the size of a seat cushion.  I thought it was some lost druggie’s stash of drugs, but it was better…at least I thought so at that second.   It turned out to be $146 million dollars in large bills and, in the dream, it was tax free!   Now, that’s a GREAT dream, Henry!

You’d think so, wouldn’t you?  As it turned out, it was a very depressing nightmare on pretty much all fronts.  Now, keep in mind, this was a dream I had, so not all of it will make sense.  First thing that happened:  I was inundated by family, extended family, and hugely extended family, many friends, acquaintances, business associates…my whole little world seemed to be there,  all with the same goal.  The rationale?  Gee…you have a whole mountain of money.  Give us some.  Courtesies quickly fell by the wayside.  “Sorry, Fred.  I’m not giving you two million dollars…” “Well, who the HELL do you think you are???”  My kid needs a good college education or I’m driving a 7 year old car.  Do you want us to have a wreck because you’re too damn cheap to buy us a car?”   Stuff like that.  Even some close friends, who should know better, just spun it a bit differently.  “We go waaay back Henry.  You’re like a father, brother, (rich uncle) and we…really do need a couple hundred thou to help us out.  That’s just a drop in the bucket for you.” 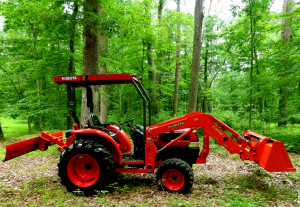 I guess you can expect this kind of thing in a dream…but for us, it gets worse.  As recently as yesterday (this is reality now) I finished up a very mundane project.  My mechanical buddy, a 12-year-old Kubota tractor, that’s gotten my out of more jams than I’d care to admit, was looking a bit shabby.  Got a quart of special Kubota Orange paint (expensive stuff…$47 a quart) and stripped every dollop of oil, dirt, old grease and bird shit off the thing.  Then proceeded to paint it, fix scratches, and I even triple Armoralled the tires.  Bottom line:   It looks truly brand new!  She’s beautiful!  Pamela came out and clapped.  I’ve  been going outside just to look at it in the dappled light and took some pix of it.  Okay…it’s just a tractor, but over the course of a July 4th weekend it transformed.  Know what else?  It made me very, very happy…painting a goddamn tractor.

Back to the dream:  The guy at the Kubota dealership showed up.  He snickered at my paint job.  “This is just stupid, Henry.  Just get rid of Luke (I name my vehicles) and we’ll get you into a top of the line NEW Kubota. ” I started bumming-out.  I had somehow wasted my time and made a fool out of myself as well. Luke runs just fine by the way.

Switching gears:  In reality, Pam and I have been salivating over a property down in Asheville, NC.  It’s got 2 waterfalls, a trout stream, etc. etc. but needs a bunch of work to make it truly ours.  In this dream, however,my realtor showed up.  He said something like this: “Well Henry, are you ready to go shopping for a REAL HOUSE?  You won’t have to do squat.  Everything’s all new.  Everything’s PERFECT.”  I started sinking lower.  Pam has compiled a formidable Pinterest list of every possible cool project we can ever do at Blue Bayou (what we’re gonna name the place).  We like Moroccan lighting and have been budgeting for it. In the dream, I told Pam.  “Just buy 100 lights Buy 200.  We can afford it.  We’ll put ’em somewhere, anywhere.  It doesn’t matter any more.”  Instantly, the lights weren’t special anymore.  Virtually all of the projects we’d lined-up looked silly now. 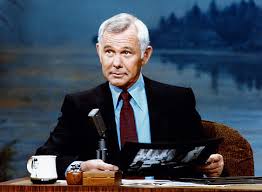 Remember Johnny Carson?  Here’s a little truism:  In a rare interview, he admitted that his first car had been truly special to him.  It was a 1939 Chrysler Royal Sedan.  Now that he could buy entire fleets of cars, they all meant nothing.  He finally tracked down his old car and repurchased it, attempting to regain the magic of his childhood.  But it was gone.  He’d also lost some other things in his life that he had loved.  Having married not one, not two, not three, but four gorgeous wonderful gals, the money and the fame destroyed  each of his marriages  Friends too.  Off stage, he had turned into a lone wolf. 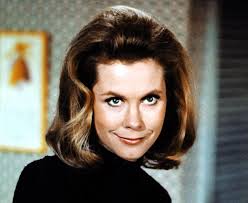 …I warned you I’d be jumping all over the “dartboard”.  When I was much younger there was an episode of a real Twinkie of a TV show called  Bewitched.  But one episode hit home with me as seriously as a semester of “What the Hell is Life About?”  In the episode, Samantha (beautiful Elizabeth Montgomery) played a modern day witch.  Her husband played her very normal very human   counterpart.  At some point, realizing that “Sam” could twitch her nose and get them everything and anything, he asked her to create a fortune for them.  Sam looked at him oddly for a second.  “Okay, honey…” Twitch, twitch and they were up to their fannys in money.  Four seconds later,  “Okay now, I’d like us to be in the best restaurant in Paris.”  Twitch twitch.  After four more seconds of this, Sam suggested something much more efficient.  She suggested that she could just twitch thoughts into his mind and he could experience all the STUFF without even leaving the room.  He could just sit there and close his eyes.  He almost went for it.  But then, he said, “But if I did that, none of it would be real.  Nothing would really mean anything…  I wouldn’t have actually done anything with my life.”  Twitch, twitch and they were back in suburbia, sitting on a plaid couch with the neighbor’s lawnmower roaring outside.  Reality was better.

Reality and doing it for yourself really is better.  Look at how many child and teenage stars are completely ruined by mega doses of money.  Money can easily all those little dreams, the ones where you have to do some sewing, or grab a paint brush, or help your buddy chop up the tree that fell in his yard.  If you just write a check for it, it’s as good as….and as bad as….twitch twitch.

Remember Young Miley Cyrus?  She was CUTE!  Reminds me of a daughter Pam and I might have had.   Now, just add a hundred million or so and voila!  The new and improved Miley.  So sweet.  Maybe a couple hundred million really can work wonders…

And…if any of you are thinking that Pamela and I are subtly informing you that we just got a lot of money…guess again.  We lucked out.  Looks like I’m gonna be writing and sculpting till I keel over, hopefully a bunch of years hence. 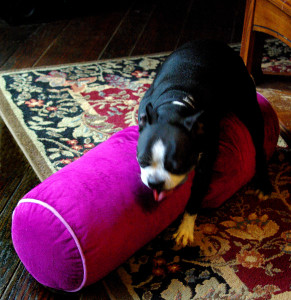 Oh….ya know the only ones who didn’t change in the dream…nightmare I had?  Pamela and my pups.  In fact, in the dream, Scootie actually peed on the shrink-wrapped  146 million while it was on the floor.  Maybe my subconscious was making a point.

P.S.  It’s generally considered to be poor form to add a non-sequitoral postscript (nothin’ to do with nothin’ you wrote) but…here we are!  I’d just finished writing this essay when I got an e-mail from a friend.  (Read it at 2:15 am this morning and it was so good it woke me up the rest of the way.)  Again, it’s just really good enough that I’m breaking a good-writing rule by throwing it in.  Ya say you’re gettin’ down in the dumps?  Feeling a little sorry for yourself?  Watch it and smile at what’s good in humanity.  https://mail.google.com/mail/u/0/?tab=mm#inbox/14e7fde5e774c500?projector=1