A few years ago the book, 50 Shades of Grey, came out, a bit of sexual voyeurism for…well…mostly women I think.  If you’re thinking this essay is about that, you’re going to be sorely disappointed.  No tits and ass, no whips or chains, this is about the way we (hopefully) change our perspective about things as we mature and become wiser. 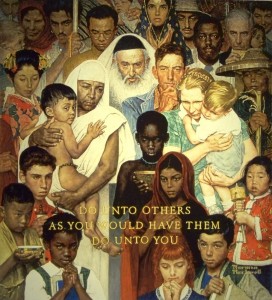 Can You See Yourself in Here?  Click it larger

Writer, biologist, author and controversial Teapot Agnostic, Richard Dawkins pointed out that no children in the world are born republicans or democrats, communists, liberals, socialists or neo-classicists.  “We’re just born little kids…and that’s about it.”

However, many, many folks on this planet will tell you that their three-year-old children are born Christian or Jewish, followers of Islam or any one of a number of religions.  Way down in your guts, I think you know that’s not true.  Virtually all children are born innocent.  But then they are served up a great heaping portion of whatever their parents are.  And at four years of age, it’s pretty difficult to discern fine nuances of anything.

There is heaven and there is hell.  If you do what’s right, all is groovy, anything from virgins to sitting on a cloud and playing a harp.  It’s explained to you that if you’re a bad little kid, you will burn in eternal hell fire.  This is not a terribly difficult decision for a little kid to make.  “Uhmmmm… which is the one where I don’t burn to death?  I’ll take that one.”  And so from a very, very basic age we are given no real option whatsoever.  Our minds are pre-programmed and none of us questions what is obviously The Truth.  Life is Black or Life is White.  Forget shades of grey.

Later, much later, in school we begin to have tiny “eureka moments.”  Whenever you say  ALWAYS or NEVER, you’re leaving yourself open to the possibility of being very wrong.  Rarely do the words always and never really apply, no matter how much you try to argue the point.  Will two plus two always equal four?   For anyone with even a rudimentary knowledge of math there are half a dozen exceptions that come readily to mind.  Will Earth always have gravity?  Always?  Possibly not.  And on and on it goes. 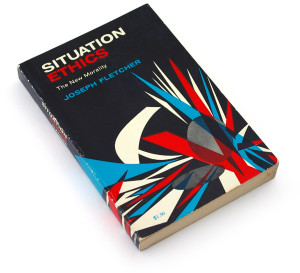 Later still…for me it was while taking a course in college called Situation Ethics, I learned just how many exceptions there are to even the most basic tenets I had been taught.  Is it  always good to tell the truth?  Of course…   Well…not if you’re being asked the combination code to the nuclear warhead your enemy intends to destroy your county with.  I think most loyal nationalists would give you a “pass” on that untruth.  But still, we are just scratching the very thinnest of surfaces in this concept of black…white…and the (not fifty) but 27,000 shades of grey in between.   Most of all, the point of this article/essay is to show you the beauty as well as the necessity of attempting to see the myriad shades and gradations of truth.  The following are some places where you and I may really have to stretch to see the shades:

Let’s pick probably the hardest one of all, the people who are closest to us, relatives perhaps, or close friends…parents, siblings.  I’ll kick off with my own…  I guarantee it’ll be one whole heck of a lot easier for you to be objective about my folks, my family rather than your own.  I’ll try to keep it in shorthand so we don’t get bogged down with the details.  Factually, my mom was the center of my universe, smart, pretty, a talented concert pianist.  She protected me from my father, who was a Hemingway-esque writer and, unfortunately, a very nasty alcoholic.  He had boxed in the Navy and from a very early age, he impressed (scared) the shit out of us kids with his prowess, by beating the crap out of the heavy punching bag that hung out in the barn.  Unlike today, nobody dared mess with Dad about anything…ever and there were never any warm and fuzzy TV sitcom moments with him.  He was scary till the day he died.

Here, you can see that I’m setting up for a classic Mom is good, Dad is bad assessment. Though my example is extreme and deliberately oversimplified, it’s also accurate.   Perhaps you have a relationship that has one or more of these aspects.  But here is where it gets interesting. 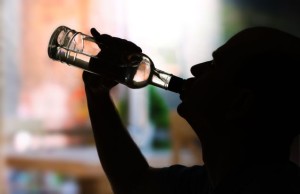 Pretty early on and possibly because of a whole lot of philo training, I began actively searching to see what the other  side of the story might be…what other shades of grey existed.  That Dad was scary and something of a prick was a given.  But was he evil, wicked, an  entirely black figure in my life?  No.  The most useful term for me was, and is, to view him as a victim in a long lineage of victims.   For some reason, that takes a bit of the bite out of the childhood fear.  Again, I don’t want to bog-you-down with my history.

The point is this:  If you can convert some of the broad-black brush assessment of family, friends, acquaintances into something more nuanced, it’s much, much healthier for you.  More than that, pragmatically, it saves you gobs of emotional energy…wasted energy.  It takes an amazing amount of energy to hold a grudge or to hate someone, some group, or some organization.  It’s just not worth it and once you sincerely attempt to “tread a mile in someone else’s moccasins” as the adage goes, you learn just a whole helluva lot.

An old friend and mentor to me when I was younger, told me this about my relationship with my father.  He said,  “You aren’t the first man to fear or hate your father but…here is the advice:  Whatever you feel toward him, try as much as you can to ACT toward him in a loving manner.”  The operative word is ACT.  In other words, treat him well, no matter what.  Why?????  For your own hedonistic practical reasons.  Hate and fear take energy and you’ll just waste that energy.  And, eventually, when your father dies, you could be left with guilt, and possibly regret.  If you always act in a loving manner, you’ll be treating yourself a lot more kindly.  When my father did die, there was no guilt on my side.  No tears either.  I saw him for what he was, a poor SOB who was a victim as many of us are.

The concept applies to a whole spectrum of feelings and perspectives we have about a whole bunch of people, races, nationalities, age groups, areas of the country, the world, religious affiliations.   Yeah……that’s a pretty broad spectrum and without knowing most of you, I’m guessing you have at least four or five or a whole lot more categories of people whom you’ve decided would be best if they just vanished forever from the planet.  Peer at the world through another knothole in that fence, however, and you’ll see people peering back, who just might relish the thought of you disappearing.

A small but interesting perspective I got from none other than Chris Rock, the sharp-tongued, funny, good-looking and very wealthy black comedian. He said, (paraphrasing).  “Yeah… I am rich, waaaay richer than you are.  And everybody knows my name.  I am FAMOUS.  But…how many of you out there would wanna trade with me?  How many of you would want to be BLACK???”  I suspect that for the most part, every black man, woman and child on this planet shares a constant 24-7 tension of being either feared or hated to some degree.  Imagine having that hanging over you…………………………..Forever.  Think you might eventually develop an attitude? 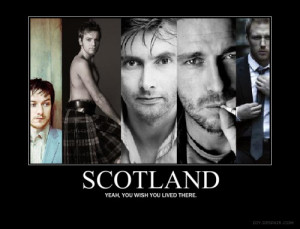 On and off, for most of my adult life, I’ve been mistaken as to my religion/ethnicity.  In short, a whole lot of people thought or think of me as being Jewish.  Think for a moment, and if you like, Google what the Scottish Highlanders look like and you may see the clue…a high- bridged nose.  If you snap to judgement, you might think, must be a Jew.  Though I’m not one, (I was raised Episcopal and the clan Harvey has its own Scottish coat of Arms,) my reply to the question, “You a Jew?” with, “No, but thanks for the compliment!  I’m assuming you think I’m both smart and funny.” That pretty much stops them in their tracks.  More importantly, it gives me a perspective on being cast into a minority group and getting a very real taste of what it feels like.  Doesn’t feel very nice, even though I can show them the wedding pictures of my son where the entire family is dressed in the appropriate Scottish plaid kilts.  Personally?  I’d be equally at home in any garb, any house of worship.  My friends are my friends and they come in a wide variety of flavors.

Truth is, the world, and I think America in particular, really likes to pigeon-hole our fellow man.  You pretty much can’t win in this country.  Even the states in America are stereotypical:  Born in New Joisy...I know.  My wife…New York, but with few exceptions, every state I know is whacko in its own way.  And the regions, Yankee assholes vs southern racists.  California is its own weird country…as is Texas.  Both of these states would really prefer to just secede.

Religion?  Give me a ten-foot pole with a ten-foot extension and I’m still leery of even getting close.  As I alluded in the first paragraph, your mommy and your daddy determined early-on what your religion was to be.  And that, my friend, is why   YOUR family is going to heaven, not so much any of the 5,000,000,000+ other people on the planet, belonging to those other religions.  Hell will be a very, very, very crowded place.

Yes, we all seem to have two great big GIGANTIC paint brushes, one black, one white, and an itsy bitsy one to handle the forty-five million other shades of grey.  Yeah, this all works really well.

I consider myself a work-in-progress.  I can honestly say right now that I hate no one, no race, no culture, no nationality.  Not too keen on what Hitler did though.

Strangely, one of my prejudices/gripes right now is with none other than Fox News. Before you tar and feather me, think back to your own childhood and the nature of news reporters.  When I was brought up, we had Chet Huntley and Dave Brinkley, Walter Cronkite (bless him) who finally blew the whistle on Viet Nam, Eric Sevareid, Douglas Edwards, Dave Garroway, and Edward R. Murrow… a pillar, in my opinion.  There were more, of course and they ALL  at least tried to get the truth straight.  Those were the rules.  That was the goal.  That’s how it is supposed to be.

Now, on both sides, liberal and conservative, it’s heavy-duty sitting on those scales of justice.  Still, in order not to have just another black brush to swipe at the problem, I’m attempting now to see why Fox News, and to some extent the liberal other side, seem to have lost their gyroscopes.

To steal a line from Richard Dawkins,  “I prefer to believe in what’s TRUE and what has evidence to support it.”   Things have drifted waay off that goal.  The world is really a much greyer place than you’d think…and in this context, being able to see the greys is a highly desirable thing.  Give it a shot.  It’s harder than you think.  It begins with taking a moment to go and really look at your own eyes in the mirror. 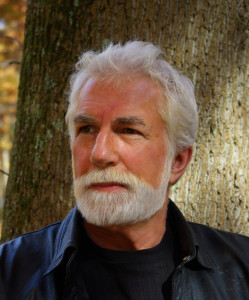 10 Responses to "Black & White and Shades of Grey"