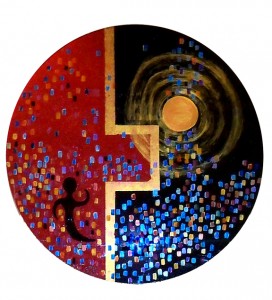 Okay, we hit an interesting nerve yesterday on the subject of Empathy.   And I say “we” because it really takes two to tango and you, the readers, are sending fascinating feedback.

If you’re reading this and saying, “…huh?” then you missed the last blog, which is key.  In a nutshell, though empathy sounds like sympathy it’s drastically more powerful and can be used to huge effect in business, personal life, and any life involving other human beings.   What’s truly amazing is how little it’s understood…and used.  Want a huge leg up?  Read on.

Half an hour after posting yesterday’s blog, I received an invitation to lecture on the subject to (no, this isn’t a joke) a radical anarchist group on the east coast.  My first thought was, Man, this is weird.  Why would anarchists want to hear about empathy?  It finally dawned on me.  Two minutes later, I received an e-mail from a young guy who’s just met “the girl” and he’s learning to use empathy… proactively.  I also received a number of responses from people who seemed to be scratching their heads.  How do I use empathy to…make a sale, side-step a traffic accident, get closer to my significant other?  Get along with my kid?  Lastly, I received a couple of e-mails from people who seemed utterly in the dark about the concept of putting yourself in someone’s situation.  It was as if I were speaking Swedish.  So we’re running a really long gamut of understanding.  Unlike many self-help books, this concept is doable and the results instantly recognizable.

Here’s a metaphor that might help clear the water.  Picture one of today’s automatic transmissions with six, eight speeds and hundreds of tiny metal gears all spinning at different speeds in very close proximity.  Remove the transmission fluid from these little gears and see what happens.  First off, things begin to heat up fast, then there’s that moment when some gears are supposed to mesh together…only they don’t because there’s no lube to ensure them meshing.  Things break down because you have little parts breaking off and overheating and soon there’s no forward movement in your car.  You are now officially walking and probably calling a tow truck.

Another metaphor that’s a little quicker to explain and also involves forward movement.  Whether you’re in a red state or a blue, think of Washington D.C. right now and look at all the broken parts, overheating, and lack of motion (cooperation).  It’s not safe, good, or profitable when nations stand still.  Or closer to home, how’s it going with your kid, your spouse, your boss, your in-laws or that one special neighbor?   If it’s other than perfection, you can make it better…quickly…and permanently.  What’s it take to become an empath?  Learning to truly be able to put yourself in the other person’s situation…even if it’s for your own purposes.

So…what is empathy?  Empathy is two gallons of transmission fluid for a transmission that’s empty.    If you already get along wonderfully with everyone you’re…  well, you’re in the minority and/or you just might already be using empathy for the excellent good it can produce.  If you know about it already, you’re nodding to yourself and saying, “yup, damn-straight!”

If you don’t know about it, you need to know that everything has a cost… including learning to empathize.  What does it cost and where do I go to pick up a gallon or two of the stuff?  Unfortunately, as you may be suspecting, valuable stuff, really valuable stuff doesn’t come cheap.  Worse than that, the more you need it, the more important the issue, the harder it is.   But it’s so valuable on every level and it doesn’t cost you a dime, and…no matter what your background, learning to understand the other person’s position will always help you.

I’m being unfair to my gender but overall, guys tend to get it on one level, but not another. Picture a football locker room at half time and you’re losing big time.  The coach comes in and says:  “They’re eating us alive!  All you’re doing is running the ball.  They already know our game!  What we gotta do is start figuring out what THEY are thinking!”  That’s a coarse but proactive version of empathy…jumping into their shoes, and looking around to see how it looks…how it feels.  As important as it is empathizing with your loved ones, empathizing with your opponents or enemies is even more important.

Away from sports and into $$$$$…hard cash…something practical and pragmatic.  Show me a hot restaurant and the best waitress in the restaurant, and I’ll show you an empath.  Why?  Because she has to size you up in four seconds and decide whether you just want to be left alone, whether you need to be the god of the evening, whether what you really want is fast service because you’re catching a plane, or possibly you’re about to ask your girl something important and you need a quiet place and invisible service.  She empathizes with your needs and…at the end of the evening there was just something really special about that gal, so you leave a 25% tip.  Dems da facts and we’re talking about hard cash.

But…how can a wussy-sounding word like empathy keep me from having my Audi A-4 slam-dunked in a bad intersection?  I don’t even know the person in the other car.  We have answers, hard common-sense answers that can help you.  Stay tuned and…if you’re shy about posting your comments, e-mail me with your experiences and your questions at harveygallery64@gmail.com

This is a big topic and we’re just getting our toes wet.    Henry

p.s.  Since I didn’t have a good photo of what empathy looks like, I slipped in a sculpture I made of an abstract Zen figure.  It’s as close as I could get…