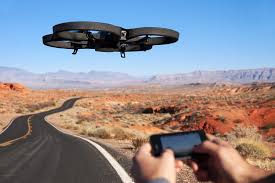 In creative writing, you can boil-down most plots to a small handful.  The two most common are:  Man vs. Man and Man vs. Nature, though we stretch the terms a bit.  King Kong, Alien, Sharknado, and Terminator, all mostly fit into that Man Against Nature Category.  Quietly and insidiously our own machines have crawled into our private worlds, our bedrooms, kitchens and dens and taken up residence.  These creatures can be just as dangerous as any sci-fi monster.  We see it in our children, but not so much in ourselves.   As adults, we view the actions of our children with a bit of disdain mixed with fear.  Is there any hope for an eight-year-old peering at his iPhone while a huge, bellowing hot air balloon drifts just 20 feet over his head?

And yet…as moralistic as I’ve waxed, watching this happening with our kids, I look in the mirror and realize that my own iPad is rarely more than an arm’s length away.  At three forty-five in the morning, it’s already got the New York Times up-and-running for me.  Forget the name of that favorite movie or actor?  Google or Siri is eager to help.  I can’t honestly point fingers just at the kids.  It’s happening and continues to escalate. 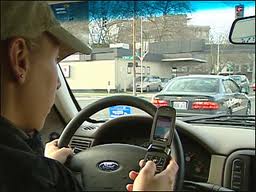 Yeah But…  “Yes, Henry, but you don’t understand.  I really do need to be able to talk on my iPhone…ALL the time.  Yes, even in the car. I’m actually that good.  Besides,  if  I wanted to, I could stop any time I want.”

“Do you really believe that?”  I don’t.  I tried it for a few hours.   But then, my brain whispered, “Okay, you actually have to check your e-mail, your text messages, etc.  This ain’t funny…”   It’s the same thing an alcoholic says,  “Hey!  I can stop.  But right now, I really need that drink.  Gimme the damn bottle…” 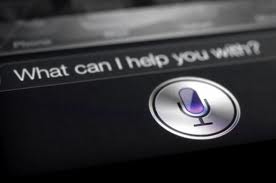 But here’s where the plot gets interesting…Siri:  For about two weeks now, Pamela’s iPad has been acting strangely, and I’m not embellishing here.  We’ll be sitting at dinner with both iPads plugged in on the other side of the room and…from out of nowhere, Siri enters into the conversation.  Yeah…really.

The first time it happened, I was 100% positive that Pam had flicked some switch or a button had gotten stuck, though it hadn’t.  What was worse, or make that more insidious were the times and subjects at which Siri chose to…jump into the conversation with both feet.  A week ago we were discussing what was  just in a particular court ruling when, in the middle of a sentence, Siri asked us if we’d like to know more about Justice.  We looked at each other.  I said, “No thank you, Siri” and began to go on, but then she offered-up a term we hadn’t even verbalized, Equality.  At that point, I went over and powered the unit completely off…I think.  But it left us wondering. 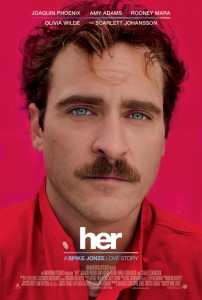 Her:  This morning over breakfast we were discussing some concepts regarding drones and the same thing happened.  Siri powered-up all by her lonesome and actually entered the conversation.  It kinda made me think of a new movie that’s just coming out, “Her” with Joaquin Phoenix falling in love with a futuristic Siri.

I powered Pam’s iPad down, but then I looked over at my own iPad sitting there, and wondered…  And in that moment, it was brought to crystal clarity that you and I and everyone else with an iAnything or an Android-Anything really have no idea what extra micro-chips are in these units.  Can the NSA decide to listen in on your iPad? iPhone, while it’s just sitting there on the table?  I don’t know, but I imagine it would be extremely easy to do.  Think about it.  We are.

Drones:  I’ve written at length before on the subject of Drones.(See: We Don’t Need No Education  http://henryharveybooks.com/uncategorized/we-dont-need-no-education/)  In a wartime situation they are in a precarious place…as we are…as a country, a civilization, and a planet.  On one side, these devices are the perfect ultimate weapon, capable of making decisions and acquiring targets insanely faster than we as human beings can.  In the short term, it saves lives, because no pilot is occupying that drone, if it gets shot down.  When you are speaking of war, however, remember this:  Whatever weapon you use against a foe, if it is effective and available, expect it to be used against you.  There is also that little issue of creating a machine to go out and actually kill a human being…all by itself. 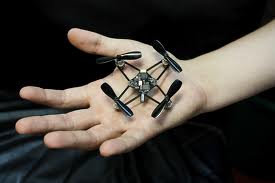 Even now, in its infancy, Drones come in all sizes: from small bugs, to birds, to things capable of carrying a machine gun, to things capable of carrying a nuclear warhead.  Drones are highly effective and HUGELY available, and at pennies versus our millions spent on super fighters.   A drone could show up at your house while you’re away and park in a tree or somewhere unobtrusive on your roof, and you could be bugged, watched, or executed without ever knowing you were in danger.  It’s here right now…today.

From Whence I Speak:  If someone is attempting to bend my ear, I like to know whether that person has any credentials at all or at least some perspective that might be enlightening.  Here goes…quick thumbnail:  As a kid, I was a poster boy for model airplanes, radio control and things that go “bang” in the night.  In college, I majored in philosophy, ETHICS in particular, which may account for some of these articles.  But then…I flew jet fighters during the Vietnam War.  A strange and unlikely mixture?  Oh YEAH…  I was also a Tempest officer, whose central focus is bugs, drones, and other unmentionables.  I was good at it.

Most recently, to know more of what I’m talking about, I acquired an extremely sophisticated drone of my own.  ALERT:  It’s extremely difficult to get one.   First, I had to take a number of tests, pass a background check and finally register with the military as well my local and state police.  Oh, wait a minute.   What I meant to say was: I clicked “buy” on Amazon and it showed up two days later.  Anyone can buy one.  Anyone… 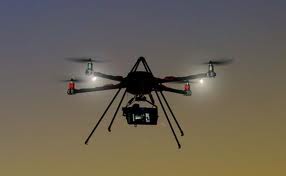 LETHAL:  I won’t mention the name of the company but they are big and have huge resources to make the best equipment you can buy…close to military grade.  My personal quadcopter drone has GPS, sensors for everything, super hi-res cameras and can fly for a long, long time carrying, well, anything I want.  They do tell you that anyone under 18 years of age is too damn young to be owning one (and I agree).  They also warn you that, with no modification whatsoever, it is lethal and can kill.  Excuse me?  What?  That’s correct.  This thing, which vaguely resembles a toy, can kill you.  Well…so can a hammer or a box cutter or a carving knife, though this one can swoop down from out of nowhere and nail you before you could say, “huh?” and it’s all controlled remotely.  They can be 1500 feet away and viewing you through their iPhone which conveniently connects to the device.  Wow.  Is that cool…or is that monstrous?  I guess it depends on where you, the reader, is coming from.  I think it’s something to be concerned about. 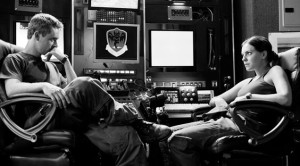 The Movie: DRONES:  Producer/director and old friend, Rick Rosenthal has just finished his latest project, an independent movie, appropriately titled: Drones.  Here is a clip.  The film runs about an hour and half and it focuses on the moral quandary that the people are experiencing, having a “Kill” button at their fingertips while steering laser-guided drones in for attacks against specific individuals.    It’s good.  It makes you stop and think about what is really going on and…should it continue?   Take a look for yourself.  The trailer is two minutes well-spent.  http://vimeo.com/77569902 Rick is goin’ for it with this movie.  If you’re old enough to remember what a Grassroots Cause is… this is a good one.  Care to roll up your sleeves?

The Golden Rule:  Our family is more spiritual than religious.  I think that best describes us.  But a huge cornerstone of our ethical code goes back to this:  The Golden Rule.  I purchased this thing for several reasons:  In one way, it’s enjoyable and challenging to fly.  In another, for business purposes, I want to be able to take  360 degree elevated videos of the large outdoor sculptures I create, as well as take close-up shots of birds in nests 100 feet up, and our property…should we ever want to sell. Rest assured, with every sortie I fly, treating others the way I’d like to be treated will be at the very top of the list.  And in future, articles we’ll be exploring the many good things that can be accomplished with these devices. 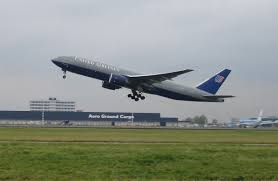 But others may not have such a humdrum purpose behind their purchases.  You don’t ever want to see anyone in the vicinity of an airport with a drone, toy-like or otherwise.  If you do, call the police.  Those two don’t mix innocently or otherwise.  That is just one scenario.  There are 4,999 more.  The question isn’t just about your privacy, it’s about your life and our survival as a species.

P.S.  If you’re curious about the whole concept of drones, there’s a large and fascinating site devoted to the topic.  Like it or not, it’s the way of the future.  Taming it is the challenge:  https://flipboard.com/section/multirotor-news-bcbQLn

9 Responses to "Drones, iPads and Other “Toys”…"