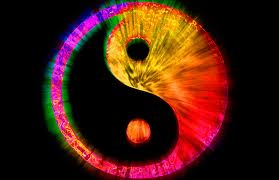 Got an e-mail from an old military buddy last night.  We’d met during the Vietnam War when the Shah was still in power and the US Air Force was training Iranians to fly jets.  Yes, you read that right.

“Moh,” was his nickname.  It stands for Mohammad.  Good guy, smart guy, funny, too and always a bit of a philosopher, which was the trait I most appreciated in him.  Moh was the best man at Pamela’s and my wedding.  I got to know a number of Iranians, while  I was learning to fly jets and later, when I was also learning to be a Tempest officer…another darker story.

During one particularly painful period, I was down in Mississippi, lonely as hell and Pamela flew down for a weekend.  Great weekend, though the moment she stepped on the bus to go back to NYC, I went dark, utterly miserable.  Moh noticed it and it was at that point in time that I began learning an interesting lesson from my Iranian friend.  He said, “Don’t fight your sadness. Accept it. In fact, enjoy it.  The sadness is a part of you, just as important as being happy.  Sometimes more.”

Enjoy my sadness?  At that moment, I thought he was nuts and completely out of touch. Later, I discovered I was wrong.

I learned that the word, enjoy, was one that I had truly misunderstood. I think maybe a lot of us do.   Strangely, it’s a bigger deal than you’d think.  I’d always thought that only happy, positive thoughts are to be pursued, taken to heart.  Yet, it would be analogous to saying, “You should only eat desserts…because they are sweet.”  In reality, I often enjoy something bitter, sour, savory, cheesy, acidic, etc. though in a different way.   Analogously, Sadness, Loneliness, Anger, Humility, sometimes even Confusion, can be a feeling to be savored and enjoyed.

Let’s digress for a moment and use music as a metaphor for our experiencing of emotions.  Did you ever put on a song, knowing it was going to make you sad?   Pamela and I do it a lot.  Why?  Why would anyone deliberately make themselves sad?  It doesn’t make sense.  It’s not logical, though that fact may be at the very crux of the issue. Feeling and enjoying have little to do with logic, any more than eating a lobster is inherently any better or worse..or logical than eating a steak.  They both have their places.

Dig a little deeper and it gets more interesting, and more complex: Keeping with our metaphor of music, there are songs which defy emotional categorization. For me,  Fanfare for the Common Man (it’s the theme played at the start of the Olympics) does something  peculiar to my brain.  It’s sad, but it is also enobling.  For me, it represents that moment when we, as human beings, have to put it ALL on the line.  Difficult to describe in a few words.

The wonderful, magical thing is: everyone’s buttons are different! We’re not the same.  Give me a Puccini aria and I’m so pre-conditioned, my eyes are getting wet before the diva is even getting close.   Or, on a Christmas Eve, the voice of a young girl’s singing Ave Maria.  It overwhelms me, yet in a wonderful way.  But these are simple emotions…easily explained…easily shared.

My mom was a concert pianist.  I was exposed to classical music since I was old enough to snuggle with my stuffed blue lamb.  But right now, if you put a gun to my head, I wouldn’t be able to convey the complexity of emotions that I perceive…that I enjoy, listening to Chopin or Ravel or Mozart.  I know I’m not alone, but it’s a topic I rarely hear discussed.  It would be like attempting to describe the subtlety of a magnificent sunset as red, orange, or yellow.  Words can’t do it.  Emotions are much more complex and often impossible to pidgeon-hole.

Pamela and I have close to 7000 songs on our iPads now, so with a little adroit picking and choosing, we can enjoy an entire night of inexplicably complicated emotion…of which, being happy-happy is only the tiniest fraction. For us, one simple song, “I Swear,” sung by John Michael Montgomery, sums up the entirety of our life-long grand amour..  Yeah, it’s true, and we aren’t even “into” country.  So… What gives?  Why do we choose to go to the sadness, or the wistful, the humility, or even sometimes the haughty pride?  Similarly, why do we seek out terribly sad movies, or movies that make us grit our teeth in anger or disgust?  We enjoy them…but what does that really mean?

As I was writing this article this morning, Pamela popped in to see what I was writing and, upon hearing the subject of this article, returned a minute later with an article she’d just read in the NYT about pretty much the same thing.  Apparently, scientists have been conducting lengthy studies, attempting to figure this very same concept.  But…having read the article, not once, but twice, I came to the conclusion that: although the study was conducted antiseptically and in a controlled environment, at the end, they had no idea as to the whys or wherefores.  They had attempted to quantify it and  define it the logic.  They didn’t succeed and strangely, I found that heartening.

Switching Metaphors.   It’s not just music that’s inexplicable.  It cuts across other lines as well.  As a man, I seem to continue watching war movies, detective movies, movies with serial killers, Nazis, Commies, terrorists, etc.  Why?  Why go to these dark places?  In this particular case, I have a feeling that the men reading this have the answer while women (justifiably) shake their heads and throw up their hands.

The reason is simple…I think:  Way, way back, perhaps even to the time of cavemen, there was a division of labor.  Women nurtured. They cooked, they gathered food, while the male of the species went out, killed stuff and dragged it home to eat.  Also, on occasion, the creatures we hunted wandered into camp and we took on the new duty of protecting our families.   I think it’s in our genetic code by now, attempting to learn and soak-up every and any piece of information that might save the lives of our families, our friends…sometimes our country.

Just finished watching a mini-series that’s a few years old and a superb example of what I’m talking about.  It’s called Band of Brothers and it’s a docu-drama.  What’s good about it, like a small handful of such movies is this:  It tells the truth to new generations of young men about what war really is like: It ain’t a video game…  War isn’t noble.  It just isn’t, though there are often vignettes of nobility, humanity which quietly play out.  Did I enjoy it?  Yup, very much so.  Did I like it?  Did I feel happy watching it?  You’d have to be a sick S.O.B to feel happy, though it was a vitamin, possibly a necessary vitamin.  I watched good men and not-so-good men…making mistakes, sometimes rising to the occasion and other times failing horribly.   I watch to learn some tiny trick, some small fact or technique that might give me, or men under me a leg up in some future encounter.  It sounds stupid, but that’s why.  I watch to learn, and to learn is to enjoy.

To end on a note, not-quite-so-heavy:  Even with sci-fi, which is generally the dividing line between men and women.  Nearly every woman I’ve ever met agrees that there’s nothing scary about sci-fi.  It’s just goofy to them and they think we’re silly.  For us knuckle-dragging men, however, it’s another form of abstract preparation for war, survival, and protecting.

Having watched every crummy Grade-B sci-fi movie since Flash Gordon (the black-and-white one)….. if alien monsters land behind my house…I KNOW what to do!  Flying Saucers crashing into my attic?  I’m ready! If Pamela’s eyes start glowing red some day and she begins acting weird…I already know why and I know what to do.   I am prepared.  A little tip:  The very first thing you don’t do when the monsters are crawling around in your basement… Don’t Split Up!  It never works!  So there…

P.S.  On an appropriately humorous yet, indefensible note:  I watched Star Trek in high school and early college.  Stupid to admit it, but I learned a tiny but important lesson from the character of Captain James T. Kirk that I used later on, when I had a squadron of 180 actual people I was responsible for.  Where the welfare of your men is concerned, LIE, CHEAT, STEAL, SUCKER-PUNCH, Do EVERYTHING….  Do whatever you have to do to protect your men.   Every man who’s ever served in the military knows this.  It’s one of those few rules that’s written in stone.