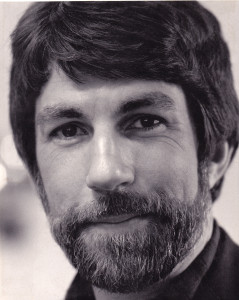 I have this strange sinking feeling that I’m about to take some flak for this article.  That’s okay.  I’m a big boy. The goal here is to give you a different perspective, one you might not have considered.  Isn’t that how the learning process is supposed to unfold?

Early on, we’re taught that trust is one of those things that only develops over time.  This statement sounds great…until you think about it for a second.  I’m pretty sure I’m not alone in saying that there are people whom I’ve known for decades and…I couldn’t trust them then and I can’t trust them now.  That’s just the way it is.  In some cases there’s “baggage” attached to the relationship, or … there may be something tangible or ephemeral that they want from me, which puts a strain on that trust.  There are a thousand paths which lead to the hows and whys.  We rarely see them all.

The pleasant and hopeful corollary to this concept is that there are (for me) some people whom I trust almost instantaneously.  When we meet new people, Pamela and I always keep a little emergency reserve…just in case, though more about that later.   The concept of quick trust sounds like an accident waiting to happen, though in six-plus decades it hasn’t failed either of us yet.   Though you’d think that trust is something built up over the decades, it accounts for only a small portion of the pie.  Ultimately, trust comes down to our ability to accurately read people…with huge emphasis on accurately.

There’s a secret-code word that exists, and it’s short-hand when we go on a trip.  This may only make sense to people who have been in retail, because of all the professions I can think of, retailing instantly exposes you to the very best…and the very worst in people.  When we enter into a new business relationship with someone who’s established, I say, “I understand where you are coming from.  I was in retailing for 40 years.” Instantly the look changes in the eyes of the people I’m dealing with. The “code”  means:  We know how to treat people…and we can sense bullshit at four hundred yards.  Conversely, and happily, we can also sense the truth, sometimes in the space of two minutes.  It shows that brightly.

An interesting sidebar to the concept of  TRUST:   Trusting doesn’t always mean you can trust them to tell you the truth or even treat you fairly.   Because humanity is what it is, there’s a small handful of people whom I can consistently rely upon…NOT to have my best interests in mind.  Believe it or not…this is fine.  Knowing who your friends are is important.  But knowing who your enemies are is equally, sometimes more important.   Reside on this planet long enough and the wisdom begins to shine through the fog of artifice.

One of the firstest, bestest lessons I learned as a green lieutenant in the Air Force is what it means to be a good leader. It’s probably not what you think.  A good leader isn’t always the lovable old SOB running the squadron.  And…the “prick” whom, everyone hates, isn’t necessarily a bad leader.  A bad leader is…(anybody care to guess?)

A bad leader, as well as a bad friend, is one who is inconsistent.  People can get used to (learn to trust) a prick just as easily as they may trust the lovable old boss.  What really doesn’t work, however, is someone whom you think you can trust one day…then you can’t…then you can again.  That’s bad.  That’s the worst.  I can work with (trust) an enemy whom I know is my enemy.  At least I know what I’m getting into, what to expect.  Beware of ones close to you who vacillate.  That’s how you get hurt. That’s how you get nailed.  There’s a popular hybridized word out there now and it works pretty well: Frenemy.  Beware of your frenemies more than your enemies.

Candor:  A Good Yardstick.  In late high school and early college, I made some pretty good money selling Electrolux vacuum cleaners and Encyclopedia Brittanica door-to-door.  Having done it all, this is the toughest selling in the universe.  Knock on 50 doors and get 49…sometimes all 50 slammed in your face.   I was good at it, however, …really good, to the extent that the national sales leader for Electrolux took me aside one day and said,  “What the hell are you doing out there?  What’s your schtick?”  (He was Jewish.  His name was Sol, and he was a good man.) After he explained to me what schtick, meant, I told him my secret.  “I tell them the truth.  I really tell them the truth and they seem to sense it.”

Sol laughed like hell.  We were sitting in this beat-to-hell 65 Belair station wagon, grabbing a bite and he said, “Not everybody can do that.  But if you can…that’s the very best technique in the world…cuz it never comes back and bites you on the ass.”  I took that to heart with pretty much everything.

When you tell people the truth, there’s some kind of strange radar effect and people recognize it when they hear it. The cautionary to this is:  If you’re listening to someone selling some thing or some concept and little question marks are popping and igniting inside your brain…watch out.  Get out.  Hang up.

A Little Anecdote:  I received one of those new state of the art Nest thermostats made by Apple as a present from my son.  (It’s very good by the way.)  The problem was: in our area, none of the electricians had even heard of it much less, knew how to install it.  Called around and just kept getting bad vibes.

Ended up calling a young guy, Zack, who resonated oddly on the phone.  He didn’t mind talking about the problem which he quickly and candidly defined.  He said, “The problem is, I have no idea what the heck I’m getting into.  Maybe I can do it.  Maybe I can’t.  And there’s about a two percent chance I’ll fry the thing when I turn it on…though I kinda doubt it.”  I appreciated his candor but wasn’t thrilled with the message.  I said, “What happens if you fry it?”  He said, “No charge for the call, and I’m insured so in about five days you get a new unit and we learn from our mistake.  The problem, Mr. Harvey, is that no one knows what they’re getting into…myself included.”

It reminded me of the little truths I’d tell my Electrolux customers:  “How does the cord re-winder work, Henry?”  “Uhm.  Not all that well.  The return spring gets weak after about a year and the cord only goes in half way.  …But it’s the best machine out there for actually vacuuming your carpet.”

I went with Zack, the guy who was candid, told me the truth.  The Nest was fine by the way, no trouble, and a  small relationship of trust began.  Having known Zack for just a few years, I still trust him…really trust him.  Can’t say that about a lot of people.

Summing Up:   Though the votes are still out, I see a trend going on and like so many things, it’s so gradual that people tend not to notice it.  I’m not sure why, perhaps it’s the media, technology, the internet, the increased pace of things, but… telling the truth, keeping your word, even when it hurts, not cheating, not bending facts to make a point, not committing the convenient lie by omission…these are things I see quickly fading into the background.  Who do you trust?  The government?  your party?  the talking heads on the T.V. ? college students?  your neighbors?  Where is it all heading???

I’ve never thought that any generation was inherently any better or more moral than any other, but it seems like circumstances and perhaps technology is watering-down the gene pool of morality, ethics, telling the truth….trust.  That won’t work, long-term.  It has to turn-around for ALL of us.  It can’t go on this way.

Keep your guard up, knowing that sometimes you also have to let it down to be a human being.  It’s a delicate balance.