The past year has been a trial of sorts…for the red, for the blue, for the left, for the right, for men and women and…for ourselves, seriously looking in the mirror in the morning.  The elections have been held and our legitimate president is now Donald Trump.  Yup, it’s legal, despite some grumblings about electoral college vs. popular vote.  No need to remind. 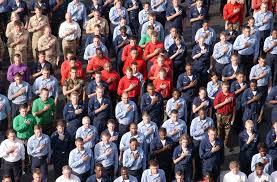 Naval recruits pledging allegiance to the United States of America

But…things are different now, whether you’re red or blue, left or right.  And for about twenty seconds, I ask you to recall something you may have forgotten.  Do you remember, way back when, in grade school, high school, how the Pledge of Allegiance went?  Do you remember?  No bullshit, do you?  I pledge allegiance to the flag of the United States of America, One Nation, Under God, with Liberty and Justice…for All.

We don’t have that now.  Or, we’re right at the tipping point of not having it.  “ALL” doesn’t mean, All, except for people who we don’t like or who disagree with us, or…who are the wrong gender (women) or the wrong color (anything other than pure white).  Quite simply, All means ALL.  We okay on that?  Or are we changing the Pledge of Allegiance? 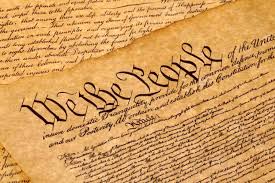 The Constitution of the United States:  Up until, let’s see a month or so ago, the Constitution was the absolute BACKBONE of what we, as a nation are.   These were words not to be fiddled with, modified, “improved” by one single person.  Remember???  Life, Liberty, and the Pursuit of Happiness, for all.  These are the concepts we all learned and memorized, and now they are up for debate and up for fiddling with or outright deleted.

Remember the words on the Statue of Liberty?  Give me your tired, your poor, your huddled masses yearning to breathe free… to BREATHE FREE!  Did you forget this?

My wife, My Mom, My daugther-in-law, Melissa, My son, Cameron and my grandson, Gryffin. Grope any one of them and you are dead meat.

Last of all, and please, please, please, read these words carefully.  Our mothers, our wives, our daughters and our sisters:  Allow me to ask a personal question:  Would you have a problem with a man grabbing your wife’s, your daughters, your sister’s, your mother’s private parts?  Would you have a problem with someone grabbing them between their legs?   You sure as hell would.  And if you don’t have a problem with this, please leave this site and never return.  But as of today, 29% of the GOP have gone on record as saying that “this is not a big deal.”  Already, the congressman from Connecticut of all places, had put his dirty hand where his mind is and grabbed a woman between the legs and then said, “Not a big deal.”  Is this really the route you want to take?  Would you mind very much if someone in the GOP groped your daughter, your wife, your mother, your sister?

Telling the TRUTH:  Well now, this is just very blase and a grey issue.  Who is to say what the truth is?   Good Lord…  Think about that answer.  If you ask your son, did you steal that stereo from Walmart?  There is the truth, and then everything else (a form of lie).  If your son says, “I’m gonna give you an alternate truth.”  What do you think that means?  If you ask your mate, “Were you cheating on me?”  Are there viable truths and alternate truths?  Have our ethics sunk this low??? 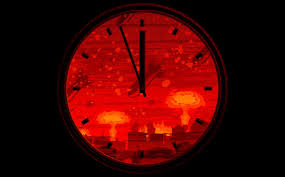 The Doomsday Clock. We are currently THAT CLOSE

Dooms Day Clock:   Some will remember this.  Some will not.  It was started more than half a decade ago.  It was a theoretical clock set to see how close we are to Doomsday…the end of planet Earth.  In less than a month we have gone back 50 years.  We are there.  Mexico, our neighbor, is no longer our ally.  Canada is on the brink and Russia, our eternal neighbor, is up for grabs, though even they realize we are back at a doomsday potential.

Are the Democrats happy with all this?  HELL no!  Is the GOP happy with this?  HELL No!  They are as worried as the Democrats.  Europe is up against the wall and…….remember NATO?  Know what it stands for : The NORTH ATLANTIC TREATY ORGANIZATION.   Now, our illustrious president wants to can it.  Vladimir Putin is VERY happy.    For the love of GOD,  it’s time to wake up and think about these things.  If you love your wife, your daughter, your sister, your mother, the Pledge of Allegiance and the Constitution of the United States, WAKE UP!    If you don’t care about any of the above, please leave this site and don’t return.

I served my country and I love my country.  I did NOT get five deferments for an ingrown toenail, and I am not concerned only about myself and how I appear, moment by moment.

I pledge allegiance to the flag of the United States of America.  And to the Republic, for which it stands, ONE NATION, UNDER GOD, WITH LIBERTY AND JUSTICE FOR ALL. 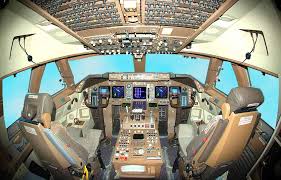 This is the cockpit of a modern airliner. Would you like to stir the pot and let someone unqualified take you up for a little ride? The job of President of The United States is not the same as picking a drinkin’ buddy at your local tavern.

P.S.  I hear this statement a LOT:  “Ah, let’s just give this guy a chance…see what he does.”  Let me send that one back to you.  You’re fastening your seatbelt on a 737, getting ready to fly to California for a reunion.  You hear that your pilot has never flown a jet before, never gotten his pilot’s license…but boy he talks a great game!  Why don’t we just let this guy give it a shot…see how things go?”  As a pilot from the age of 17 till now, plus a jet fighter pilot, I can tell you, that doesn’t work…at all.  It’s a good way to kill yourself.  It’s a good way to break the back on what is still the best country on the planet.  Stirring the pot with an incompetent is not the way.

36 Responses to "We Are Better Than This…"