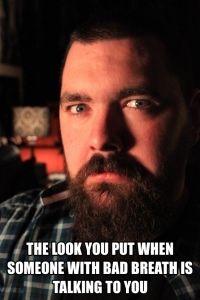 If the subject of this essay has caused your eyebrows to crawl WAY up on your head…it’s appropriate.  Similes, Metaphors and Analogies exist in a strange and usually funny little subset of our language.  To oversimplify: with a simile you’ll see the word “like” lurking somewhere in the middle of the thought, as in, “Your breath is a lot like smelling an open sewer”…. vs. a metaphor: “Your breath is clearly an open sewer with all that entails.”  Analogies are just rarified versions, made academically acceptable:  “One could say that your breath is sewer-like because it has many of the chemical compositions that exist in  a sewer.” 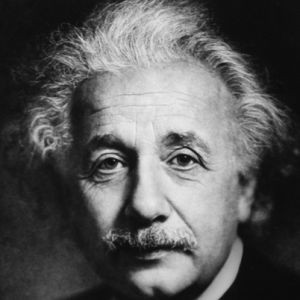 How do we make the giant leap from Similes to Quantum Entanglement?  Good question!!!  I’m thinking…still thinking.    Okay, first off, very soon I’m gonna make some really slick similes/analogies using Quantum Entanglement and it may help to put a lasso around this extremely elusive topic.  However, truth be known, I was seriously debating whether to address similes (a major yardstick of what it means to be a writer), OR Quantum Entanglement which is just about the coolest and most misunderstood topic on our planet right now…and that’s saying something.  With the toss of a coin, Quantum Entanglement (QE) won this week.

If a topic with “quantum” sounds just WAY too complicated to be understood, you are actually half-right.  But it remains an incredibly cool reality of which possibly one-tenth of one percent of the world population is aware.  In two minutes or so, you will be part of the cognoscenti. 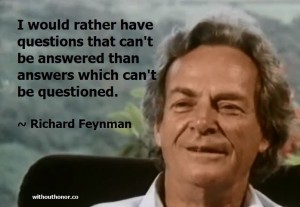 Richard Feynman:  First interesting tidbit of information:  Richard Feynman, the third leg of the milk stool of physics geniuses who’ve resided on this planet, (Hawking and Einstein being the other two).  Here’s what Feynman concluded regarding Quantum Mechanics:  “If you think you know Quantum Mechanics…you don’t know about Quantum Mechanics.”  In addition to having a genius-level mind, he also had the rare ability to simplify extremely complex abstract thoughts.  In 1935 when Albert Einstein,  Boris Podolsky, and Nathan Rosen  postulated quantum entanglement in their experimentation, Einstein was so riled by the conclusions they were arriving at that he labeled the whole thing “spooky physics” because…though they worked, they flew and continue to fly in the face of some of the biggest pillars of scientific knowledge.

Let’s get to it:  Cobwebs out of our minds?  Okay.  As of 6 pm this afternoon this  23rd day of November, 2014, one of the utter absolutes of physics is that the speed of light is something that can NOT be exceeded (except in old episodes of Star Trek).  Oh, several years ago, scientists thought they had discovered an experiment showing that they had exceeded the speed of light by something like .ooo3 percent (whoopee) but as it turned out their measuring equipment was off just a bit….0003 percent, so the speed of light remains a constant…except in matters concerning quantum entanglement.

A basic example to make the point:  If one thousand light years from here a star went nova, it would take one thousand years for us to be aware of it, because of the great distance and relatively “slow” speed of light.  IF, however, you had two entangled particles, at the atomic or sub-atomic level, let’s say a couple of electrons that were entangled…connected by their energy, and you were to separate them…keep one on Earth and put the other in a close orbit around the sun, the time it would take the light of one to hit the other from 93,000,000 miles would take about eight minutes.  But if you rotated one in its orbit, its entangled brother would also rotate…instantaneously, not eight minutes later.  Take that entangled electron way out, say as far as that sun going nova and though the light will still take a thousand years to arrive here, if you rotated one or changed it in any way…its entangled brother would move…instantaneously though it exists at a distance that is inconceivable to our human brains.

If you don’t grapple with the idea, you might say, “Well…so what?  How does that affect me?  What’s the big deal?”  The big deal is that here is a definite smoking gun showing a reality of which the occupants of our planet been previously oblivious of our complete and simultaneous connection with even the distant edges of the universe. 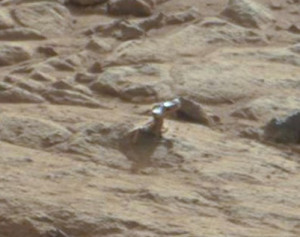 A Simile/ Analogy:  Two electrons in simultaneous entanglement across infinite distance would be analogous to a religious occurrence in which one of our Mars rovers, trundled around a small mound of rocks only to find an ancient crucifix planted in the ground.  Religious people would turn off their TVs and call to the kitchen, “Martha…  You’d better come over here.  Everything just changed.”   Unfortunately or fortunately, depending on your mindset and religiosity, that hasn’t happened.  But something equally mind-boggling is occurring and more importantly occurring consistently every time it is tested.  Quantum Entanglement works.  More than that, your computer, cell phone and iPad rely on quantum mechanics to function.  By the way, the image you see above was, indeed, taken on Mars and it apparently doesn’t have MOE (Made on Earth) stamped on it.  Kinda makes you think… 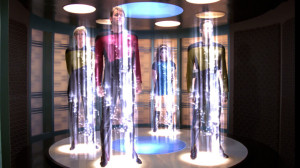 Getting back to Star Trek:  There are two things…make that three things I never quite understood watching the Star Trek episodes.  First, though they were always off in distant galaxies millions of light years from a service station, they seemed to be able to communicate with the Federation, much like you’d make a call to Cincinnati or Tulsa.  Those light-year distances should have really taken the spontaneity out of the conversations.

Also…that transporter.  I never quite trusted it.  If they could beam people two miles down to the planet’s surface, stirring all those electrons into tiny tornadoes of energy, why couldn’t they beam them over to the next planet?

Lastly, every other episode or so, someone would get sucked into a different dimension or one that’s out of phase.  At that, everyone including the bad guys could go racing through walls and bulkheads like a knife through butter.  I get it.  They were out of phase.  But if that were the case, how come they could run down the hallways and not sink  through the floor?  Just a thought.

Anyway, Quantum Entanglement solves two of Gene Roddenberry’s conundrums.  With it Bill Shatner or Patrick Stewart could chat with the Federation in real time no matter how many trillion miles they were away.  And with QE, it would, indeed, be possible to duplicate all the proton, neutron and electron configurations into the computer and then using QE, reproduce them at the opposite end of the universe…and quickly!   As far as the Klingons and Romulans racing through walls and bulkheads…but not sinking into the floors, I’m afraid even QE can’t solve that one.

If Quantum Entanglement leaves you scratching your head, go on You Tube and type in a couple of Richard Feynman lectures.  Brilliant, funny, insightful, and in not professing to understand QE, he probably understood it best.

P.S.  If you’d like to add your two cents, whether to refute or agree, you can do it instantaneously using the QE link below.

5 Responses to "Similes vs. Quantum Entanglement"