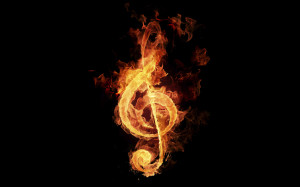 About six months ago I wrote an article on music, entitled Music, When and Why You Play It, which unexpectedly turned out to be the most read blog I’ve ever written.  At the time, I apologized to my readership, saying that it might not make a lot of sense.  Well, I called that one wrong.

Oh, and a little sidebar with you.  Some music will be mentioned soon.  Some of it is “universal” some of it…not.  The point here isn’t about my music, but yours.  The fun will be in your whispering to yourself, “Yeah, Henry, but for me…the song that does something bizarre to my brain is ( fill in the blank).  That’s exactly how it’s s’posed to be. 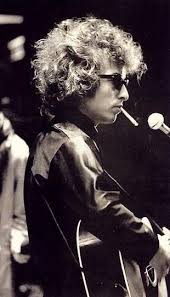 Yesterday, driving to the food store, I was mentally composing what I thought was going to be this week’s article, on Psychiatry, but then I flipped stations and in a micro second knew what lyric was about to come up.  I whispered to Pamela, “Listen to this” and then the words drifted out:  “Yeah, but I was so much older then.  I’m younger than that now.” (Dylan: My Back Pages) and a pretty hefty philosophical conversation ensued. Interesting You Tube with Dylan, George Harrison, Clapton, Neil Young, Petty singing it:  https://www.youtube.com/watch?v=U_PAEPEiy6o

It’s entirely possible that a prerequisite for understanding that lyric is having a bit of silver in you hair.  Is it possible to youthen in some way, even though our bodies age?  I think in certain ways, yes, but that’s a topic for another day.  The point is, one peculiar lyric in one song can pierce through all our psychic armor and invisible barriers. 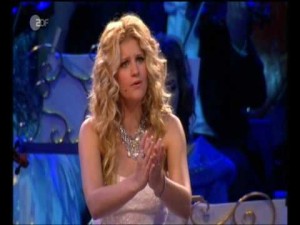 Spiritual Music:  Confession: You’re a lot more likely to see me at a Sam Harris or Richard Dawkins debate than sitting in a choir, preparing to sing a hymn.  I’m always fascinated when intelligent people go at it on some of the most important questions on the planet.  And yet…I will hear an angelic voice singing Ave Maria, and something very deep and non verbal, non-intellectual takes place.  I don’t even think it’s religious, and by that I mean something conjured up by man, but more spiritual.  What is strange is this:  The words themselves, being in Latin, only loosely convey a message if they convey any at all.  The power is in the music itself.  They did a study of an aboriginal tribe and found that human beings who have never heard what we would call music, completely understand the intent of the song.  Is this some kind of proof of God?  It is not.  But it is possibly the beginning of a proof that we as humans, need to feel that there is something larger, or perhaps better than ourselves.  https://www.youtube.com/watch?v=TkY9HtwXNU8

Music as a Barometer for Where Your Head is At:

Beethoven’s Fifth Symphony:  It wasn’t until the last 30 years or so that someone had the good sense to go back and check the timing signatures for Beethoven’s masterpiece. (World famous conductor:  George Szell) For many decades it was played in something resembling a boring dragging dirge.  And they were very wrong.  Think of Beethoven as the Jim Morrison of his period.  Beethoven’s Fifth is furious, nearly out of control.  When I envision it, I see a man, very much in love, discovering that his mate has been untrue.  It seethes and ultimately explodes…as violently or more so than any hard rock band.  Can you do that with an orchestra?  Oh…yeah.   https://www.youtube.com/watch?v=YlyUti7BbCY

Blunt Instruments:  Some of the music in the last 20 years or so is also furious, though in a different way.  Gangsta Rap, some of the other spin-off music forms are equally brutal.  Is this music more of a battle axe, a blunt instrument than a scalpel?  Yes, definitely, but either one will take you out.  I think anger and frustration are kissing cousins in music.  When someone is playing this music at 10,000 decibels, they are trying to tell you something.  You might want to listen.  You might want to consider what is pissing them off.  Music is an emergency release valve sometimes….a warning. 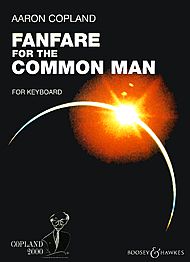 In that other article I bring up Fanfair for the Common Man by Aaron Copland.  It was the music most often played at the beginning of the Olympics.  For me…I envisioned gladiators about to lay down their lives, (“We, who are about to die….salute you”.)  It’s also what I often played at about 5:00 am in the morning just prior to jet fighter training in Columbus, Mississippi.  I’d put it on and something would begin to morph inside my brain.  Perhaps a testosterone increase…not sure, but 20 bars into it I was mentally prepared to strap in, kick-in AB (afterburner) and do whatever I had to do.  Just now watched this again…blew me away….again: https://www.youtube.com/watch?v=4NjssV8UuVA

The interesting corollary to this, however, and it may be a compliment to women…99% of the women I’ve talked to, don’t get this exact sort of musical rush.  They don’t even know what I’m talking about.  It just might be that this shows them to be one half-step more evolved than men are, and I’m dead serious about that.  And yet…..flip the coin and you absolutely need to have that gladiator mentality going for you if you’re going to land a fighter on a carrier in heavy seas or land a jet with half the fuselage blown off…or any one of a hundred scenarios.  Interesting that music has the capability of bringing out such a specific and necessary quality.

Wisdom in Music:  Can music be wise?  That’s an easy one.  Sure, it can.  And it can play-out in one of two ways, by the music itself or the lyrics:  Think again of the Byrds, “Turn Turn Turn” borrowing from Ecclesiastes.

But there is another kind of wisdom, which is much more difficult to explain…perhaps impossible.  The wisdom, the sensitivity, the nuance, the complexity, counterbalance of say Maurice Ravel or Frederic Chopin, Robert Shuman,  Pyotr Tchaikovsky cannot be put into words.  Some of it is so utterly human and wise as to be inhuman to me.  And that goes back to a gut feeling of some kind of spiritualism…that perhaps there really is hope for mankind….some day.

To lighten up a bit:  We had a party about a year ago with some interestingly disparate individuals.  One couple was my good friend as well as my CPA/economic advisor.  A smart level-headed conservative man.  I had connected my iPad so that anyone could go up to the amp and select any one of 8000 creme-de-la creme songs.  From all of them, he chose, “Play that Funky Music White Boy,” a heavy-duty madcap rock song.  To do this he had to nearly “duke it out” with the wife of another couple…this one quite religious to say the least, who insisted on playing something even wilder.  Yes, music can be an escape valve.  Loved seeing Phil gettin’ down and boogeying under our disco ball. 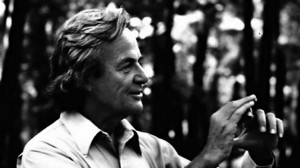 Mathematics and Music:  If you’re into physics (applied mathematics) and are also curious how this can blend with great humor and humanity play this You Tube on Richard Feynman.  It is spectacular.  Dr. Feynman was a physics laureate, Nobel Prize winner, worked on the Manhattan Project…and was funny to boot.  The question is:  How can you correlate music…any kind of music, and mathematics?  If you dig down for even a minute or two you can see that music is all about mathematics.  Listen to Johann Sebastian Bach and listen to his complex musical algorithms, permutations, resolutions.  Strangely, it is the incredible beauty in mathematics of music that is often most compelling.  https://www.youtube.com/watch?v=Bgaw9qe7DEE

As you finish reading this, take a long moment to think about what the music you like best says about you.  If you’re honest with yourself, you just might learn a lot.  Music doesn’t lie.  Are you angrier than you thought you were?  More melancholy?  Are you a dyed-in-the-wool romantic?  Are you feeling hopeless…screwed, blued, tattooed?  Cynical as hell…or are you deeply in love?  There is music to reflect and bring out every single aspect of humanity.  Analyzed candidly, it is your own personal Rorschach Test.