Not sure whether you’ve ever run into this or not, but I noticed several decades ago that people really don’t want to hear that they’re forgiven.  In fact, I’d go so far as to say, that sentence is a pretty good way to start a fight.  That’s been my experience and yeah, the corollary works as well.  I really, really don’t like someone coming up to me and saying, “Well, Henry…  I forgive you.”  My first thought is, You forgive me for…what???  My second thought is usually, Who the hell are you to forgive me???  And it usually goes downhill from there.

Though the words sound kind and noble, what they really mean is, “I am morally superior to you.  You are lesser in some way…and I forgive you for it.”  Don’t believe me?  Never tried it?  Go tell someone…anyone, that you have forgiven them.  Watch their eyes tighten, their jaws clench. Why?  Because deep down inside of us, most of us are just trying to do the very best we can.  I don’t desire forgiveness from my fellow man…or anyone else for that matter.

More interestingly, I’d like to propose the philosophical question:  Are any of us truly capable of genuine forgiveness?  I’m pretty sure we abuse the true meaning of the word.  There’s a phrase, “I forgive you, but I sure as hell am not going to forget.”  To my way of thinking, that isn’t forgiveness at all.  What it’s saying is, “I’m not going to take action against you…at this time, but I’m watching you closely and if you do it again, you are dead meat.”  This way of thinking makes sense to me, but you can hardly call it forgiveness.

Pressing-On:  For the sake of clarity, let’s give it a name.  It’s not forgiveness so much as just pressing-on.  We all get our feelings hurt.  We feel betrayed, or slighted, disrespected, or bruised, and for the sake of not crossing the entire universe off our list, we…press-on. 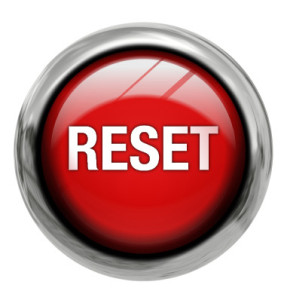 In-house, I coined a slightly different term for how my mind handles these things.  We call it Resetting the Meter.  With very few of us being God-like on this planet, if you have a relationship with friend or relative for very long, eventually someone zigs when they should have zagged.  We choose the wrong word, or we have a martini and something slips out that shouldn’t have been said.  At that point, one of two things can happen.  You can pull the plug on the relationship, either quietly or overtly, in which case…it’s over.  Or…you can think about it and perhaps realize that there were extenuating circumstances.  99.9% of the time ole Fred has been there for me.  I’m just gonna reset the meter and press-on.

If the friend is treasured and basically you’re great friends, you might find yourself resetting that meter, five, ten, twenty times or more.  But there remains a little counter in your brain.  You know that you’ve set that meter fifteen times already, and everyone…everyone has a tipping point where your mind comes to the conclusion that it’s just not worth it anymore.  By the way, everyone’s “counter” is wired a bit differently.  Overall, Pamela’s counter is a lot shorter than mine.  Don’t mess with Pamela very many times…  It’s not healthy for your relationship.   Does any of this correlate to real forgiveness?  Think about it.  When you truly forgive, you’re saying that you have wiped the slate clean and it’s as if that “sin” had never, ever been committed.  It is supposedly forgotten and I have, as yet, never run into someone who could consciously decide to completely forget something.  That tiny chip on the shoulder is always there waiting to return.

Depending on how you were raised, this is an incredibly easy topic…or…it’s really a bugger and deserves our sitting down and opening up our minds to what we’re actually  asking. 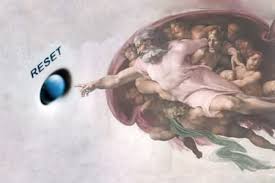 Religion:  On the off-chance you haven’t considered exactly why it’s either difficult or easy, it usually goes back to religion, or lack thereof.  If you are honestly of a mind that every single pink, wriggling, baby entering life via his mother’s womb is already a mortal sinner, then such matters are extremely easy.  From the moment you opened your eyes you had already committed a mortal sin and are in desperate need of forgiveness.  The only solution:  Once you’re old enough to talk, you must confess your sins, and then beg forgiveness…for the sin of having been born. 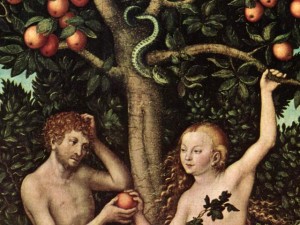 Moreover, from then on, you must continue confessing all your life, for everything.  Only then are you in a position to expect an eternity of complete bliss.  I think that’s fine, if you truly believe things are that simple…that everything is either black and white and that babies are sinners because thousands of years ago a woman listened to a talking snake and as a result…someone took a bite out of an apple.  A slightly kinder, timeless and omniscient being might have said,  “Well, because I’m timeless, I already know she’s going to listen to the snake and take a bite out of the apple.  Maybe I’ll just get rid of the snake, or possibly not make eating apples a mortal sin.”  If I sound glib, it’s only because I like to think of children and babies in particular as being innocent…at least at the point where they’re coming out of their mommies.  Plenty enough time later on to drift into bad habits…

Going Darker…and Deeper with Your Forgiveness:  Okay, let’s say that you return from food shopping to see your answering machine blinking.  There are fourteen calls, some from the police, some from family and friends to see if you’re okay.  It seems that your mom, dad, daughter, son-in-law and your three grandchildren were just gunned to death while they were sitting in church.  They caught the guy…he’d run out of ammo from all the killing and apparently he had some kind of political point he was making.

At the trial, you stare at the man dressed in orange sitting there in shackles and handcuffs.  He realizes he may very well get the chair for all the murders.  He stands up, blubbers a bit and asks your forgiveness.  Your entire family is gone completely.  You have no one left and your grandchildren will never have a chance at life.  Do you forgive him?  Honestly?  Can you forgive him…honestly?  I couldn’t.  In fact, I couldn’t even come close.  I would be the one to be bounding over the desks to see if I could land one powerful punch to the guy.

I’m really, really sorry. I promise I won’t do it again.

But what if the guy then said,  “In the past twelve hours, I have seen the light and I have accepted Jesus Christ as my personal savior.”  Would that inspire you to forgive him?  It wouldn’t inspire me.  And I would be deeply suspicious of anyone who could forgive all those murders, with the mere utterance, of “Forgive me.  I’m a sinner.”  How quickly would our prisons empty-out???

What I’m seriously trying to find is a true, 100% pure example of forgiveness in which we utterly and without any exception, zero-out that meter and say, “You’re AOK in my book.  You are now…innocent.”

I’m pretty sure there’s a large slice of the pie-chart of humanity that will disagree, perhaps vehemently so.  Perhaps you’re farther along in the category of what constitutes humanity.  Perhaps not.

Lastly, saying, “I’m Sorry.”  This is a topic that is a personal and continual burr under my saddle.  I know a whole lot of people who would rather swallow gravel than swallow their pride and apologize.  I don’t understand this.  I  really don’t.  Most of these people seem to think that it somehow degrades or lessens them to say the words.  I believe wholeheartedly that it is just the opposite.  If you screw up…  If you hurt someone, inadvertently or otherwise, if you embarrass someone, if you back over their bicycle in the driveway, step on your pup’s tail…whatever…  if you’re sorry…say so.  It’s the first step to at least pressing on…..resetting the meter.  By not saying you’re sorry when you screw up, you have just doubled your culpability.

8 Responses to "Is Forgiveness a Myth?"