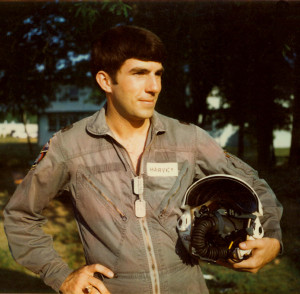 You don’t hear the phrase, “I give you my word” very much lately.  Worse than that, when you turn on the TV and watch a senator, congressman, favorite or least-favorite news anchor, I’m guessing there’s about a 20-50 percent chance that what they’re saying is either a lie, or so mangled, with bits left out, that it might as well be an out-and-out lie.  What’s interesting and scary is that no one seems to be outraged at this.  The focus of this article, however, isn’t to add my angry yawp to the vast mountain of cynicism and discontent.  You’ve heard that part a hundred times before.

So…  If you’re going to read on, read carefully because we’re spelunking down into dangerous  territory and you need to keep a solid footing lest you get stuck in a crevice. Some of the wildest discussions (arguments) I’ve ever had did not occur in any 7-level philosophy seminar, but at some dinner party or an evening out with some friends.  A dangerous, yet  seemingly innocuous subject: Is it ever good to tell a lie?

I’ve learned to be wary of anyone who answers fast with a, “That’s easy!  It’s never okay to lie.  Period…end of discussion.”  Well, not really.  I learned that much in the first 20 minutes of Situation Ethics, taught by Dr. Luther Binkley at Franklin and Marshall.  Two or three hands went up.  They took the bait, and then Dr. Binkley grinned and said,  “Okay…  Suppose your mom is in the hospital.  She’s about to die and there are tubes stuck up her nose and in her arm.  She’s pale and sallow but…  for all her life it was extremely important to her that she looked pretty for you and for Dad.  She’s lying there and she looks up at you and asks,  “How do I look for Dad?  Am I still pretty?”  …Nope, YOU, my friend, being compelled to always tell the truth...always, so you tell her, “No, Mom, you look horrible, terrible.  Your breath stinks.  You smell like death, and I can barely stand to look at you.”

The common retort to this statement is,  “Well…you stacked the deck,” to which…guess what?  Good ole Luthor, as we used to call him, had answered the objection before.  “Of course, I stacked the deck…to make a point.  The question, if you recall, was:  Is it EVER good to tell a lie?  to which the answer is, Yeah, sometimes.”  Is it a slippery slope?  Sure it is.  That was just the first anecdote…the easy one.

Later on you get to more nuanced versions,  “There’s a terrorist in a bunker and he’s about to blow up the entire city of Manhattan with millions of men, women, children and babies, using a small thermo-nuclear device.  You have seconds to stop him.  You can detonate a grenade inside that bunker and stop him but…the kicker is, he has a little seven-year-old girl as a hostage.   To save millions of babies, little girls, little boys, men and women, you have to detonate the grenade…but that little girl will die.

I’ve had this identical discussion with some extremely devout people who’ve said, “I just won’t do it.  You’re asking me to kill a little girl and I won’t do it.” To which I reply, “That’s fine.  That’s  your choice then..by default.  You have your finger on the trigger to save 12,000,000 human beings and you won’t do that.”  It is just these sorts of choices that are made and have been made since man has been on the planet.  They have to be made.  Not making a decision…is a decision unto itself.

The corollary to this is, but you’re just paving the way for lying just to save your ass, just to make a buck just to…fill in the blank.   I think I speak with authority when I say, that way is already paved.  Not only that, they made it into an eight-lane highway and it’s jammed with traffic.

Just as a quick palette cleanser for a sec.,  there’s a really good commercial on TV now that shows what looks like an old black-and-white video of Abraham Lincoln and his wife getting ready for a party.  The actress is a chubby thing and she turns to Abe and asks,  “Does this dress make me look fat?”  He just…stands there.

And there’s a definition you might find interesting:  Definition of a boor:  Someone who always tells you the truth.  Believe me, no one wants to hang around with one.  The truth is, there are different types of lies.  There are tiny white lies that are part of social etiquette that dictates that it’s kinder (better) to tell someone you’re busy that Friday night as opposed to you really can’t stand being around them.    But the slope, as you can imagine, can and does get steeper and slipperier…exponentially so.  I have, as a matter of record, some business acquaintances whose ethical muscle for sifting out social etiquette from brazenly lying has become so weak as to be non-existent….and that’s sad and more than a little scary.

Here comes the good part of this article and it’s one which, as I alluded earlier, isn’t used very much anymore…  I Give You My Word.  This is a phrase which really, really, really needs to come out of mothballs, needs to be polished-off, shined-up, and taught to our children and taught by example.  It means,  This is my sacred pledge to you.  This is it.  This is the truth, my promise to you.  If I break this…you and I are finished…and I am a piece of crap.  There has to be a net.  There has to be code, a sign, that says, This is it…period.

When I joined the Air Force, I took a pledge to protect my country…with my life, if necessary, and we, who raised our right hands, took it very, very, very seriously.  When I learned how to fly jet fighters, there were more pledges, some verbal, some understood.  When you fly what is akin to a 12,000-lb fuel tank with missiles and bombs…capable of flying faster than sound, you have to also agree that you don’t just bail out and land if you have engine trouble….because…that 12,000-lb tank could go anywhere.  It happened when we were stationed at DM, Davis Monthan, AFB, Tucson, AZ.  An A-7 flamed-out right after take-off.  In other words, he was coming down fast, one way or the other.  The safe thing for the pilot?  Press “eject”, which would have put the A-7 right into Tanque Verde Elementary School.  He didn’t.  He took it as far as he could out in the desert and at the last second, ejected.  He survived, but just barely.

Once a man…or a woman, gives their word, life becomes easy…or at least easier…because that decision doesn’t have to be made again.  That pilot didn’t hem or haw for a micro-second…I guarantee you that.  Nor does a fireman running toward a burning building or an overheated fuel tank.  They don’t even pause because way, way before, they gave their word…to themselves…or their wives, their town, or their country.

3 Responses to "Giving Your Word, Lying, and Situation Ethics"