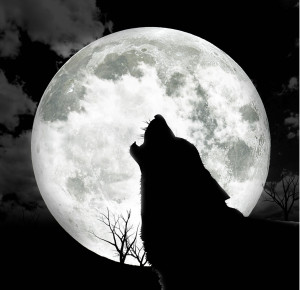 As I write this, it’s 4:37 in the morning, and the light outside is a little strange.  It’s off.  I bring Pam some coffee, she opens her iPad, and a moment later she says this,  “Full moon in twenty hours.” You see, she has an alert app that tells her how many hours till the full moon, in the same way Accuweather tells you when the blizzard’s going to hit.

Now, for the faint of heart, and for those who think sex is done with pajamas on and only for the procreation of the species,  better if you skip this essay.  Seriously.

I began to realize I was at least a tiny bit different during my late teens.  I’d notice that the moon was getting full and then on the night of the full moon, I’d have which is now become a long-term recurring dream.  It’s always dark, but with that same strange grey light.  I’m in a forest…running, and no, I’m not running away from anything, I’m chasing something that’s a step or two in front of me and running for its life.

Usually, it’s some small animal, like a rabbit and it’s zigging and zagging, trying to get away, until it finally zigs the wrong way and I grab it, not with my hands but with my teeth.  And I always grab it in the same spot, on the back of the neck.  I shake it violently and begin to taste the coppery scent of fresh blood.  For a moment, the rabbit and I become one.  My body is hyper alive as is the rabbit’s…and then I wake up, still feeling half animal and half human.

Now, as a disclaimer, the other 28 or 29 days, I’m fairly normal…fairly…sort of.  But for some reason, I am one of that group of people who are highly affected by the full moon.  Not my fault, I didn’t design me, it’s just the way things are.

Over the years, the topic has interested me enough that I’ve interviewed many people in many walks of life on the subject.  There’s a small group of psychologists and teachers who chuckle pedantically at the concept.  “Ohhh, Henry, that’s just an old wive’s tale,” they say. Okay…  But then there’s the other rather large group, composed of cops, bartenders, emergency room nurses and doctors, and retail store owners who say, “Yeah, you can set your calendar by the moon.”  Fights go up.  Barroom brawls go up.  Traffic tickets go up, and in the psycho wards in mental institutions, the staff is on higher alert during the full moon. 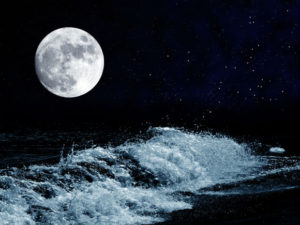 Why?  Is there any basis for this?  Yeah, there really is.  If you live near the ocean you know…and the local papers post the high and low tides to the minute.  During the full moon, everything is more aggressive, tides much higher and much lower.  It’s the moon’s gravitational pull on the water which creates tides in the first place.  Next question:  How much of your body is composed of water?  Depending on your age, 60-75 percent.  That’s a lot of water to have being yanked on by the moon.  Could it possibly have some small effect on your disposition?  Uhmmm…do you know where the term, lunatic, comes from?  Luna…the moon.

Here’s where you might want to bail-out if you’re squeamish or not into sex.  That’s your second warning.  Don’t write in and complain if you don’t like the topic.

Now, a bunch of you might be asking, “Is Pam is any danger?  Is she being abused?”  After close to half a century of a pretty solid and happy marriage, I don’t think so.  Truth is, the coming full moon is a happy time for both of us.  If you look at the hairstyle she wears now, it is a bob, short in the back, long in the front…which exposes the neck.  The pale, vulnerable, delicate, sleek white neck.  Now, I didn’t invent this.  The neck, and the back of the neck in particular has been a focal point for vampire movies, werewolf movies since there have been books and movies.  It didn’t originate from thin air. 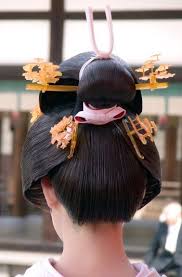 For hundreds of years, the Geisha in Japan have understood this.  They deliberately show and accentuate the exposed nape of the neck, powdered to a ghostly pale white to make it appear even more vulnerable. 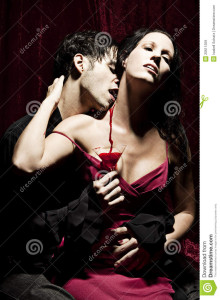 And ALL vampire movies are thinly disguised seductions…period.  In the 30s, censorship made every seduction scene into a tepid, closing of the bedroom door, though Bela Lugosi, could sink his teeth into a woman’s long pale neck.  The woman would close her eyes…shiver…and then the blood would trickle down her neck.  That was okay.

Most couples who’ve been married for awhile, learn what their mates like and don’t like in bed and as thinly disguised intelligent furry animals, we all like different things.  Trouble is, by our very nature of learning what works, it becomes predictable, which is not a good thing.  For me and for Pam, the full moon tosses all that out the window.  I no longer think like a human so much as an animal.  Candidly, I don’t think there’s much thinking going on at all.  This is not kind, loving gentle, sex, it goes back to that running in the forest, chasing down the animal, and biting it on the neck.  Scratching, biting, gnawing, blood sucking, eating, chewing…anything goes.  Amazingly, we both survive. 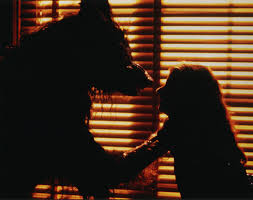 Usually, the movies, even the vampire movies chicken-out at the last second and people watching may quietly think to themselves….damn…  But there’s one exception, which comes to mind and actually does a decent job of recreating my recurring dream.  It’s called The Howling.  It’s not an Academy Award movie, but the seductions and one seduction that goes too far are fairly accurate.  In that scene, all you see are shadows, though it’s effective. 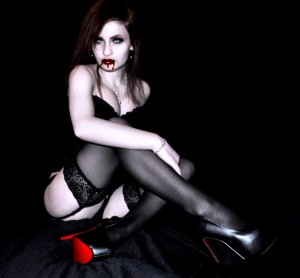 A woman’s question:  “What does Pamela think of all this?”  Well, here’s a little secret most folks don’t know.  When I met Pamela, two things intrigued me.  One: She was a ballet dancer.   Two:  She is 100% dyed-in-the-wool Hungarian.  Her relatives once lived in a now non-existent place called Transylvania.  I’m not joking.  What does she think of her hair being mauled, pushed-up so that her neck is exposed even more?  That app she has isn’t a warning, it’s something to look forward to!  The very day I put two and two together on exposing the neck, she disappeared to her hairstylist and returned with a bob.  Yup, it works.

Sometimes, just sometimes, it’s okay to be an animal.  Sometimes, being an animal is one of the greatest moments of being a human.

It’s now about 19 hours till the full moon.