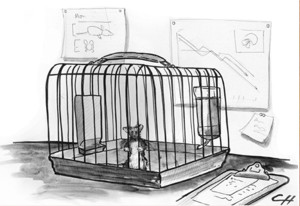 It was sophomore year at Franklin and Marshall and I was making a quick pit stop before my first Four-hour experimental psych class. lt was one hour of lecture followed by three hours of lab and l’d heard tales that you didn’t have time to breathe much less take a leak, so I was preparing.

Todd, one of the seniors on our floor, wandered in, took the wash basin next to me and began shaving. Todd was seriously cool, possibly from all those years of prep school. I’d learned from Todd that socks aren’t cool, at least they weren’t’ at the time. It was loafers, Faded jeans, and maybe a scruffy blue blazer…but no socks even if there are eighteen inches of snow on the ground. I knew he was a psych major and thought he might have a pointer or two for me with experimental psych.

“Who ya got?” he drawled as he smeared shaving cream around on his face.

Todd had that inborn conﬁdence where he didn’t even have to look up from shaving to talk to me. “Pinsky’s okay, maybe a little ossified,” he said to the mirror, “but if he’s still got that little prick student prof. working under him watch out. He’s a dick, no sense of humor whatsoever, and he’s got a super hard-on for anthropomorphizing.“

“That’s what I thought you said.” My eyes glazed over. I was young and green and naive and I just plain hadn’t heard the word before. “I’ll make sure I don’t do that,” I said, and made a mental note to look up the word as soon as I got back to my room.

The lecture was thankfully straightforward and uneventful. We were going to be working with a white lab rat and an operant conditioning chamber, also known as a Skinner Box, created by B.F. Skinner in the 1950s.  The class began dividing into groups of two, and for one long sinking moment I flashed back to picking sides for softball in elementary school. I was always chosen last because, well.. .I sucked at it. Where I grew up there weren’t any baseball fields, just cow pastures. Worse than that, there weren’t any kids to play catch with, none at all. So, I didn’t just suck, I super-sucked at catching anything that was round. Footballs, strangely, were another matter. Maybe it was because they bounced funny.

Anyway…I was beginning to feel the adrenaline pumping at the prospect of not getting picked for a lab partner when a guy from my floor came over and said, “Enry Arvey! Congratulations, you just got yourself a lab paahtna.“ His name was Rodney and Rodney was from Baasten, Mass, and therefore incapable of pronouncing the letter, R. 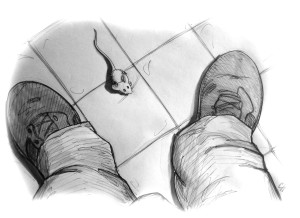 I didn’t know him well, but I didn’t see anyone else waving me down and so we retreated to a small cubicle and waited for the student prof to bring in our rat. From a cage filled with squirming white rats, the student prof. whose name was Stanley, reached in with his leather gauntlet gloves and yanked out a large squirming rat. Stanley plopped him in my pink naked fingers. Fortunately the rat was cooler than I was at the moment and just sat there, grooming his ears and playing with his tail.

“Don’t worry,” Stanley said, “the first experiment is the easiest. Put him in the box. Put pellets in the feeder, and take notes. The feeder’s set to dispense a pellet after every third bar-press. All you have to do is graph how long it takes him to learn that he has to press it three times. Any questions?“

“How come you got gloves and we don’t?” Rodney asked.  Stanley didn’t honor the question with an answer. He just grumbled as he left for the next cubicle.

Rodney slid the cage door open as I carefully, gingerly, steered the rat toward the door. From two feet away, the rat leaped and climbed on in. This was one cool rat. This was an F&M rat. We were all going to get along just fine. On a grey metal shelf above the cage sat a carton that looked like a cereal box except for the picture of a rat on the front. I filled up the feeder while Rodney popped some rat chow in his mouth and began crunching. “Mmmm,“ he said, “Just like home cookin’.” 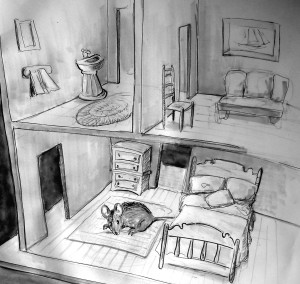 Mouse in the Dollhouse Illustration by Cameron Harvey

In the meantime, the rat (which I mentally named Rodney as well, because there was a marked resemblance) was already sniffing out the cage. He went over and pooped in the corner and I got my yellow pad out and began scribbling notes. l felt a little stupid writing the words but my first note for the experimental psych class was, “rat pooped in corner.“ Then I had the mental picture of Stanley taking points off for not being speciﬁc, so I added, “corner nearest the door” in parentheses. I was trying to decide whether I was supposed to count the number of poops (of which there were three) when Rodney the rat did a strange thing. He went over to the bar press and whacked it so fast, he looked like he was playing the honky-tonk piano. Then he stopped and began nibbling thoughtfully on the rat chow. A moment later he went straight back to the bar-press and did it all again…same technique. He was playing a mean boogie-woogie on the bar and I imagine getting a little fatter every time. I pictured what the graph was going to look like for my report. On one axis: time. On the other: bar press responses. Well … it didn’t take a genius to know that the graph was a line starting from zero, and going straight-up through the roof.

I was concerned, but Rodney, the one from Baasten, remained nonchalant. We were finished in twelve minutes, which was the time it took Rodney the rat to empty the feeder. “How are you gonna write this up?” I asked Rodney.

“Hey—Ya know, you worry too much. Our duty is to observe and take notes. Who gives a shit if the freakin’ rat is a genius? It’s not our problem.” I had to admit, he made sense. 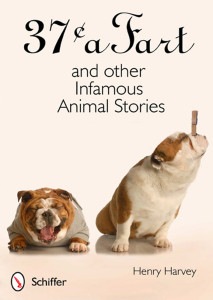 We were well into our second experiment the following week, when I got the results of our first report back From Stanley. He came in, tossed our two reports on the desk, glared at us and turned to leave. I looked down at my report. The red “D” Filled the entire top of the page. “Hey—what happened?” l called after him. ”

Stanley was apparently primed and ready for the encounter. He turned around, red-faced. “What happened?” he said. “What do you take me for, a freakin IDIOT? All you two douche-bags did was feed the rat a bunch of pellets and split an hour early. You’re lucky I didn’t give you a zero. Also … do you have any freakin’ idea what anthropomorphizing is?”

Uh oh…I’d completely forgotten to look the word up. Rodney and I just stood there.

“Anthropomorphizing is when you attribute human freakin’ attributes, human freakin’ thoughts to your rat. It has no place in a laboratory.” He picked up my paper and began to read. “Rodney seemed extremely psyched at the prospect of going into the Skinner Box. He jumped in, checked the place out, and then did a little boogie woogie on the bar press. I’m beginning to think that Rodney is a genius among rats. It’s a theory I’m entertaining.”

I looked down at what Rodney was doing at the moment. On this experiment the procedure was more complicated. Rodney was supposed to press the bar ten times, stop, go over to the corner and pick up a metal ring, and then come back and press the bar three more times.

Well … Rodney was a veritable blur of white fur racing back and forth between the bar and the ring. Now at the bar, he looked like a German spy in the old war movies, tapping out secret code inside a suitcase transmitter. Rodney was a genius, possibly some new genetic mutation, and it looked like I was going to flunk experimental psych because of it.

I went back to the dorm that afternoon with pages of notes and a graph that went straight up … again. I was nearly in tears. I had never flunked anything in my life. And then Rodney, the person, knocked on my door and peeked his head in.  “Enry Aavey!” he said, the way he always did. “How the fuck are ya?“

I held up the graph I was drawing, trying to work in some kind of tiny curve. “Not to worry,” Rodney said. “I just got a call from Stan-the-douche-bag. Stan-the-man went back and did a little checking and … guess what, our rat has taken this course before…last semester. He’s a freakin’ shill!” 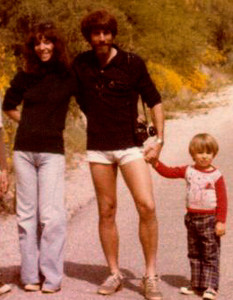 Extremely rare shot of all three Harveys together…cuz I take the shots.

“That’s the good news. The had news is we got two days to catch up with the new rat. Oh, and by the way, ole Stan told me to give you in particular a heads-up. If you do any more anthropomorphizing, you’re gonna get your D right back again.”