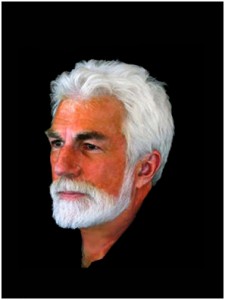 I’ve watched a couple of cautionary TV shows where the news anchor or test driver announced beforehand that they were going to scientifically test the effects of alcohol and driving.  It’s just about what you expect.  The first couple of shots are all right, but somewhere along the line the guy starts running over those orange plastic cones and…giggling.  Not a pretty site.

As a kid, when I was learning to fly, the prospect of flying under the influence was…well, it wasn’t even a factor.  It was hard enough stone sober.  Judging my approach on a short grassy strip…it would not have been pretty.  It might have even been lethal.

Later on, in fact recently, I got an opportunity to test out that theory with my extremely sophisticated MicroSoft Flight Simulator X.  With it, I can fly any plane I’ve ever flown…plus a couple more  in any kind of weather, country, condition, and be guaranteed of remaining in one piece at the end.  Soooo…one evening I had a couple of old flying buddies over, we quaffed a few and then took to the skies.  Predictably it was funny but basically pathetic.  Just very, very bad bumpy landings…and worse.

Soooo… where are we going with this?  My dad was a writer, a best-selling novelist with a couple that were about Viet Nam, but he was also a writer in the Hemingway tradition.  The word, macho, was bandied about a lot..too much, and he drank hard…seriously hard.

Mom was his editor, and I can tell you that she suffered…a lot.  We kids did, too…also a lot.  And I swore I wouldn’t go down that trail.  I haven’t, thank God, and I don’t intend to.  But tonight, somewhat like taking off in that flight simulator, I decided to try writing something…after a very long, hard, day, and a good hit of Johnny Walker Black.  I can see that the sense of humor is down a quart.  I’m not really scintillating either and…to tell you the truth, writing is just so damned complicated that I wouldn’t recommend writing under the influence under any circumstances.  Oh…for what it’s worth, Hemingway drank a lot.  But contrary to popular myth, not when he was writing.  Later…much later.  That’s one of the reasons he’s still considered one of the greats.  This was a test by me and for me…  See for yourself…  I’ve already drawn my conclusions.  HRH