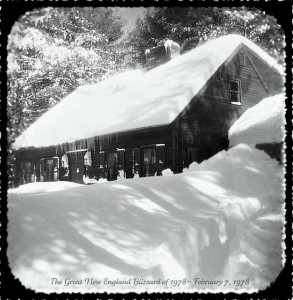 The Gripe:  For the past 30 years we’ve lived at the end of a half-mile road which winds through deep forest.   Oh, it’s pretty enough.  Grandma Moses would have loved it…except, when it snows, there’s nowhere to put the snow after your first pass. And…our snow lingers after the entire rest of the county is bare.   Two days ago I was out in the middle of the night, plowing, subzero temps, and 35 mph winds.  And…it’s getting old.   Got a bad case of Cabin Fever and to steal from a Christopher Walken skit,  it’s not more cowbell  I need, it’s…  It’s…….. 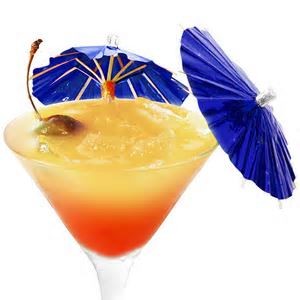 At this very instant, Pamela is reading over my shoulder and wondering aloud why my fingers aren’t tippling across the keyboard.  “Need some help?” she asks, though there’s a veiled challenge.  “How ’bout, rum drinks with little umbrellas stuck in them?  A lunch of conch chowder, coconut-crusted shrimp…and another rum drink?  Nude sunbathing on Orient Beach, walking for miles, half in the surf, half out of it and feeding the seagulls?  A little Bob Marley Reggae at three am?”

Misery LOVES Company.  It’s really true! This written-in-stone fact was brought home to me a few years ago, when we met for dinner with a British chap and his wife.  He seemed in a basically dour mood until we arrived and I announced that Pam and I had had a big fight driving over.  I wish I had a video of his spirits rising, then soaring, zooming, turning and banking.  He looked at me and said,  “Oh Dear…How can this be?” but he was grinning like a Cheshire Cat.   Sooo…the first rule for cabin fever, or any sort of bad mood, depressive cloud over your head, is to call someone up whom you’re pretty sure has it even worse off than you do and commiserate.  It’s a sad commentary on human nature…but it really works!!!

Rule One:  As soon as I finish this, I’m going to call this self-same British friend and tell him what a terrific mood I’m in and how great everything is going…which will piss-him off to no end…but at least I will feel a bit better.  ( For those utterly devoid of irony, please don’t write in on this one.)   Soooo… you have your first rule:  Seek out some poor bloke who’s even worse off than you are.

Rule Two:  SEX:   A while back I wrote an article only slightly tongue-in-cheek making a case for how SEX is the answer to EVERYTHING.  I made a pretty good case and it ended up being published in other magazines.   If you’re talking short-term, it pretty much works.  Great Sex takes away pain, tension, depression…makes you not really give a flying foo-foo that your kid did…or didn’t get into Harvard, and makes your annoying neighbors not so annoying.  Afterwards, depending on your age, rest up awhile, then watch some truly naughty movie and go back to step one. 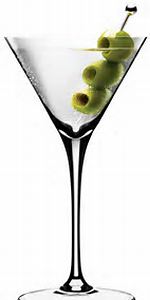 BOOZE:   I’m not suggesting…even in jest, that anyone abuse alcohol.  It’s not a funny topic and I should know.  My biological family was cursed with some bad genes in that regard and for the first forty years or so of my life, I over-compensated and worried that I might suddenly turn like a werewolf at full-moon into something familiar but horrible.  It just didn’t happen.  The luck of the draw.  But…when I can’t get the front door open because the drifts are so high, and even my trusty Kubota doesn’t want to start because it’s 22 below zero, Pamela and I make up a batch of martinis (for some reason they make us goofy and amorous) and we laugh at the snow, the weather forecast…everything.  Plato was right, of course:  Nothing in Excess.  But, when you’re housebound for five days and you can’t even go outside…what is an excessive amount of martini drinking?   Don’t have the answer, really.  Pam and I are really “cheap” drunks.  One drink and we go right to stupid. 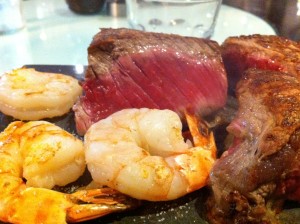 FOOD:  When you’re housebound or have cabin fever…THAT is the time to pull out the cookbook, defrost those filets mignon,  mix up a batch of Toll House cookies…or whatever does it for you.   Over the years, Pamela has evolved from being a pretty damned good cook to a culinary queen.  I don’t remember groaning over mushroom soup when I was growing up, but the times have changed.  Pamela’s homemade cream of mushroom soup (with our homegrown mushrooms) is close to a religious experience. Diet when the snow goes away and the temperature rises.

PURE ESCAPE:   A terrific book will do it.  But a terrific movie will also do it.  There’s a sea of crap out there to watch now…some of it teeth-chatteringly bad.  But, there are diamonds scattered about, whole bunches of them to watch…read.  And they’ll take you to another land. 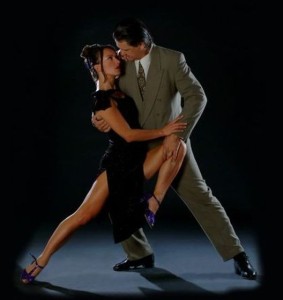 DANCING:  For me, dancing has, and always will be symbolic and not so symbolic sex.  Let’s call a spade a spade.  The music begins, you go over, make eye contact and ask, “May I have this dance?”  (There are fifty ways to say that, but you get the message.)  You lead your partner to the dance floor and embrace.  You touch the small of her back and tuck in next to her, pressing your bodies together…a little or a lot.  If you’re doing it correctly, each time you exhale, you are breathing into her ear.  And then…you are moving together with bodies pressed up against each other to a distinct and very ancient rhythm.  Sometimes, by accident or by design you actually bump together.  This can be a very good thing.  And if at the end of the dance, your partner’s eyes are a bit dazed and sleepy, you know you’ve done a good job.  In short…if you’re not ready to hit the sheets quite yet, you can hit the dance floor. 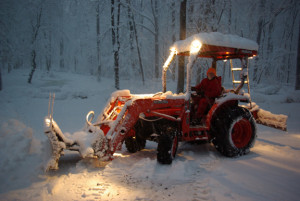 Bringing it all together:   It’s snowing…AGAIN.  The weatherman has just said it’s going to be 24 below with the wind chill and the wind is beginning to howl.  You haven’t been out of the house in days and you’re ready to start pulling the wings off of flies.  Get out that special cut of meat in the freezer, chill the vodka…and the glasses…and the shaker..and the olives and start shaking.  Put on the music, eat, drink, dance, and make Mary (assuming your mate’s name is Mary).  The snow will stop…tomorrow and the winds will subside.  Life is still good even with cabin fever.  (…yeah that’s me on the tractor…freezing)

P.S.  To put things in perspective…just a bit, there’s more than one form of cabin fever.  We were in St. Martin a while back escaping a January which was about as lousy as this one.   We’d had an amazing lunch and decided to stroll some boutiques on the French side (the advice in St. Martin is: eat on the French side, sleep on the Dutch side…good advice).  In one boutique we ran into a charming but depressed French woman who was the shop owner.  She couldn’t stand another week where she was.  She was going nuts…a strange form of cabin fever.  In three weeks she was flying to Switzerland to escape…to some snow where she could go skiing.