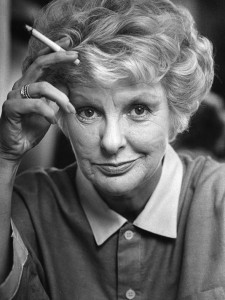 Last week I was watching a bio on Elaine Stritch who died in July at the age of 89.  She was a consummate actress, real-life character in the style of Ruth Gordon, Phyllis Diller, and maybe the character of Auntie Mame.  At 89 she could barely remember lines anymore, but no one who came to see her really cared.  Her awards and accomplishments were a mile long and they came to see Elaine’s intense energy and candor.   Didn’t suffer fools… and she had diabetes.  She was married to John Bay and somewhere in the middle of the bio, Ms. Stritch quoted her husband with a thought she considered to be very important.  “John always said that everyone…everyone carries a sack of stones with them.”  The room went quiet and strangely, it is this line that has stuck like a cocklebur inside my mind for weeks now.  It is this line that this article is about.

Backpedaling a handful of years, a friend, director, as well as movie producer came out to dinner to shoot-the-breeze as well as discuss the movie rights he’d just bought to a book I wrote.  During dinner, Rick Rosenthal said something interesting (BTW, he reminds you a lot of Rob Reiner, smart, funny, insightful…  Beefy, comes to mind as well.)  He was sharing anecdotes about some of the Hollywood celebs that he had dealt with and Pamela chanced to respond with, “When it comes right down to it, I don’t think anybody’s really got it made.”  Like Ms. Stritch’s suddenly quiet audience, Rick went abruptly quiet as well. Then he said,  “Pam, you have no idea how true that is.” 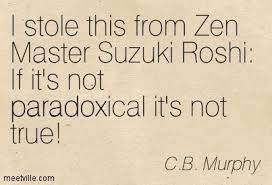 Zen Paradox:  Truth is, you get to a point in your life when your antennae can not only sniff the baloney, but also that sack of invisible rocks that hangs around everyone’s necks.

For the most part, this sack is really easy to see and here’s where that Zen Paradox I refer to so often, comes into play. 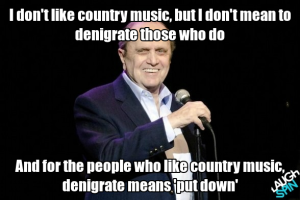 Here’s an easy one:  Take a look at nearly every stand-up comedian you’ve watched and then do a little homework.  Did they become comedians because they were happy well-adjusted little kids?  For the vast majority, the answer is a resounding NO.  They needed to work something out in their image of themselves.  They needed to purge the pain.  What a strange, wonderful, and at the same time paradoxical solution to life.

Pretend for a moment that you’re a psychiatric evaluator and Donald Trump enters your office.  Within four seconds, you will be made aware of just how powerful and rich Mr. Trump is.  Is that because he is comfortable with himself and has a good self image?  What’s your assessment?

Now, look around at your friends, relatives, oh and a little side trip in front of a mirror might be in order as well.  We all have some invisible sack of stones hanging around our necks.  Some sacks are small, some huge, some are old…some are new sacks and are potentially lethal.  Some will be hanging there till we die, hopefully remaining invisible.  We do our best to keep slathering on that “invisible paint” but it wears thin sometimes.  Good friends look the other way while you reapply.  Frenemies do the opposite.

That sack isn’t always some character flaw either.  It could be one trip to the oncologist that changes everything.  Some people leave that office and you never hear again, until the funeral.  Think of Norah Ephram.  I wrote about Nancy LaMott a week or so ago.  Same thing.  Or maybe the stock market took you out.  You zigged.  It zagged.  It happens.  But your pride makes you want to perpetuate the way things were in the good ole days.

Just for fun…and perspective, think about all your friends and relatives.  And then think about that femme fatale du jour or the latest stud in movieland.  Do you sigh, Man, I’d like to have their life!  Are you sure of that?  Why do so many comedians, rock stars, models, actresses end up in rehab, or worse?  Being a “child” not only of the universe but of the 60s as well, the list is scary. Jim Morrison, Jimi, Joplin, Belushi, Chris Farley, Michael Jackson…this could go on for pages, but you get the idea.   Obviously, fame and a whole lot of money isn’t the golden key to happiness.  Okay, you’ve had 30 seconds to think about who you’d trade with.  Did you come up with an answer?  If you did, then go back and do a little homework and see how much you don’t know about that person. 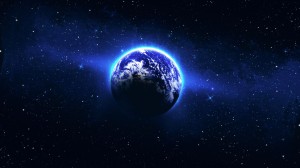 Perspective:  We’re all tiny organisms crawling around with other tiny organisms on a relatively large and beautiful blue orb.  We’re all here for the blink of an eye.  And to fall back on a line in a poem I posted last week (Desiderata), the line that snags me big time is:  “If you compare yourself to others, you may become vain and bitter, for always there will be greater and lesser persons than yourself.”  That one line may be  your safety rope to keeping perspective.  You’re not all that bad.  You really aren’t And…you’re not all that hot either.

A song by Neil Diamond,  “Done Too Soon”  kinda snaps things to focus.  It starts out with a manic beat, but wraps up sweet and clear and leaves you thinking.  See if you can hear it in your mind.

Jesus Christ, Fanny Brice
Wolfie Mozart and Humphrey Bogart
And Genghis Khan And on to H. G. Wells
Ho Chi Minh, Gunga Din
Henry Luce and John Wilkes Booth
And Alexanders King and Graham Bell
Ramar Krishna, Mama Whistler
Patrice Lumumba and Russ Colombo
Karl and Chico Marx
Albert Camus,E. A. Poe, Henri Rousseau
Sholom Aleichem and Caryl Chessman
Alan Freed and Buster Keaton too.
………………………………..
And each one there
Has one thing shared
They have sweated beneath the same sun
Looked up in wonder at the same moon
And wept when it was all done
For bein’ done too soon
……………………………………

P.S.  I know that having written an article like this, you’re thinking I’m gonna show and tell what my invisible sack of rocks is made of.   And now you’re thinking I won’t.  Wrong!  My invisible sack has two rocks (that I know of) but they weigh a bit.  Churchill had his black dog.  I have three black Boston terriers…as well as another kind of black dog that visits on occasion.  Don’t think I’m alone on that one.  Rock #2  I always concerned myself way too much with what others thought of me.  I’m getting better.  That rock is getting lighter, but it’s still too heavy.  Gotta work on that one…