We’ve barely sobered up from the debacle of 2013 and now…with our toe in the shallow end of 2014 we glare at it and snarl, “You’re gonna be a better year…or else!” 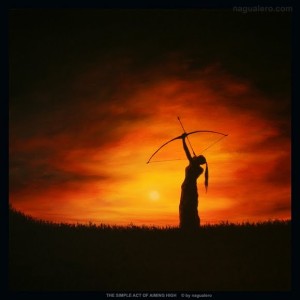 Shoot Higher!  To that end, some of us make New Years’ resolutions, little doable things like losing 10 pounds, or exercising more.  But it’s such a miniscule goal that even our psyches whisper, Why bother?

Know what the solution is?  Don’t lower your expectations, RAISE them.   Shoot higher… MUCH higher!  And if you miss, you can still say to yourself, “My goal was to be on the cover of TIME this year.  I didn’t quite make it, but it beats the hell out of not eating ice cream for a week.”

This Article is a Wake-Up Call.  Time is passing and…it doesn’t matter how old you are, NOW is the time to go for it.  This is not your dress rehearsal and you don’t get a do-over for today, or this week, month, or year. The cameras are rolling. 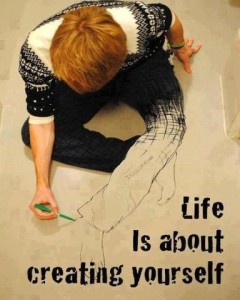 The first question I want to ask you is: “Did you actually invent yourself in the first place?”  No?  Well, now is precisely the time.  Every time I’m turning to final over an airport, I do the same maneuver.   I look down over the Sea of Suburbia and search for a single rogue house…someone,  anyone doing things differently.  (99.999% of them are beige, white, or grey) with identical culs-de-sac, identical blacktop driveways and I think, Why bother?  Are there only sheep down there?  No wolves at all? No shepherds???

Do you seriously want to live a grey, cookie cutter life, not standing out in any way?  Do you want to be #6,459,288,973 of the seven BILLION people on the planet?  I doubt it, but here’s what happens.   You and I, and everyone else gets snookered before we’ve even had a chance to think for ourselves.  We’re carefully trained, brain-washed, as to what is proper, tasteful, and acceptable, what path to follow…and even what to believe in.  I think people should come to those conclusions on their own.  White lights on Christmas trees, beige houses, maintain your grass no higher than 2.5″ and wear a white shirt to work (blue if you’re blue collar).  We are trained to be innocuous grains of sand on a beach.  Fit in.  Be like everyone else.  Yes, that’s the ticket to greatness.  Really?  Do you really believe that?  Look around you.  At the very least you can be a starfish, or….you could be a treasure chest, a beached whale.  You are the one who decides whether you’re going to be sand…or something else.  Archibald Leach…or Cary Grant.  It’s up to you.

Take a moment to think about the people who are the movers and shakers in the world.  They ALL have one single thing in common.  Not one of them is looking to fit in to the norm.  Fitting-in is NOT the road to success…it’s the road to FAILURE. 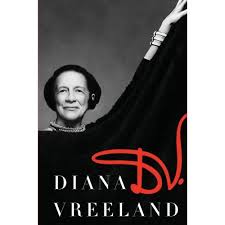 Want to jump-start your brain?  Watch it.  Diana Vreeland bordered on being ugly, wasn’t hugely wealthy, never went to high school, but she changed the world…improved it, and was a king…and queen maker.  She was also the gal who put Vogue on the map, creating Diane von Fürstenberg, Cher, Twiggy, Manolo Blahnik, Oscar de la Renta, Lauren Hutton, and scores more.  A true original who created herself.

Steve Jobs:  Same quote applies:  Don’t Give Them what they want.  Give ’em what they don’t know they want yet.  You and I didn’t even know what an iPhone was or what an iPad was.  Now, we can’t live without them.

Richard Branson: Same quote applies to Richard Branson when he decided to launch Virgin Airlines with two dilapidated 727s.   His idea was an insane and impossible task, but…take a look at how many world-class corporations begin with the word, VIRGIN.

Johnny Carson:  Born in the corn belt of Iowa, life attempted to press Johnny into “das mold” but Johnny got hold of a book on…How to be a Magician, and it was that simple, silly, little book that launched his billion dollar career.  As a child, he decided to invent himself from the ground up.  Piece-by-piece, he constructed himself.

Bob Dylan, Winston Churchill, Marilyn Monroe, Ernest Hemingway, Abraham Lincoln,  Lady Gaga, Albert Einstein, Elton John, Oprah Winfrey, John Steinbeck,  Stevie Ray Vaughn, Burt Lancaster, Madonna, John Lennon, Maya Angelou, Rudolph Nureyev, David Bowie to put one tiny drop in the bucket.  Like them or not, each one of these people created themselves piece-by-piece and turned boring beach sand into mountains of solid gold.  They did it themselves and with no template to go by.

EXCUSE:  But I’m too tired.  My best days are behind me.  I don’t have the energy…or worst of all…I’m Not Special.  To hell with that way of thinking!  Ditch it.  Sure, everyone wants you to fit in and not make waves…mostly because it allows them to shine more.  To hell with that.  My first boss at 5th Air Force, Japan, delivered a quick blunt answer to this statement.  He said, “Men, you have the rest of eternity to rest (rot)…in the ground.  Right now, you are alive.  LIVE!!!”  It sounds harsh, but it’s true.  The biggest sucker-punch of all goes to mature men retiring.  I’ve addressed this subject before…in depth, because it’s important.  If you can possibly avoid it, never retire…EVER.  Readjust, reinvent, but make it something worthy of your time, worthy of spending the rest of your life doing it.  Rearranging your workshop or waxing your car doesn’t cut it.  You are shooting way too low.   Eventually, you come to grasp that and at some point you have to go into the bathroom, peer in the mirror and say, “Okay–  What the hell are we gonna do?” 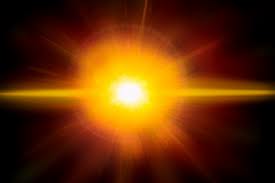 “…ING”  Huh???   What is it, some kind of acronym?  No, it’s called a suffix.  Go back to Einstein…or back a bit farther to THE BIG BANG and you instantly realize that the universe is composed of subjects and verbs…which are interchangeable.  Yes, matter=stuff= the subject of a sentence.  Energy=the verbs for that sentence.  In the beginning, there was a moment of critical mass, followed by an explosion too huge to comprehend.  In those first milliseconds, entire galaxies sprang to life…out of energy.  Matter from energy?  Yes.  Things were becoming...  Then they were accelerating, cooling, and a billion other ings.  You, my friend, are a mass of flesh, blood and bone.  But you are nothing if you aren’t doing.  I won’t bombard you with any more emboldened suffixes, but think about it.  That is what we are all here for…to do SOMETHING.  And who doesn’t want to leave their mark? their footprint on the beach?  C’mon…

I was going to hit you over the head with a list of famous people who didn’t “make it” until they were older, but the list is so long as to be ridiculous.  Clearly, the excuse that you are too old or too damned tired doesn’t cut it…it just doesn’t. 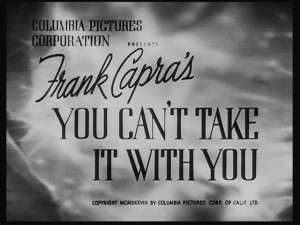 Walk-the-Walk:  My friends, associates and relatives both friend or foe, will all acknowledge one thing:  Though I’m “talking-the-talk” as they say, both Pamela and I have walked-the-walk from day one…perhaps even hour one.  I was a ten pound thirteen-ounce baby.  My shoulders coming out were so big, I broke my collarbone and had to be taped-up.  Sorry Mom.  But growing up in a Bohemian family, there literally was no normal…none at all and almost no guidance.  It was very much like the old movie, “You Can’t Take it With You” (great movie by the way), with everyone weirdly doing “their own thing”.  It would be very, very tempting to bend your ear for a paragraph or fifty, chronicling all the rules we’ve broken, or, to be more accurate, reinterpreted to match what we wanted to do.

Bottom Line:  If your heart is beating in your chest, I’m assuming you have an ego.  Is that a bad thing?  Nooooo…that’s a GOOD thing!  Really.  And I can guarantee you that every single person whom you respect or read or listen to their music, or read their philosophy, etc. marched to the beat of their own drum.  If you are religious, look to your savior.  He wasn’t a sheep but a shepherd.  And now…it’s time for you to get up to bat.  Lose 10 pounds if you want, but shoot higher…much higher, higher than you’ve ever aimed before.  It’s exciting. And once you start to march to your own drum, everyone will notice.  And…it’s guaranteed that you will take some flak from friends and associates.  Why?   99% of the time it’s because they sense that they are stuck to an invisible sheet of flypaper…and you just crawled off.  Go for it and reinvent yourself in whatever way you want.  To steal from Eric Burdon:  “It’s Your Life and You Can Do What you Want.“

P.S.  Yeah, that’s me all right…  Technically speaking, I just got my dream…only with a little asterisk…this year.  Next year?  I just might surprise you.  Here’s a suggestion.  Download your own Time Cover and insert your own image (much more fun.)  Print it out, paste it up on your bathroom mirror….and see what you can do to make it come true.  Even if you fail, I guarantee you’ll have a whole lot of fun with the process.

3 Responses to "Reinventing Yourself"