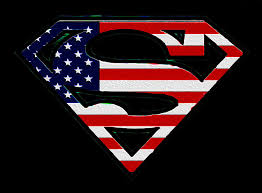 I can remember the first time the word, hero, slowly became a burr under my saddle.  It was a long time ago and on the television, a very young girl had fallen down a very deep well.  Someone heard her crying.  The fire department and police were called, experts on drilling and excavating brought in and…she was stuck there for days.  Eventually there was a happy ending.  They dug a parallel hole, large enough for a man (in this case one of the skinnier firemen) and he was slowly lowered into the hole, and brought the little girl up, crying and smudgy but otherwise okay.

The TV reporters and most of the media proclaimed the little girl to be a hero.  I didn’t think so at the time and I still don’t.  I think she was a very lucky girl, probably a nice little girl, but…she didn’t have a whole lot of options down there.  They lowered blankets and candy bars and coloring books to keep her occupied and eventually one pretty damned brave and skinny fireman gave a thumbs-up to the crane operator who lowered him down.

Was the fireman a hero?   Well…yeah, I wouldn’t really argue that point too much although…if you listen and watch the television, you’ll hear more often than not the following words, and they aren’t just being cute,  “I don’t believe I was being a hero.  I was just doing what anyone else would have done.”  I think that’s closer to the truth though I think anyone saying that is pretty damned brave.   Let’s scrape a little deeper and see what lies in the concept of heroism.

Was Superman a hero?   Think about it.  If we’re to “buy into the concept” Superman can fly faster than a speeding bullet, leap tall buildings, etc. etc. etc.   If I know I can’t get shot to death by the guy in the alley, how truly brave am I?  If I know that if someone pushes me out of a twenty-story building and I can fly…not to worry.  Are birds brave landing in trees?   I don’t think so.  The fiction of Superman is just that.  And real heroes are just a whole lot more heroic than that and a whole lot more interesting.

Let’s go back to that little girl in the deep well again, only this time, I’m going to whisper in your ear that that skinny fireman does have one very big phobia…claustrophobia, fear of close quarters and confinement.  The fire chief looks around at his men and realizes that only one of his men is skinny enough to fit.  Fred…claustrophobic Fred.  Fred gazes down into that deep black hole, scared…shitless, and says to himself, (s’cuse my French) “aw fuck…” But, he looks up at his chief, gives a thumbs-up and away he goes… not grinning at danger, but scared out of his mind…but he goes down, down, down, with the walls of that dirt hole scraping his shoulders all the way down.  Twenty minutes later he’s cranked up, little girl in hand and all is well.

I think there are all kinds of heroes and what I wanted to say is look around you, not at Ironman, or Superman, or Batman, or…Justin Bieber, or anyone just because they’re famous, good-looking, or playing a role in a TV series.

Look to the gals and guys who get the diagnosis of breast cancer or any kind of cancer for that matter.  In the time it takes to pronounce that word, the entire universe shifts on its axis.  And yet…on the way home, Mom or Dad, or Grandma suck-it up for the sake of not scaring their kids into being incapable of functioning.  The long-term heroism in that action is unbelievably heroic.

There are heroes all over the place, some of them quiet heroes with a sense of humor.  We have a truck driver who picks up our large sculptures for a company called Yellow Freight. Fred (and that’s his real name) works and works and works, driving sometimes fifteen- hour days, so his kid can go to Penn State and become a veterinarian.  Never bitches, never complains.  He just sucks it up.  Can he leap tall buildings in a single bound?   Well, yeah, but only in his kid’s mind.  At least I hope so.

On this Memorial Day, let’s remember first what it’s all about.  And don’t get me going on servicemen.  That’s another topic.  But if you glance closer and look at…not the three-star generals, but the sergeants, airmen, people who are in the thick of it, you’ll see heroes and acts of bravery every day…every damned day.  And when it comes time for them to come home, if they’re sick or depressed, or missing arms or legs, let’s not hem and haw about how much we’re going to do for them.  There can only be one answer. You don’t treat our sons and daughters and fathers and mothers like cannon fodder.  They are our heroes in a thousand different ways.

Let’s try to save this word, HERO,  for something important.  Ironman isn’t a hero…nor is Robert Downey Jr.  Just a good actor.  Drop in at your local fire station sometime or police station. Bring along a plate of cookies, lay em down…and then clap for your heroes.