Some people are connoisseurs of fine wine, some of great cigars, or maybe Degas paintings.  I am pitifully pedestrian when it comes to wine, I turn green with a waft of cigar smoke.  Degas on the other hand...mmmmm, though I don’t know enough to be a connoisseur.  I just like his work. 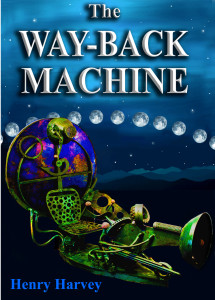 However,  if anyone on the planet has honest dibs on being a time machine connoisseur,  I might be in the top five, just by definition.  First off, I’ve been creating (and actually selling!)  time machines for the past 30 years.  They are truly a labor of love and buyers of time machines are a rare and quirky breed.   I’ve also watched the the best and the worst time machine movies, read the classic time machine books, and….right now, I am finishing up editing my novel about…guess what.  Yeah, look to the left.  It even has my French Quantum Mirage 5  Time Machine on the cover

The reason?   I’ve always been really frustrated with the movies and the books.  Most of them assume the reader or viewer is…well…not the brightest star in the firmament.  Even with time machines, there are certain laws of physics and also of cause and effect.  Having said that,  I actually liked Hot Tub Time Machine, so it’s not a snobby thing.  The movie made no pretense whatsoever, it was just funny.    And Somewhere in Time was a beautiful romance with the then stellar Jane Seymour and Christopher Reeve.  But it wasn’t really a time machine movie, unless dressing up in period costumes is capable of sending you into the past. 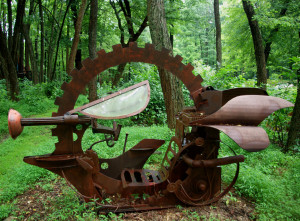 And Back to the Future was FUN, too, and no one on the planet doesn’t like Michael J. Fox…though the souped-up DeLorean was sort of incidental to the plot.  It could have been a go kart or a John Deere tractor or a Trek bicycle.

I always wanted to see a plot that seriously delved into the concepts of time travel: the pitfalls, the break-throughs, the temporal anomalies…and maybe even provided a viable hypothesis on how to accomplish time travel without losing the reader or boring him to death.  That was the goal of the book.  The first rule of writing:  Spin a good yarn. 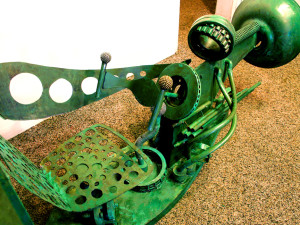 The novel, entitled The Way-Back Machine, (from a  60s cartoon on Rocky and Bullwinkle) gives you a peek behind the scenes from the first page.  It’s a handwritten note by the inventor written to his much younger self, explaining what is about to unfold. Because he’s writing to himself, it’s a bit raw and a bit self-deprecating, but…well…you’ll see. 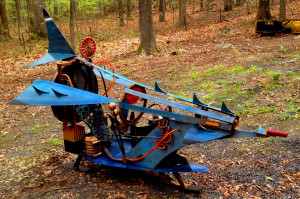 Here is our latest Time Machine, the QE (Quantum Entanglement) 17

I’ve sprinkled a couple of images of the time machines I’ve made over the years.  Some are funkier than others.  All of them are functional.  They actually do travel through time…albeit in a somewhat linear manner.

Look to see it on Amazon in a month or three.  The working artwork for the jacket uses one of my very own time machines.  If not mine…whose?

What you’re not expecting, but what you will hit very quickly, is a working hypothesis based on the teachings of Richard Feynman, Albert Einstein, and a little bit of Mr Peabody thrown in.   You really don’t need to know what Quantum Entanglement is, though…it wouldn’t hurt either.

The Very First Time Capsule…Not from the Past, but the Future!!!

Yeah, it’s really me, or to be more accurate, it’s you talking to you from what is, at the moment, about 75 years into your future.  Don’t believe me?  I knew you wouldn’t.  Take a really close look at my remarkably lousy handwriting.   Yeah, it’s me (you) all right and if anything, your handwriting will get even lousier over time.

Still don’t believe me?  Here’s something only you (and I) know about you.  You never told anyone, not even Bobby and you never will.  Remember Miss Patrillo’s freshman year English class?  Of course you do.  Remember, making out with Miss Patrillo herself…in the locker room? She smelled like lilacs and you gave her a hickey on her right boob.  Okay, I rest my case.  I’m me…and I’m also you, only from the future.

First things first:  You and I will NEVER meet face-to-face…and that’s a good thing…a necessary thing.  It would be…untoward.  See?  One more proof that I’m you.  That’s one of  your three favorite words:  untoward, enervating, and simulacrum.  Your three very cool douche bag words, which you will use throughout your life.  Yep, I know you all right.

Why am I writing this?  Because you, mon ami, will be the inventor of the very first TIME MACHINE.  I’m not going to give anything away.  It’d spoil the fun, but I can tell you this much, it’s WAAAY different than the way it’s been depicted in any book.  It’s more complicated, but there are some extremely cool things nobody’s ever thought of yet.

I’m also not going to give you the sets of equations you’ll need to solve this.  You’re going to have to develop a SUPER PASSION for physics in general and QUANTUM MECHANICS in particular.  It’s gigantically cooler than it sounds and here’s a little teaser right out of a future SAT test that’ll give you a teenie-weenie hint.  (Remember soap bubbles?  You know that you need soap to blow a soap bubble…can’t do it with just water.)

I’ll give you a hint:  It rhymes with wampum mechanics.   Yeah, your first time machine is gonna be blowing TIME BUBBLES!  It is so friggin’ neat! Pretty, too.  Just make sure you don’t stick your hand outside the bubble.  You’ll be sorry.

Oh…you’re gonna meet a girl, too, who is the weirdest girl on the planet…much cooler than you. Maybe smarter.  Protect her with your life.

Trivia:  As of this moment, I still haven’t seen a goddamn T-Rex, like in the movies…or made a kazillion dollars, though the three of us almost got our asses eaten by things called entelodons.  (Look it up.)

Your kid (yes, you’re gonna have a kid) will have the world’s record for a gestation period.  Fifty friggin’ years!!! though that’s sort of a technicality.

Okay, time to hit the books…and keep hitting them…pretty much forever.  You will become a nerd, but most of all, you will become…a DOUCHE BAG!!!

P.S.  I mentioned, the three of us.  You’re going to meet someone who’s your exact opposite…in pretty much everything.  He will be your best friend in the future.  Take care of him, too!  Life is good   …..me