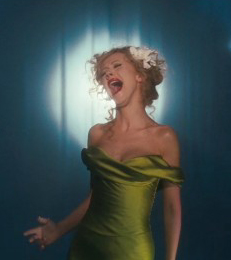 The most astonishing thing I’ve learned in the past few years writing articles, is that the farther out you climb on those slender limbs of controversial topics (waiting for that cartoon sound of someone sawing away at your branch) the more you realize that: (1) Most people are hugely more sophisticated than they let on and (2) no matter how weird your premise is, there’s always some faction who knows exactly what you’re talking about.

The focus for today is MUSIC, though I’m guessing it’s not in a way you’ve heard discussed a lot.  I will be mentioning a handful of songs, composers, etc. but it really doesn’t matter what music I like vs. what you like. When you come to one of the songs below, you can interpret and insert your own song…and the whole thing will make a lot more sense to you.

At its most fundamental level, music is something you play to affect your mood.  Notice that I didn’t say, “to cheer you up or make you feel good” because, truth be known, the goal isn’t always to feel good.  And…music can be a combative aggressive weapon as well as a mollifier.  Music sends messages both consciously and subconsciously.

Music as a Weapon: The first time I recall using music as a weapon was sophomore year at Franklin and Marshall.  I’d been dating a girl for about six months, though I’m not sure why.  She was pretty but we were oil and water from the start.  The end came when I began hearing nasty rumors and well…I’ll spare you the details.  That was the first time I used music, or in this case, one particular song to sum it all up. 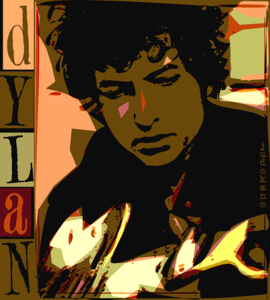 I sent her Dylan’s Positively Fourth Street.  For those younger or older, it was and still is the quintessential “Go Directly to Hell.  Do Not Collect $200” song. But again, from here on in, fill in your own version. I’m not pimping for Dylan, here.  The first couple of lines set the tone: “You’ve got a lotta nerve to say you are my friend.  When I was down, you just stood there grinning.”   And then, it goes downhill from there.  Ole Bob had perfectly summed-up my thoughts and emotions at the time, and I sent her a thing called a “45”.  It cost about a buck and it had an A and a B side.  The return address from Franklin and Marshall was all she needed to know.  And to tell the truth…it helped.  It really did.  Back in the dorm I told the guys in the hall what I’d done and…they were genuinely interested.  I saw wheels going around.  A trend began. 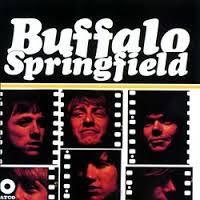 Junior Year:  Before there was Crosby, Stills and Young, or Graham Nash, or…just Neil Young, there was Buffalo Springfield…the mother lode.  Even after 40+ years the album is still fresh, sensitive and well-executed.  The night I met Pamela, the first thing I did when she slid into the shotgun seat was pop-in an 8-Track of Swan Lake.  Pamela was a ballet dancer with Harkness, but the 8-track was for real…meaning I had loved ballet long before we’d met.  Later I discovered that this one small gesture had set a tone.  More importantly, later on in the evening I put on a track from Buffalo Springfield.  It’s entitled,  “Do I Have to Come Right Out and Say It?”  By today’s standards it’s a sweet naive love song.  Guess it was back then as well but…   I really didn’t play the song as some sort of musical chess move.  It just happened, but without either of us thinking about it, that song had subtly changed things…things which have lasted for 45 years…and are still going strong. 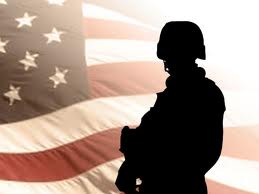 Music to Go to War by:  Forgive me if I miss the mark here.  I may be wrong, but I think I’m more right…than wrong.  Most guys I know have music that they either play in their minds or on some device, the purpose of which is to prepare for some kind of combat, war, fight, struggle, or offensive.  To my knowledge, women…again for the most part, are blessed with not having to suffer this gene.  In the military and as a civilian there have been times when…within minutes or hours, major shit was about to hit the fan.  Sometimes it has been life-threatening, sometimes just a fist-fight, and sometimes a war of minds was about to take place.

For me, I have several disparate songs that stand ready.  The first is: Fanfare for the  Common Man.  It’s what you used to hear before the Olympic Games, and it was written by Aaron Copland.  After hearing that, I’m ready to suit-up to fly, or to pop a clip into my rifle, or lately to slip off my glasses and turn my large ring around on my finger so I don’t break a finger when things go to hell.  It’s there.  It’s not pretty, but most guys get it.  And if a number of women giggle and say, “Oh, how neanderthal,” you’re absolutely right.  But there is a time.  Sometimes it’s when you hear someone downstairs at 3 am who really  isn’t supposed to be there.  Or when five guys are sitting on the hood of your car when you come out of a movie.

Philosophical Music:  I majored in philo.  And unlike a lot of college courses which once taken are instantly forgotten, I’ve kept up, remained hooked on trying to figure out what it’s all about.  In case you’re wondering, you’ll never get to the end.  You soon learn it’s the pursuit of truth that’s the thing.  It’s the process.  Once you “know everything” you are in a different kind of trouble.  But there is music so profound that I am still at a loss to transpose it into words.  Perhaps the closest I could come is…grace…or profound graciousness…learning down deep that we are all little warm vulnerable bodies on a tiny planet, attempting to be happy, do some good…and not get squished.  But Chopin, Ravel, Vivaldi, Puccini, Tchaikovsky, Prokofiev, Shostakovich, and Brahms, Satie, Bartok can take you pretty far toward understanding at least some things. 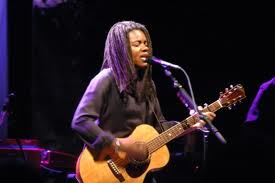 And… to be fair, there are some pop songs that can get you there as well.  You probably don’t know this one.  It’s called,  “Would You Change?” by Tracy Chapman and in the space of four minutes or so, it burrows right into your soul…makes you look in the mirror, and ask questions you should try to answer.  Or even, Dionne Warwick’s “What’s it All About, Alfie?”  So simple, but it sums it all up.

Spiritualism and Music:   There are hundreds, perhaps thousands of hymns and spiritual songs and…if you are already so inclined, I’m sure there are at least a dozen or two that will “take you there”.  So far, no breaking story here.  But what about the agnostics, the skeptics, and yeah, even the atheists?  What is their story?  Does it all fall on deaf ears?  I don’t believe so.  Though I was raised Episcopal, sang in the choir and was an acolyte, my philosophy and questioning as an adult have continued to be at war with that vestigial religious part of me.  But then, around Christmas, I’ll quietly go in a church, sit in the back and listen to some untrained fourteen-year-old girl singing, Ave Maria, and get utterly blown away.  I don’t understand it.  Perhaps I never will.

Music to Bum-out By:  Henry, Pamela…  Why would you, or anyone deliberately bum yourself out?   Answer:  I have no idea, but it’s there.   Anybody else ready to fess-up?  I’ll put on “It’s a Laugh” (Hall & Oates) or “Sweet Sweet is the Night” (ELO), “Done Too Soon” Neil Diamond, “And When October Goes” (Barry Manilow), “Here Comes the Sun” George Harrison, “It’s the Good Life”, (Tony Bennett) and we’ll lean back, stare out the window and think, ….damn, what happened? It’s all wrappin’ up.  Why go there? If anybody has a serious answer, I’d like to hear it.   …Done Too Soon came out when I was in OTS.  You had to sit through a manic minute and a half until the punchline, but when it came…it blew away, destroyed not just me, but the entire barracks.

For Every Girl or Guy You Ever Dated…there is a song.  Sometimes the songs are dumb, sometimes poignant.  Some tear your heart out and some want to make you spit.  Cherish, Love is a Many Splendored Thing, Game of Love, Young Girl, Never My Love, Wichita Lineman…yeah…….   But…did you ever stop to think how many billions of lyrics you know, though you never once set out to memorize even a single one?   Why?  Why is music sooooo powerful to us as if it’s imprinted directly into our DNA coding?  I don’t have answers now, just questions.

When Pamela’s downstairs reading or knitting, cooking dinner and she listens in to what songs are coming out from my 8000+ Apple compilation she can tell within the space of three minutes exactly where my head is at…and what needs to be done.

Lastly,  there’s a charming scene in the movie, The Big Chill right in the beginning.  One of the old college gang has committed suicide and…the scene shows them all streaming into a tiny country church.  The organ begins its somber playing and for the first twenty seconds you don’t realize that it’s playing…The Stones:  “You Can’t Always Get What You Want.  But Sometimes…….You Get What You Need.”

If you made it this far, I’m guessing you have a song or two..or twenty that are very special to you or maybe even changed your life.  Write in.  Share your thoughts.  There’s a little comments box below.  Maybe your story will inspire someone else to sit back and think…remember.  Thanks! 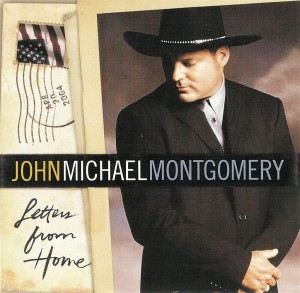 P.S.  Summing Up:  I’m not “in to” country music all that much, though I’m in a state of transition.  Strangely, there’s one song (country song) by John Michael Montgomery that sums it up for Pamela and me.  If you’re curious, here’s a link.  The video is a bit too country but if you close your eyes and listen, the meaning is crystal clear.   http://www.youtube.com/watch?v=16yarf4ZCwA&feature=kp&noredirect=1