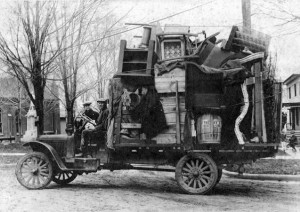 Spent the entire day putting 30 year’s worth of life into cardboard boxes.  This will continue through next week and what doesn’t go in a box, goes into a dumpster the size of a Greyhound bus. (This is the third one we’re filling. I have no idea how we did that.)   At the moment, one leg straddles the Northeast.  Overall, we tend to be a little wealthier up here…mostly.  We also consider ourselves a little more worldly which we equate to intelligence.  Not so sure about that.  We consider ourselves more sophisticated, too, though here’s where things begin to unravel.

With sophistication, we begin to develop layers of existence, layers of reality, depending on a whole bunch of things.  We disclose that which we choose to disclose, but there’s always a layer that we keep to ourselves…just in case.  Not so much down South.  It’s more direct.

Early one morning, Pam and I wandered into none other than a tractor supply store about 200-feet from our motel.  In a way, it was just what you’d think and in a way…utterly different.  First the prices:  You probably won’t believe me, but here goes anyway.  In Doylestown, PA, a quart…emphasis on quart of Kubota-orange paint…with tax will pretty well wipe out a fifty dollar bill.  Down in Black Mountain, we didn’t believe it when I held up a gallon of the stuff for $30.  And it goes on and on.  A high-tech kayak sitting in the window:  $225.00  The same thing in L.L Bean is  $450.00.  Freshest organic tomatoes you’re ever going to pop in your mouth…under a buck a pound. Up here, $4.99. 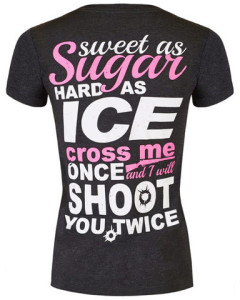 Pamela wandered over to the clothing section, rummaged around and then held up a little pink t-shirt with the following inscription:  Sweet as Sugar, Cold as Ice.  Cross Me Once…I’ll Shoot you Twice.  We were chuckling at the humor . But then a very skinny, very pretty cashier came over to help us and we struck up a conversation.  She had married for love, gotten pregnant, and then discovered the love of her life was highly abusive…dangerously so.  Now, with a two-year-old she said that she  carries.  For a second, I didn’t get it and she sensed this.  “I carry a .38 Colt in my glove box.  If my ex tries to hurt my baby or hurt me…I’ll blow his head off.”  This may be crude, but it seems to be effective.  She’s had zero problem with her ex since.

Trust and Keeping Your Word:  When my son, Cameron, was a munchkin, we had one of those talks, the heavy-duty father-son kind.  The topic?  Your Word…giving it and keeping it.  I came on pretty strong that day.  I explained that you can have a Mercedes, you can have a BMW.  You can have a mansion in the foothills.  But if your word doesn’t mean anything…it’s already GAME-OVER.  Most people, and I include myself, either trust or they don’t.  In not so overt a manner, that little pink t-shirt is correct.  Cross me, lie to me, and we’re pretty much finished.  You just don’t need a gun to do that.

When I pulled into Black Mountain last year to go house-hunting, my realtor didn’t know me from Adam.  Conversely, I didn’t know him from Adam, either.  And a moment came a few days later, when we had to get a bid in amidst a field of bidders.  Four of us sat down that night and the paperwork…gobs of paperwork, appeared.  Signatures and initials by the dozens.  At some point, I stopped and looked across at the gentleman.  I’ll call him Byron, for the purpose of this conversation, though his name was Fred.  I said to Byron (Fred):  “You know all of this paperwork doesn’t amount to anything if I can’t trust you.”  He smiled at this, which was strangely heartening.  He said.  “You’re right.  And you can trust me.”  We had a guy-moment and that was that.  And it’s been this way for a year, and I’m pretty sure it will always be that way.

Lest my Northern friends become offended, or hurt, here’s the thing:  I don’t think the people in Black Mountain or Asheville are inherently any different from my Northern friends.  I really don’t.  But things are more complicated up here.  Egos are bigger up here,I think, and STUFF, a word I’ve grown to loathe, has begun to reign supreme.  Down there, in the space of a week, I didn’t see a single Maserati, Mercedes, or BMW.  But you know what else I didn’t see?  Any road rage…at all.  No discourtesy and not one single beep of a horn during the entire week.   I think horns should be deemed optional down there….soon to be here. 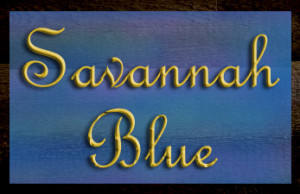 The house we bought down here is less than half the size of CrossBow, but guess what:  Savannah Blue will be paid for, you don’t really need A/C down here and…the TAXES  are  One-Tenth what I’ve been paying for 30 years.

Life is good and people are happy.  They may carry a pistol for protection, but no one I’ve met down here will knife you in the back…  Piss ’em off and you may be ducking a bit of lead, however.

Guest House: Trout fishing, panning for gold, skinny-dipping under a waterfall…all possible within 100 feet.. We claim 50% of any gold you find…50% of the trout, too.

P.S.  A whole bunch of you have honored us with your acceptance to come down and visit for awhile.  I can guarantee you’ll be very pleasantly surprised if you haven’t been to the Asheville area before.  You may gain a pound or two…the food is that good, and you’ll see some gorgeous mountains, waterfalls and truly friendly people.  Here’s what the Guest House will look like with a coat of paint and some gussy-ing up.  It has its own driveway, pond, waterfall, parlor, kitchen, washer/dryer and it’s 100 yards from the house.  Who knows, maybe you’ll see what we saw coming down here:  Friendly, happy people.

12 Responses to "Sweet as Sugar…Cold as Ice…"