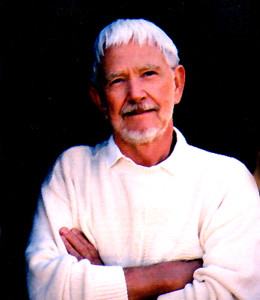 We were out at a secret little hole-in-the-wall restaurant last night in Lambertville, N.J.  You can drive right past it and think it’s a grungy little bar.  But if you chance to step inside, it’s like stepping into a worm-hole that takes you directly to Manhattan.  We sat down, ordered our drinks, and Pamela kicked off the conversation, with a twinkle.   “So…  What’s on deck for the next article?”

I hadn’t given it a thought, at least I didn’t think I had, and here’s where things get a little strange.  That naughty, clever gal I call my Muse, had apparently been working on the concept for a quite while without my knowing it.  I (she) said, “Mentoring?” The question mark was mine, but the topic was hers.  It’s difficult to explain muses.  For those who know me and Pamela, you know we aren’t into the flaky mystical stuff, which makes it all the more difficult to explain Muses.  Suffice it to say, when my writing is at its best, it’s when I’m in the back seat and my muse is in the driver’s seat careening into no-man’s land.  In a rare moment last night, it was my Muse who spoke up and did most of the talking. The subject, apparently, is Mentors, mentoring, and mentees.  For the record, I thought the receiving end of Mentors was Mentorees, but I was wrong and my Muse, who has a better vocabulary was right.

“Is a mentor the same as a teacher?” Pamela asked.

I’m going to give her a name now...finally after all these years, if only to make the dialogue run smoother.  Liz…short for Elizabeth.  That’s my Muse’s name from here on.   Liz said, “All mentors are teachers…of a sort, but not all teachers are mentors.  If you hire a carpenter to teach you how to put in a deck, the carpenter is your teacher, but he isn’t your mentor.   A mentor is someone senior to you who knows the ropes and for his or her own personal reasons, has decided to take you in under his wing and give you special attention.  If you listen to your mentor, you can learn a helluva lot very quickly.”

Rogers Gassner:  I’ve had two mentors in my life, both family men, gentlemen, men with class and both smart-as-a-whip.  For today and for logistics, I’ll keep it to Rogers…Rog.

Pam and I met Rogers Gassner when we were sent to Yokota AFB, Japan, for a four-year tour.  Rogers was ex-Navy but had been the Air Force’s liaison with the GOJ, govenment of Japan, since…forever.  He knew everyone and he knew how to make things happen at  very high levels.  I was Tempest Officer (there was only one…me…in the Pacific theater at the time) and it was my huge job to make sure that all of Japan, Misawa, Korea, and Okinawa were bug free…….electronically bug free, not the Orkin kind.

In many ways it was the stuff of some James Bond movie scenes and it was a job that I wasn’t allowed to talk about until 20 years after I left the Air Force.  I’m not joking.  Rogers knew the scope of what I had to do and decided to run interference for me, in Korea, Japan,  Okinawa, etc.  But our business relationship rapidly became a friendship and then somewhere along the line, he became my mentor as well.

Rog and his wife, Yoshi, and Pam and I would go to the officer’s club together and we all got along great and had terrific conversations.  But then in little bars in Osan, Taegu, Okinawa, and unmentionable places the mentoring began.  Rogers began to teach me the stuff that’s not in the books  but things I really needed to know:  How to deal with the Japanese as well as the GOJ, the government of Japan, who basically would rather we got the hell out of their country, how to deal with the ROK, the Korean government…putting in secret (at the time) underground complexes which the ROK needed…and yet highly resented.  How to survive in Osan, where the main bread-winning of the town was prostitution.

The first night we landed in Korea (even at 35000 feet you could smell the kimchee cooking.  It smells like a stopped-up cesspool) Rog, explained that every single girl in the bar was a prostitute (not too hard to figure) but maybe one-in-twenty was also a North Korean spy.  I remember him grinning oddly at me and saying,  “And they know what your job is, Henry, and they know exactly why you’re here.”

In retrospect, he was right and that would make a novel in its own right.  But Rog had  taken me under his wing and with his bestowing critical knowledge plus the extras which were ephemeral, yet necessary, we were able to do a pretty good job of debugging the pacific theater.   Had I not had a mentor, things would have turned out differently.  Take that to mean, much worse.

The funny thing was, Rog wasn’t assigned to me, nor I to him.  It was  mentoring but on a high multi-level.  Pamela asked me last night if it wasn’t some kind of symbiosis, the relationship between mentor and mentee.   I don’t think so, not in the purest concept of the word.  Symbiosis means that both parties derive an equal advantage from the relationship and that usually isn’t the case.   I think it’s on a higher or maybe different level.  A mentor gives much more than he gains.  But perhaps it’s his way of paying back to the world…and possibly living on through his proteges.

When I was interviewed by Peter Schiffer as to WHY  I wanted to do two books on sculpting secrets, my response was, “It’s payback time.”  Peter got it and I think that was the main reason we went forward with both books.  They were and are my attempt at mentoring.

Women carry on their life, their essence, by actually growing a new life.  Men can’t do that.  But we can be mentors to others and it’s rewarding in an of itself.

Rogers died several years ago but not before we began communicating again.  John F. Kennedy defined CLASS as grace under pressure.  What a simple and perfect definition.   Rogers was always a true gentleman, a man of incredible class…incredible grace under what was often lethal pressure…particularly in those little Korean bars.

…I was going to go on now to my second mentor, Harold Notarius, who mentored me during another much different portion of my life…my life as a sculptor, but Liz has, for her own reasons, decided that I should save that for another day.  The topic of mentoring isn’t finished yet, but it will be.

Thanks for listening.  Henry

1 Response to "Mentors, Mentees and Spies"