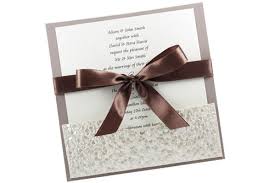 If you’re one of those rare individuals who has no trouble whatsoever saying no, or better yet, takes some strange delight in saying no, well…all I can say is bless your heart for this is an article you don’t need at all.

Those of you who are still reading know that this is sometimes the most difficult thing you can do.  It really is.  Remember, way-back-when…when Nancy Reagan coined the phrase, Just Say No, meaning, just say no to drugs?  Though I liked Nancy Reagan’s intestinal fortitude, I always thought it sounded a bit hollow.  I’ve never been into drugs, but I can sort of empathize that it’s a pretty difficult habit to break.  Personally, I’ve always found it difficult, sometimes impossible to say no to a plate of warm chocolate chip cookies with a cool glass of milk.  Truth is, I don’t even want to say no.

In a different category, however, my no-saying muscle has always been pretty weak and flabby.  Pamela, who has been with me since…God…I was a teenager, explained that my Achilles Heel is that I’ve always really wanted people to like me.   She isn’t wrong in her assessment, she’s dead-on-target.  I think most little kids, and most adults would greatly prefer being liked…failing that, a large dollop of respect and admiration will do in a pinch.

Yet, like anything else, you can take a fairly innocuous trait and carry it too far.  Truth is, saying yes to others about everything doesn’t nourish the relationship the way you’d think it might.  For one thing, certain types of individuals actually sense it and begin to abuse it.  They can be friends, relatives, business associates, anyone at all.  When the abuse begins, and it can be quite innocuously, a subtle change takes place.  In some small area of the mind, both parties are usually aware of it.  The abuser may feel a trifle guilty and the abuse-ee isn’t terribly happy either.  Eventually, it becomes a cancer that kills the relationship.

Pitfalls and Examples:  Where your children are concerned, most of us are happy suckers at least in the early years.  They are, after all, your blood, your flesh, your dreams of vicariously living on into the future.  But as Plato wisely cautioned, Nothing in Excess, and it really holds true.  Helping your kid is part of the game and can be good for both.  Help them too much and the Zen irony is you’re no longer helping them.  They have battles to fight, muscles and wits to sharpen, and they can only do that on their own.  Throwing money, and then more money and then still more money at them, is like addicting them to a drug.  Pretty soon, you become not only the bank, but the mark as well.

But money is only one of the most obvious ways to abuse a relationship.  As we age, a new commodity arises and the older we get the more precious it becomes.  TIME.  When you’re twenty-two and someone says, “Hey come over and help me clean out my attic!”  you might think, Well, what the hell…  When you’re forty-two, you think, “Well…” and mentally sigh.   When you’re sixty-two or seventy-two you think, “I have X amount of time left on this planet.  Is this really NECESSARY?”

We all learn life lessons from the weirdest sources, and under  the weirdest circumstances.  It happens when it happens.  I learned a valuable lesson (sounds dumb to admit it) from a television series called West Wing.  It’s been off a while, but it’s still prescient and fresh as today.  The lesson was a throw-away the first time I heard it, but it began settling into my consciousness.  The concept:  Buying into the Premise.  When someone asks you for something, money, time, a favor…whatever, often it is accompanied by a premise which has often been carefully crafted by the person asking you.  Your teenage son tells you, “Dad, Mom, I really have to have (fill in the blank) OR (here’s where the other half of the equation comes in) something terrible will happen.  They won’t do well in school, they won’t get into college, won’t be popular in school…blah…blah…blah.  At this point, you hesitate for a moment and then it pops into your mind:  HEY!!!  I don’t accept your premise!  A fancy way of saying, I’m not buyin’ it.

As our friends, relatives, associates mature, the game becomes much  more sophisticated.  Subtle and not-so-subtle threats come into play.  “Gee, I thought you liked playing in our bridge group.  Maybe you don’t…”  or “I can always take my business somewhere else.”   “Gee, I thought you would like seeing pictures of your grandchild…”  At some point, a line has to be drawn.  Respect has to be reestablished on both sides.

Here’s a typical example which has replayed over and over and over in a million households in a hundred countries.  Your spouse gets a call or a note or an e-mail. He or she walks into the den and says,  “We have an invite.”  You say, “Who?”  Spouse says, “It’s from (again, fill in the blank).  They want us to attend their daughter’s third wedding, their son’s graduation, bar mitzvah, anniversary, their yearly (lousy) Memorial Day Party, see movies of their grandchild takes its first step…  You say, “God…  Shoot me.”  I may have missed the specifics of what sets you off, but you get the idea.  Link together enough of these lousy and often expensive invitations and the style of what remains of your life goes from a possible B+, down to possibly a C- depending on how many you’re stuck with.

Then the guilt kicks-in.  Well, we can’t possibly say no.  What would they think?  And that brings us to the second half of buying into the premise.  Is it possible that at some strange tipping point in the future, one or both of you comes to the conclusion that going to the wedding, bar mitzvah, etc. is more odious than the consequences of just saying no?  It happens every day.  It’s up to each of us to sit down, think for a moment and when we’re backed into a corner, ambushed on the phone, we just finally let loose with,  “Man…  Sorry, I just can’t make it.”  You don’t even have to give an excuse.

…I’m still a fine one to talk, even after a good number of decades on the planet.  But, I’m getting better.   One exception (for me and for Pamela)  Steinbeck once said in one of his little books,  “Somewhere along the line you gotta be a sucker for someone.”  I think that’s true.  But you don’t have to be a sucker for EVERYONE.  Pamela’s and my suckerdome?  Three little black-and-white Boston terriers with sparkling shoe button eyes, who think the world rises and sets with us.  Gigi, Moose, and Scooter.  We’re suckers and we know it.  I’m the biggest sucker of all.  My rationale?  They’re on the planet for a very short time.  I want their time to be superlative.  But for everyone else…I have X amount of time left on the planet and I don’t intend to waste a second of it.

P.S.  One of my favorite things in the world is making Pamela laugh.  It’s just a huge thrill, though I really prefer to do it advertently as opposed to inadvertently.  My misspelling of bar mitzvah (two different ways in two paragraphs did the trick).  It’s not barmitsfa and it really isn’t barmitzpha.  Least I made her laugh.

1 Response to "Learning to say no…"