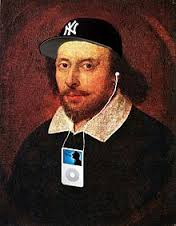 William Shakespeare really nailed it…and that was 400 years ago!   In his play, As You Like It, he said,  “All the world’s a stage…And all the men and women merely players.  They have their exits and their entrances.  And one man in his time plays many parts.”

Well…if ole William were magically resurrected today, he wouldn’t have to edit his speech very much.  In today’s parlance he might say, “All the world’s a stage and there’s a whole lot of bullshit going on.”

A kinder term is spin-doctoring and some people are way better at it than others, though… the better you are at it, the lower you are on your own personal food chain.  Huh?   Okay, let’s get to the other half of the equation so we can wrestle with the topic properly.   Here’s another quote, “We must be careful about what we pretend to be.” This one is from Vonnegut, however, not Shakespeare, though if time machines existed the two of them would probably be drinking buddies.  Sam Clemens would, most likely, be the third leg of that bar stool. 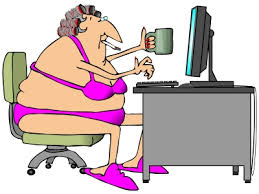 If you’re internet savvy, you know by now that most people aren’t exactly what they seem.  Computer dating:  The digital image you post on the site may be from 20 years ago, the best shot ever taken of you…and then heavily Photo-Shopped.  With Photo Shop you can lose 50 pounds, fix that droopy eye, club foot, snaggle-tooth, and nose shaped like a rutabaga  all in under five minutes.  Ya say you went to Yale?  Wow!  Was it to take a summer class in flower arranging or was it just to the bookstore to pick-up a sweat shirt and a sticker for the back window of your car?  Beware snotty sweat shirts…

Facebook, Linked-In…  Yeah, we can all appear as anything we like.  You’d never know it but I’m a nine-year old precocious, prepubescent Guatemalan girl writing this with my cell phone on a shady beach.  Well, that’s stretching it but you get the point.  The only thing that’s important is: You “Like” me and I “Like” you which takes all of .0257 of a second to tap on the keyboard…a large and extremely serious commitment.  Proud to say I have 500+ friends…or was it 5000+ friends?  My computer has some dried blueberry yogurt stuck on the Zero Key, which screws things up sometimes.  Wait a minute…maybe it’s only five people whom I truly call friends.  Could be more though.  Gotta clean that yogurt off and see.

Here are several spin-doctoring examples I’ve personally run into recently.  See if you can draw any parallels in your own world:

“Whenever I fly to Belgium, I always make a point of…”  (Translation:  I have flown to Europe at least once.)

“When I was in the Navy.”  (This is true folks!)  The individual who said this was, indeed, in the Navy for as long as it took them to process his 4-F rejection.  We’re talking days…   But that intro, “When I was in the Navy” buys credibility when you’re trying to close “the big deal” with a veteran.  It also pisses them off if they ever discover you weren’t. 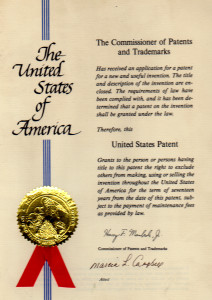 “I’ve just patented a new…”  A variation on this is, “My son, daughter, wife, husband, cousin Freddie just patented a new…”  (Having a couple of real ones of my own hanging on my wall…and they’re a matter of record,) I said, “Cool!!!  What’s your patent number?  If it’s your first, you’ve probably memorized it.”  As it turns out, what the spin doctor should be saying is: patent applied for…not patented. The difference: I could stamp  patent applied for on the Krispy Kreme I’m currently dunking in my coffee.  The cost is nothing and it’s worth every penny.  A patent, however, takes months sometimes years and costs $$$$$$$$$$$.  There’s a difference.

“This was a good year…pulled-in close to 300K.”  At a cocktail party, that’s pretty heavy-duty artillery.  The follow-up question to this might be, “Uhhmmm, you actually netted 300K or you grossed 300K?”  “Uh…I’ll have to check on that and get back to you.” FWIW it’s entirely possible to gross 300K or 300 million and still be losing your shirt.  It doesn’t tell anyone what your profit was…what you actually made.  I’ve been suckered on this one way too many times.

The …$2000 Dollar Jacket:  It just never occurred to me that it might be baloney.  When we had a little gallery in New Hope, Pa, there was a leather shop across the street and the guy always seemed to be competing.  By Sunday afternoon, he’d wander over, ask me what I’d made…and I told him.  Never once did I win.  Much later, one of his employees came over for a cup and I learned that when he’d sell a $200 dollar jacket, he’d brag that he’d just done $2000.   Eventually, sooner or later we all wake up and smell the coffee and begin to wonder where the reality is.  People “spin” in a 1000 different ways.  Keep your guard up. 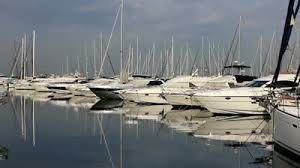 Eye-Opener:  Several decades ago, Pamela and I would fly down to visit her parents on Singer Island, Florida.  Everyone at “The Sea Winds” high-rise existed in some state of extreme wealth.  When we’d go down, I sometimes felt like sucking my thumb and curling-up with my “blankey.”  The most miserable guy at the Sail Fish Marina where we’d go for breakfast was a guy with a yacht that must have been 120-feet-long, lean, white, sexy…and opulent.  But size matters when the yachts are all at dock and yours is the shortest, as his happened to be.

Ohhh…wanna know what the BIG status symbol eventually becomes on Singer Island and 90% of the retirees in Florida?  Care to guess?  Make a bet?  You’ll never believe it.  It’s who can still drive at night!  That’s the big status symbol because it means you can still get around on your own.  It doesn’t matter that you used to be the CEO of XYZ Software Inc.  Can you get over to the CVS pharmacy before 8pm? 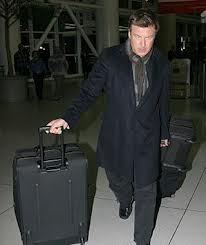 Famous People I know:  Another popular one springs to mind.  Here’s the spin: “…couple weeks ago, when I was flying back from St. Maarten with Alec Baldwin…great guy by the way, though he’s taller than most folks imagine..  Funny, too.” “Oh…you know Alec?”  “Sure.  Good man…liked him in Red October.”   The reality: Alec Baldwin just happened to get stuck on the aisle seat while I was next to the window.  End of story.  People spin and spin and spin.  Your job, of course, is to misconstrue.

Where it gets Dangerous:  We have a really nice guy named Al, who is our UPS driver.  Works his ass off and probably makes more money than I do, though that’s not the point.  Every day of of the week he delivers to the mushroom-like McMansions that have sprung up in recently super-wealthy Bucks County, PA. 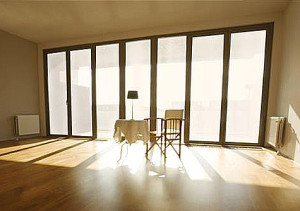 Every once in a while, though, he’ll start grinning.  “Ya know somethin’?” he’ll begin, “Half the time I end up carryin’ some little package into those McMansions and when I go inside, there’s nothing there… just a sofa, big screen, no dining room table and the guy looks like he’s gonna have a heart attack.  The guy’s financially shoe-horned himself in the biggest house he could buy, the most expensive five or seven series BMW (that’s what you buy in Bucks Co.) and he’s gettin’ eaten alive by the payments.”  It goes back to Vonnegut’s prescient quote:  “We must be careful about what we pretend to be.”

Quick Reality Check:  Want to know what the status symbol is in the cancer ward of your hospital?  It’s pretty brutal.  There are, indeed, different realities, different universes we live in.    Christopher Hitchens, who died recently of stage IV throat cancer, when asked about his prognosis, said quite genially, “Well….there is no stage V if that helps you any.”  If you have your health and a mate who loves you…you have plenty.

The Middle Class:  No person I’ve ever met has ever admitted to being anything below Middle Class, though it seems to be shrinking and sometimes only a shadow of its former self.  Fact: 70% of the revenue generated in America is generated by the “middle class”.  Strangle that class, however, and eventually the (s’cuse my French) shit hits the fan.  That’s economics 101.  What’s scary is watching many friends, neighbors, buddies, aging, or valiantly fighting the economic wars now and slowly losing.  Sometimes it’s time to bail out of the McMansion, be happy that you can, indeed, drive at night and…don’t have the shortest yacht in the marina, because you aren’t playing that particular stupid game.

Here’s the kicker and it’s a kindly kicker to what might sound like a slightly snarky article.  Spin-doctoring, for the most part is cheap and usually innocuous.  When you buy into it yourself, however, you may be in grave danger.  The real kicker???  It’s this and the whole point of this article:  Nobody…nobody…nobody really cares whether you have a McMansion, a 5-series, 7 series….or a drive a dump truck.  They really don’t.  What they do care about is who listens to them or makes them laugh, shares a similar story, or maybe just gives them a pat on the back or maybe an appropriate hug.  Nobody outside of your family actually cares what you own or what you’ve accomplished.  In reality, it often works in quite the opposite way.

For some of the Facebookies and Linked-Ins, or those trying to hook-up on some dating circuit…..just for laughs, trying telling it like it is sometime…without the spin.  Whole big portions of the country still actually do this and amazingly, they don’t disappear in a puff of smoke or lose their friends.  They just come to realize who their real friends are.   Pax vobiscum.

P.S.  Okay… Sonofagun, I just checked our mailbox and it seems that I have, indeed, actual 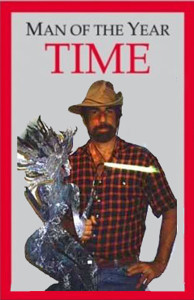 ly  just won a million dollars!  Woo Hoo!  It’s printed on expensive parchment, has a shiny gold-foil sticker on it and my name in HUGE LETTERS so it’s gotta be true…  Please disregard the above article.

P.P.S.  Anticipating my comment section question:  “How do YOU spin it, Henry?  Tell the truth now.”  My particular car is a really good example…and I wrote a blog explaining how I did it.  You can’t win in this county…not with Astons, Beemers, Jags, Mercks and Audis clogging the road.  Oh, wait a minute…you can.  Did my homework, bought a great and gorgeous car that turns out to be very rare in America.  It looks like all of the above cars, is quiet and accelerates like a sidewinder missile.  I paid one-half to one-third what the other guys did and I literally, not figuratively get stopped or taken aside to answer questions about it.  With the tiny things I did to it, the car itself is the ultimate spin….but then….it’s a fantastic car to begin with.  Read the blog if you’re curious.  http://henryharveybooks.com/uncategorized/a-different-kind-of-article-that-can-save-you-serious-bucks/

P.P.P.S.  A couple things you can’t spin:  You can’t spin how long you’ve been married…or happily married.  To steal from Leonard Cohen, “Everybody Knows”.  That’s my proudest accomplishment and Pamela’s too, me thinks.  And sincere congratulations to the tiny group of my friends who can brag the same.

11 Responses to "Guerrilla War of Spin-Doctoring"