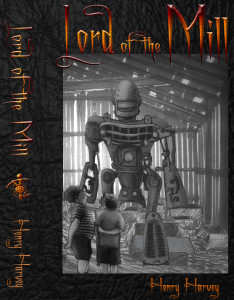 Sophomore year at Franklin & Marshall College and there I was, majoring in philosophy.  Why?  Who knows? It was the 60s.

During one long 4-hour seminar on the philosophy of Rudolf Carnap who managed to write what will go down in history as the most boring book ever written, a guy across the table slid a sheet of paper over to me.  It said:  What Two Things do Philo Majors Become?   I already knew the first answer: lawyers.  The second answer surprised me:  Philo majors make GREAT comedians.  Why?  I don’t have an answer for that one either but under the heading was a list of Jokes About Lawyers, which seemed to neatly tie the two concepts together.  Here are a few that are printable:

Q: What’s the difference between a porcupine and two lawyers in a Porsche?

A:  The porcupine has the pricks on the outside.

Q:What is the difference between a catfish and a lawyer?

A: One is a bottom-dwelling, garbage-eating scavenger.  The other is a fish.

Q: How can you tell when an attorney is about to lie?

A. His lips move.

Believe it or not there are thousands upon thousands of jokes about lawyers.  The above were some of the nicer ones.  The other bit of trivia is that in every culture on this planet there is some translation for the sentence: Kill the lawyers.

Okay…keep that thought in mind, because we’re coming back to it.  Sometime before sophomore year at F&M, actually it was the third grade, I chanced to read Charlotte’s Web, by E.B. White.  It was that book that began my love affair with reading and ultimately writing.  The thing I loved and still love about White, Steinbeck, and a handful of writers is their ability to tell a story simply and clearly.  No games.  No need for a thesaurus to figure it all out.  The words from these writers just flow straight into your mind.

After a number of years writing grown-up novels and fact books on my years of sculpting, I had this haunting desire to write a book that an adult can read and enjoy…or a kid.  Believe me, it’s a lot harder than it sounds.  The first rule of any kind of writing:  Write cleanly, but NEVER talk-down.  Always assume your reader is at least as smart as you are…and probably smarter.

I’d had an idea in mind for a long time:  Tiny town out in the boonies of western PA, and a Junkman who picks up the trash for the town in the wee hours of the morning and takes them back to Potter’s Mill to analyze, chronicle, and collate.  He’s a weird one.  In the back of my mind, I think I channeled a bit of Christopher Walken…just a very weird and different drummer.  What’s interesting is he’s only vaguely aware that he’s different.  The fireflies all hang around him in the evening and the frogs come over and sit with him.  He doesn’t wonder why.  His pet is an odd snapping turtle.  But the two small protagonists in this novel, Charlie and Bobby, are torn between spying on him and fearing for their lives.  He’s genuinely scary, but he’s also a man of principles.

Trouble is, he isn’t the one they have to worry about.  It’s the new, young, and pretty gal, named Esmeralda Quist, who sells her cakes and pastries out of her old Model A.  But…the plot thickens.  Esmeralda’s recipes consist of beetle wings, butterfly scales, frogs’ toes, and her pastries change people.  As far as the lawyers and attorneys in Clarion County, PA go, they are disappearing at an alarming rate…turning into snapping turtles and joy-riding on the waterwheel at the mill.  That’s just the baseline…business as usual for Esmeralda.

Things crank up when she meets the Junkman and they both come to realize where the true evil is in Potter’s Mill.  It’s a scary book, and it’s a funny book and it’s a strange world you just might like to nestle into.  And…thank you very much, Mr. White and maybe Tim Burton as well.  Teenager or silver-haired kid, give it a shot.  There are over 30 illustrations that serve as a lens to focus the scenes.

Here’s a link to the first chapters: http://henryharveybooks.com/read/read-the-first-chapters-of-lord-of-the-mill/

P.S.  First editions will be arriving this coming week from the printer.  Let me know if you’d like your copy signed!