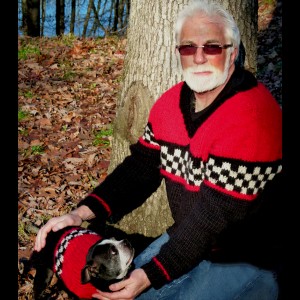 In the first two installments, I’ve waxed unabashedly in favor of the town of Asheville, North Carolina and its surrounding towns.

For  a one-sentence recap, having traveled a whole lot, this is the  town that really slam-dunks it for us.  Food: Great, Climate: Pretty close to ideal.  There are four real seasons, but it’s biased.  Winter is a pip squeak here and Spring and Fall steal about half of the winter months. Stuff to see and do?  (I just found myself chuckling out loud, which I rarely do.)  There’s at least one new festival or fair or music fest every week…probably more.

Nutsy-boltsy stuff : Compared to the northeast corridor, the far west and the perimeter of the country, the taxes here are, well about one-third to one-quarter what we pay.  Food, gas, lawnmowers, tooth paste, sofas…stuff are all significantly less expensive.  Utility bills?  Better here.  But this is only the ancillary stuff.  As mentioned in the last two articles, the gargantuan thing that stands out about this area, is the genuinely friendly spirit here.  A sidebar to this is a pace that’s commensurately slower (in a good way).  In scenic and bucollic Bucks County, the pace is fast, the road rage: frequent.  You sorta get used to this until you go somewhere else.  Housing prices.   To quote Homer Simpson,  “Aruggghhhahhh”  which is the sound he makes when he’s just finished off a box of donuts.  Stopping in to chat with Natalie and Byron, who run the realty in Black Mountain..frankly we could have been pretty happy with any of the three houses they virtual-toured on our behalf.  Prices?  Excellent.  Terrific bang for the buck.  This is not to say you can’t buy a million or two million or three million dollar home here.  But I’d venture to say a million dollar home here would be the same as a four million dollar home on the west coast.  And then there’s the land.  Pamela and I want a trout stream on our property…  “no problem”.

We’ve been researching this area for close to a decade now and last year (and this year) attempted to find someone with a real gripe, some dark underbelly to do with the Asheville area.  We’re (sadly) leaving the area tomorrow, but we’re very happy that we still haven’t found a single person who doesn’t like the place.  If you’re arty and a free thinker, Black Mountain may be your choice.  If you’re just a bit more conservative and like perfection, Hendersonville may be the place for you.  Weaverville, if you like the mountains and lots of solitude.  And Asheville proper is like Dorothy and her crew buying a place in the Land of OZ.

To cap off this final and admittedly exuberant chapter on Asheville, there’s a kinda cute and probably apocryful story that floats around about the town.  Everyone knows the town is really special but the explanation is that there’s some gigantic mother-lode of some kind of crystal buried beneath the city, which makes people a whole lot nicer when they live here.  This explanation makes about as much sense as any I guess.  Question:  In the place you’re living right now, is there a rumor going around about a big buried crystal…because everyone is so nice???????