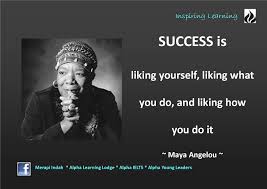 “There is nothing so pitiful as a young cynic because he has gone from knowing nothing…to believing nothing.”  Maya Angelou, The Truth of Words.

Strangely, the concept of cynicism has gotten twisted around a bit.  In the younger alphabet soup generations, there is quiet competition going on.  He, who is the most cynical and the most snide…wins.   It is ubiquitous, manifesting itself from  facebook responses, tweets, emails, to hatchet-jobs on everything from a new novel, movie, starlet, musical group, to something as lowly as a comb.  And what is the one thing these people all have in common? Anonymity.  Rule of Thumb to Live by:  If you are too gutless to give your name and address at the end, you don’t deserve to be listened to.

“The cynic is one who never sees a good quality in a man…and never fails to see a bad one.”  Henry Ward Beecher.

How many of you have looked at a new movie release only to see what has become a long predictable list of people cynically pointing out every possible thing that is wrong with it, real or imagined.  the critic generally has little to do with the movie or starlet and much to do with the short addictive jolt of power derived from having shown how cynical and snide the critic could be.  Are these critics all bad?  I don’t think so.  Are they lashing out in pain, disappointment that not a whole lot of life is what they thought it was going to be?  Yeah, maybe.

“Cynicism masquerades as wisdom, but it is the farthest thing from it because cynics don’t learn anything…a rejection of the world because we are afraid it will hurt us or disappoint us.”  Stephen Colbert.

How did we all get cynical?  I think I might have a part of the answer and…it’s pretty simple.  We got ground down with conflicting “facts”.  Take a young puppy and give it a biscuit…and then yell at it. Then tell that pup, it’s a good dog, then kick it around.  Then swat it with a newspaper when it gets up to stretch and then praise it when it craps on the floor.  Then yell at it once again.  After a while, with so much conflicting data, it finally concludes that there’s no rhyme or reason, no hope for learning the system…because there isn’t any system.  The system is broken.

Every kid, teenager, young adult, middle-aged adult and old fart on the planet is awash…make that drowning in data that’s all in conflict.  For every single position statement you read…you can find a counter statement.  It just depends on who you read, who you listen to.  Point of fact:  The information disseminated in one New York Times paper in any given day, is more than the entire collective mass of information learned by a person living in the 1800s.  Then hit Flipboard, Zite, YouTube, CNN, Fox, MSNBC, BBC, a tiny handful of tens of thousands of info sources and you can prove absolutely anything, and absolutely nothing.  Some minds eventually give up.  They back into a corner…glaring…and conclude that because nothing is perfect, they may as well by cynical.  It can even appear as sagacity, wisdom.  It is, instead, giving up.

I just saw a letter from a reader in our local paper that Ebola…is just a clever piece of political bullshit dreamed up by the government to hide what is really going on.  C’mon…  Is there no common sense left at all?  And men never walked on the moon, and there weren’t any labor camps or gas chambers in WWII Germany.  It’s all just…hype?  Good Lord… 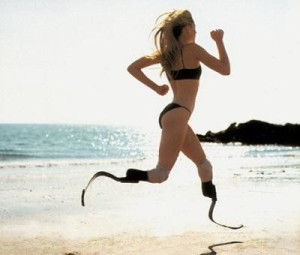 Winners and Losers:  I could fill an entire book with famous people who did NOT succumb to cynicism and negativism.  Go anywhere on the timeline of this planet.  Here’s one you may not know:  Aimee Mullins, born without any lower extremities at all.  A beautiful gal, smart, cheerful, and winner of numerous foot races.  She also lectures on not giving up.  Her TED lecture is an inspiration.  She is the anti cynic.  Another unusual one:  Dolly Parton, born in extreme poverty, abused, ditched, trampled upon.  Every hear of Dollywood?  Ever hear of Oprah Winfrey? Born in poverty. Richard Branson? Dyslectic.  Rupert Murdock, Steve Jobs, William Jefferson Clinton, Socrates,  Mother Teresa, Ghandi, and whether you’re religious or not, the physical person of Jesus Christ was anything but a cynic.  Now, let’s examine the great men, who sat back and  did nothing but criticize.  Let’s look at the great things they accomplished:  Uhm…..

Cynicism manifests itself in other ways as well…small but often dangerous ways.   In scenic, prestigious Bucks County, PA, we drivers have become so self important that…are you ready for this?  We no longer have to obey stop lights or speed limits.  An expensive new Beemer or Porsche, Audi, Tesla pulls up to a red light (presumably late for a meeting) and makes that left turn on RED, or just buzzes straight through the light entirely.  These people are just too important to have to put up with red lights.   Or…two-lane highway and you’re in #1 position…stopped at the light.  Only a little über car, (Tesla’s really accel at this…no pun intended) pulls up on your right, making his own private extra lane and then blasts by you as the light changes.  Well….these people are very important…maybe they have a right to….T-bone into my daughter’s car up ahead?  These are people who’ve lost faith in pretty much everything, including the rules of the road.  This is lethal.

“A cynic is man who knows the price of everything and the value of nothing.”  Oscar Wilde

Go back and look at your facebook entries.  Do you have friends or  frenemies?  The name of the game of late is:  Who wins the cynic of the year award?  And when you win…what does that say about you?

The cynic has lost faith in the system and in himself.  Golden Rule no longer applies.  The “truth” is whatever I can get away with, with no one calling me on it.

Fidelity:  The worst cynics of all feel entitled to lie to those closest to them.  “I was just out with the guys at the bar.  What?  You called the bar?”  “How dare you question my word!”

Political Cynics:  There are truckloads of anecdotes for destructiveness on both sides.  It’s getting bad.  But there is one entire television network that seems to have no care whatsoever for even basic truths.  I bet you already anticipated my answer.  Fox News Network.  Pound for pound they beat the other networks with their cynicism  90 to 10.  When caught on it, they smile and twinkle at the camera.  “We just want to win, that’s all.”

Nationalism:  We in America seem to think we’re still Number One…in EVERYTHING by virtue of the fact that we are Americans!  Disagree with that and you’re a goddamn commie or…God knows what.  America began slipping seriously about 25 years ago and we’re  sliding down at an ever faster pace.  We still have the potential…great potential, but not by deluding ourselves.  But the cynics here think, “Why bother?”

Down deep, I believe that hidden beneath that cynicism is someone who has become so disappointed that they see cynicism as their only safe haven.  At least they can appear wise and world-weary. 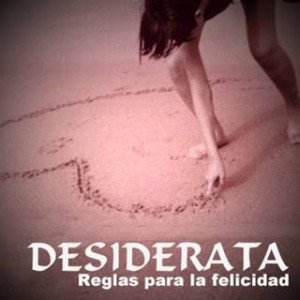 Can you become less cynical?  The truth is, it’s very, very hard.  It’s just so much easier  to be aloof and judgmental.  But there’s a pathway if you see the world about you being just too bleak to stand.  The first thing is to step back and do a little self assessment.  If you’ve been hurting others with your cynicism…apologize.  Tell them it will not happen again, and then make it stick.  Second thing, with your closest friends, loved-ones, and family, begin by actively thinking how you can make their lives a tiny bit more enjoyable.  Small deeds, tiny deeds can yield amazingly powerful results.

Biggest step of all?  Care to guess what it is?  It’s the hardest of all.  Forgive yourself.  The key to cynicism is self hatred, not hatred of others.  To paraphrase from one of my favorite poems of all time, Desiderata, be kind to yourself.  You and every other person on this planet are a child of the universe, no less than the trees and the stars…You Have a Right to Be Here….

Desiderata: If you could use a little emotional and psychic tune-up,  take a two-minute break and have that little kid inside you realigned:   https://www.youtube.com/watch?v=2yNJaKF9sXA

P.S.  If  you scroll all the way to the bottom, you can vent your spleen and let your voice be heard.  That’s the way it’s supposed to be.  HRH

Leave a Reply to Vickie