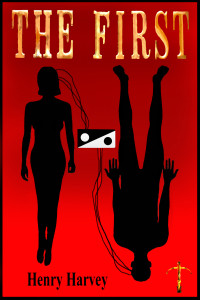 Did you ever meet up with an old friend, and it’s been so long since you’ve talked that…for a  few seconds you just sit down and look at each other?  Where do you start?  How do you begin?  Believe it or not, when I sit down to write to you…yes you,  it is not like climbing up on a soapbox with a megaphone.  What it is like, is finding a cozy spot at the back of a bar, ordering a scotch-rocks, and then settling in for a warm and fuzzy learning experience.

Here’s a little secret writers rarely share:  When you write…you learn, sometimes as much as you’re sharing with your reader.  Sometimes more.

THE FIRST:  The impetus behind this article is something strange and wonderful that happened last night.  It has to do with a book I recently wrote, entitled, The First.  With no help whatsoever from me, my agent, or anyone else, it seems like readers are discovering this book and taking it into their own hands.    The truth is, this book is not mine anymore, it’s theirs and potentially yours.  I believe that’s how it’s supposed to be.

Having said that, there are a couple of things I first want to share with you.  While it’s a deeply truer statement than it might appear, the reality is: writers write.  It’s that simple.  In other fields of finance, promotion, ass-kissing, agent massaging, line-editing we’re often not so hot.  By the time you’ve written a book and polished it 20-50 times, you begin to feel like you’ve done enough.  Actually, your muse is already thinking about the next project.  In that way, we resemble sharks.  Move forward or cease to exist.

Another Truth:  (These are biggies, if you’re a young writer.)  Copy em down and tattoo them on you arm.  Ready?     Writers write…because they have to.  They need to.  If in the back of your mind you’re thinking, ” What I really want is to be famous”, or “I want to have written a best seller”, hang up your hat and try your hand at being a gigolo, rock guitarist, or insurance agent.  You’ll have more fun and a lot less hassle.

The key question that divides a writer from a non-writer?  If you were plopped down on a desert island and you knew for sure no one would ever read your book…would you still write it?  If the answer is no, then don’t bother getting into it.  I’m dead serious.  That’s the dividing line.

A last little whisper in your ear.  While there are all kinds of writers, just as there are all kinds of musicians or painters, here’s a secret which almost no readers know.  When you write, it’s just like walking the plank in one of those old pirate movies.  As a writer you build a little scaffold in chapter one, add a little planking in chapter two, having no idea whether you’re going to fall into the ocean and be eaten by a shark.  Worse than that, you have to continue building this f–king plank out about five hundred feet over the water. The process takes a year or three and any second, the whole thing can crumble.  It’s not for the faint of heart and it’s sure-as-hell not for quitters.

My MUSE:  My saving grace is a quirky little part of my brain I call my MUSE.  It’s a she, not a he, and she couldn’t care less whether I need my sleep, need a pee break, need to walk the dog.  Her voice always whispers, “Are we doing this…or not?”  There.  Now you know everything you need to know, to be a writer.   Boy, I wish…

The First:  Back to the focus of the story.   Having published a total of 18 books now, never, ever thinking or worrying about whether they’d sell well or not so well, I’ve done pretty well.  Yesterday, however, Pamela came back from the post office with a royalty check.  You get them with each book you write and…they’re really nice…put my kid through college, paid the mortgage, blah, blah, blah.  But this was a pretty damn nice royalty check on a book that had been written almost exclusively by my Muse…my subconscious.

She was the one who kept waking me up at 3 am.  She was the one with the clever idea for the story.  (It’s a doozy by the way and within 6-10 years you’ll be seeing that  technology will have caught up and done precisely what she came up with.)  Truth be known, my Muse has a much better vocabulary than I do.  I write at about 4:30 in the morning and by 8:00 am when I’m awake, I sometimes have to go back and look up the words she’s used.  It’s…hard to explain.

Sooo…  Here’s what my book, THE FIRST is about:   Also, check out the first handful of reviews below:

When CHRISTOPHER KNOWLES awakens in a hospital to discover that his body has been crushed in an accident, his surgeon, DR. BENJAMIN MANNSTEIN, explains that without all of the life support systems, he’s as good as dead.

Mannstein’s colleague, KEVIN GERTZ, has been experimenting with a micro-chip device he’s invented at Johns Hopkins. It’s called the Gertz Router and it enables a surgeon to sever the spinal cord of one patient and patch it electronically to the brain stem of a different patient.

The router shows promise but the donor they find is a brain-dead teenage…girl. The surgery, while successful, is just the beginning of their problems. Chris’s wife, JENNY, can’t stomach the prospect of being married to a young pretty girl and Chris himself can’t handle the prospect of no longer being a man.

On their way home from the hospital, their daughter, MEREDITH, calls. A ring-of-fire is surrounding the house. THE SHEPHERDS OF GOD, a right-wing terrorist group threatens the wrath of God if Chris doesn’t return the brain (and soul) to its rightful owner.

Here’s a link to the first chapter.

http://henryharveybooks.com/featured/preview-our-latest-thriller-the-first/Give it a shot on Amazon for  a $1.99 (e-book).

5.0 out of 5 stars     A Spectacular Horror-Thriller   By Pegleg  Format:Kindle Edition|Verified Purchase

The First is not really a transgender story, except in that it involves the first brain transplant from a man to a woman. The ramifications of it are explored in some detail, in a horrifically thrilling novel. In fact it is the only book I know that goes where Ed Lee (Header) has gone. “What’s a header, daddy?” is Lee’s line but could be from The First. The villains are not only nut jobs but true insane wackos and for a while, I thought the novel was about them more than Chris, the transplanted and his wife and daughter.   There is lots of killing and bloodshed, but the ending justifies the means to get there and is terrific. You definitely won’t be able to stop reading the last 20%.A very highly rated thriller that would get a 5+ if that was possible.

What would a person do who was in this situation? A very interesting choice. I was held spellbound by the predicament presented and the weirdos who harassed him/her over that choice which was almost no choice. A well written cliff hanger.

5.0 out of 5 stars Not Your Ordinary Trans  Tale   October 17, 2013 By Samuel Rafael  Format:Kindle Edition|Verified Purchase

In some ways, namely as an extraordinarily exciting and well-written book that was more about terrorism, counter terrorism and religious extremism, in the context of where modern science may be heading, “The First” offers a scary and powerful projection of our present world direction. In so doing, it proved to be a lot more powerful a book than this reader ever expected.  The First by Henry Harvey, is a novel about a brain transplant. The plot line is a simple one where we have a critically injured adult male whose brain needs a body transplant. While the pre-purchase précis on Amazon included the phrase “…but the donor they find is a brain-dead teenage girl” held some hopeful promise for this reader, taking the chance on buying it was a bit of a crap-shoot. Would this be just another mundane tale of forced feminization; maybe a “Frankentransian” horror tale; or, could it somehow offer a new and exciting twist on the subject? In actuality, this novel was much more the later, but clearly not in the way this reviewer expected.

Heavy on military ordnance, FBI strategy and a realistic look into the mind of terrorists, this is a novel that may scare you a bit in its realism.Luckily or perhaps very unluckily for our formerly male hero’s brain, the confluence of medical science and microchip technology make this all possible. How the wife, daughter and our hapless protagonist him/herself all deal with the switch is secondary to the fact that this type of transmogrification is just not ok in the minds of some folks. We’re talking about those single-minded individuals who would rather kill you and destroy others to save your soul, rather than tolerate your blasphemy.

Where a normal guy’s life is thrown into chaos by an accident, new medical procedure, and a few violent fanatics who believe what saved his life is a horrible sin against god. A well paced, and very enthralling story. 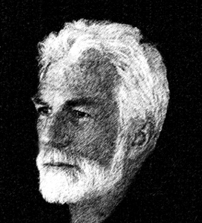 5 Responses to "The First, A Techno-Thriller"