I’m increasingly amazed and humbled by my readers over the past year.   You’ve hung in there through some pretty heavy topics.  More than that, I think a lot of you realize that  these blogs are, if nothing else, a no-net performance.  We’re not dealing with such gems as whether Kim Kardasian should write a children’s book.  I sit down and “open up a vein” as they say, all over the keyboard and hope to hell somebody out there understands what the hell it is I’m talking about.  It’s scary sometimes, but once in a while you find people resonating and that’s what makes it all worthwhile.  Okay…enough…  Let’s press on.  But thanks for reading.  It means a lot…and I’ve learned a lot from you. 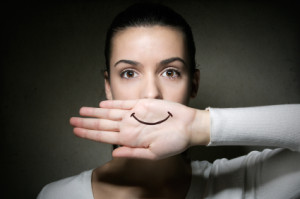 Splinters:  I had a gal drive up to the gallery about a month ago to order a sculpture.  For the life of me, I can’t remember what it was she ordered.  Making sculptures is my work.  It’s what I do every day.  It didn’t register, BUT in talking to this gal, though we were all smiling and joking, talking about what art forms she prefers, there was a fraction of a second when her guard dropped.  I saw a look in her eye.  Without engaging my brain first, (sometimes with disastrous results), I heard my voice saying, “You’ve got some big splinters, don’t you?”  I can’t really explain why I said it.  It just happened.  I was about to apologize for my blathering when I looked over and saw her face had changed and her eyes had gone wet and glassy.  I remember, she said,  “How did you know?” The rest of the time we talked about…splinters…her splinters…big ones.

It happened the other day as well and in truly the unlikeliest of places and conditions.  A silver-haired guy in overalls pulled into our driveway with a flatbed truck to pick up my big Kubota tractor.  It’d had a flat tire and when the tires are about as tall as you are, you don’t just slap on a spare.  We were talking about nothing much at all when I saw something similar in this gentleman’s eyes.  He was smiling.  The tractor was slowly being hoisted into the back of the truck, but his smile was off.  It was pasted-on.  I said, “Soooo…how are ya doing?”  He said, “Just fine.  Sun is shining.  Who could ask for more?”  It sounded wrong.  And I heard my voice again repeating the exact same question.  “Soooo..how are you doing?”  The artifice fractured and fell away in a fraction of a second and I began to learn what it’s like when you’re wife dies of cancer and you can barely walk a straight line and pour a bowl of corn flakes.  He said, “My life is now a series of trips, fumbles, and falls.”  I think he said it pretty damn well.

Splinters:  I don’t know what other people call them.  I truly don’t.  I call them splinters.  The metaphor seems to work if you think about it.  You’re going along in your life and without knowing it’s coming, a big hunk of something painful gets jammed into your mind, like a sharp pointed piece of wood.  And to milk this metaphor a bit, that splinter usually disappears inside you and gets stuck down there somewhere.  If you leave it there, it starts to hurt.  Leave it longer and it  starts to swell and get infected.  We as human beings don’t do very well with big splinters stuck inside us.  And the more I look at peoples’ faces or take that extra second to ask if someone really is okay, the more I see the face changes.  To steal from Dickens, tis a ponderously long chain of people with splinters they’re covering up. 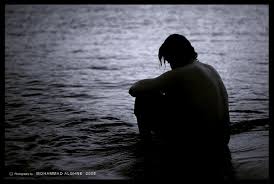 There are a helluva lot of ways to get splinters these days…many, many more than in the “olden days”.  I’ve talked a lot recently of depression and masks and self image and that’s part of it, but just a part.  There’s rage, impatience, disappointment, fear, loneliness inadequacy on multiple levels, unrelenting competition.   I have this horrible sickening feeling that there’s almost nobody out there who feels down in their gut, “Hey!  As for me…I’m doing GREAT!  I’m happy with pretty much everything!  Wouldn’t change a thing!  Nothin’.”

How Do You Get Rid of a Splinter?  I really hate reading articles that define something that’s wrong, get you down and then they wave bye bye.  I have a couple of solutions.  Are they fool-proof?  Of course not.  And the first one you may think I’m losing my marbles.  Music is one of the best tweezers for me, only a very specific kind of music.  Your choices will obviously differ and I have different sets of “tweezers” for different kinds of splinters.  Again, you probably aren’t aware of most of them…possibly any of them but it’s soul-baring time. 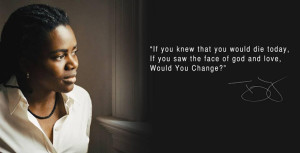 “Would You Change?”  It’s by a gal named Tracy Chapman and it starts off simply enough.  She asks questions, only really, really heavy-duty questions if you have some ganglion to rub together.  As a kind of weird sidebar observation, I notice in music that there are some chord changes that seem to  inherently bring out certain emotions.  I’ve never heard anyone mention this before, but most of my favorite musicians have an instinct for it.  Tracy uses it to excellent effect.   What does this song do for me personally?  It makes me grapple with the possibility that I might have drifted off base somewhere.  It’s kind of like a psychic realignment for me.  https://www.youtube.com/watch?v=FodfkqfJrhQ 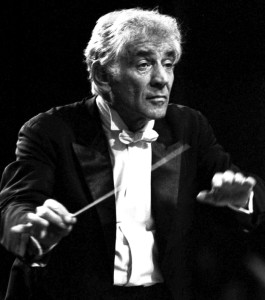 Requiem Mass:  Wolfgang Amadeus Mozart:  To get right to the nitty gritty, the piece I have in mind is the Rex Tremendae;  I’ll supply a You Tube link in a sec. but let me preface it first by confessing to all of you that…I’m not a church kind of person…at all.  I think a whole lot of bad things are done in the name of all the gods we have conjured up on this planet (Your particular God excepted, of course.)  The funny thing is, it’s the man -made artifice of man-made church rather than spirit where we really take the wrong fork.  Anyway…. When I listen to or watch Rex Tremendae playing, I look at the faces of the singers, listen to the utterly unearthly music, and feel so utterly and profoundly humble and yet at the same time proud of that part of mankind that is actually good.  Really hard to explain.  At the end, my thought is always the same:  Despite all the shit that life is bombarding us with… There is Hope.  If not in some ethereal being bailing us out, hope in mankind itself, eventually waking up and getting it straight.  Here’s the link:  Please do give it a shot whether you’re a Hitchens fan or pray to Zeus, Thor, Rah, or whatever God you believe in.  https://www.youtube.com/watch?v=a76GyB8W3bw 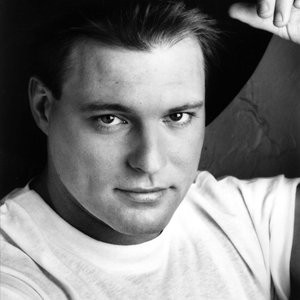 And to keep my promise, one more musical “tweezers.”  My classical music friends are going to raise an eyebrow and look askance but it’s a song by John Michael Montgomery.  It’s called, “I Swear” and it sums up Pamela’s and my marriage and lives together.  It sums up very simply, my pledge to her.  And yeah, Montgomery is a country singer.  Deal with it.  The song is excellent.   I play it…we play it when both our backs are against the wall at the same time.  https://www.youtube.com/watch?v=BgMvUd9dKI0

And….to cap it off, when things really get bad and I need to strap on the “gladiator gear” and face life’s monsters,  I reach down, not with a tweezers for a splinter but for a dose of adrenaline and my “don’t tread on me” attitude.  You guys will get this aspect.  It’s  called   Fanfare for the Common Man, by Aaron Copland.  They used to play it (quite appropriately) before the Olympics began.  https://www.youtube.com/watch?v=FLMVB0B1_Ts

Getting back to the Splinters:  Each of us has developed armor and defense mechanisms to shield ourselves from showing weaknesses.  If you want to do some good, try this for a change, see what you discover.  When you run into someone…really, really look at them.  See what’s behind their eyes, not just on their lips.  And don’t be afraid to ask, “How’s it going?”  A second or third time.  You’d be amazed what you find. 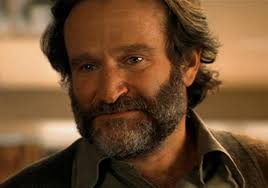 Oh…  A bunch years ago I chanced to see a little movie called, Good Will Hunting.  Matt Damon’s debut in writing and acting, Robin Williams and…it’s a damned good movie.  In the last ten minutes, however, it escalates from damned good…to great.  The greatness and the whole point of the movie occurs in a small but pivotal scene.  Williams ( a shrink) runs into Damon, his brilliant subject.  They’re having a break-through and he says four words,  “It’s not your fault.”  He ends up saying it nine times in about thirty seconds and…you learn what barriers we people put up and what huge invisible splinters we call carry around inside us.

Learn to be a tweezers.  And…learn to recognize the person or persons who are tweezers for you.  They come in all shapes, sizes, and from the strangest places.  One way to recognize them?  They actually look at you when you talk.  They…listen.  And once in a while one of them might say, “How are you really doing?”