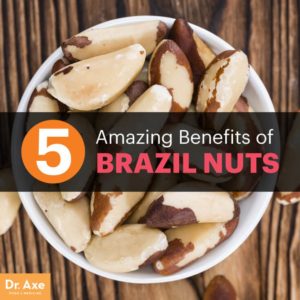 And once in a great while you can send them some information that will make them live longer…better…less painfully.

I ran into a lead, in trying to do more research for Pamela’s lymphedema and cancer and wandered into something fascinating.  Then I did some deep research, looking for some catch, some pie-in-the-sky baloney and there isn’t any.  Nope, no money to be made so no one is pushing it, least of all the drug companies.  I won’t keep you in suspense:

The magic pill isn’t a pill at all, it’s a damned nut…a Brazil nut to be specific.  Before you snicker, very briefly, here’s what 3 Brazil nuts help with: 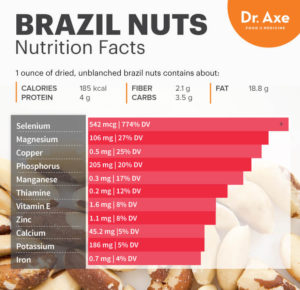 I’m not going to insult your intelligence or waste our times by trying to sell you on the advantages of treating the above.  Who doesn’t want to reduce the probability of getting cancer? lowering blood pressure? sleeping better?  C’mon…………

Once again, there’s no catch, no Brazil nut diet, no special offer, just go on Amazon and order two bags (one for your air-tight jar) and one for your freezer so you don’t run out.  I don’t sell Brazil nuts, I don’t care what brand you buy. 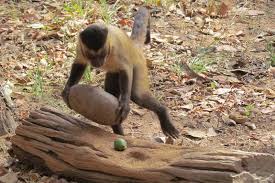 Get them shelled-though, they are truly a bugger to crack open and you don’t want to die early cuz you were too lazy to open some nuts.  Are they expensive?  Nope.

DEPRESSION:  In retrospect, I actually learned about one aspect of Brazil nuts many years ago.  An old friend of mine was suffering deeply from depression.  He’d come into our gallery up in Pennsylvania and sigh and moan and groan.  And we’d have a beer or two.  Then one day, he dropped in, noticeably cheerier and remained that way from then on.  He had a bag of Brazil nuts in his pocket and attributed his new cheerfulness to the nuts.  I was skeptical, not of his cheerfulness, but of the possibility that some nuts could make that big a difference.

Is there a secret ingredient in Brazil nuts?  Yes, there actually is.  Selenium and ingested straight from the nut is the best way.  They are also high in fiber, protein, copper, magnesium, and thiamine.

Please, by all means, don’t take my word for this.  Here’s an extensive site and no…they don’t even sell the nuts.  https://draxe.com/brazil-nuts/

Most of my readers are over 40 and I’m guessing that with only one or two exceptions, everything on the list of nine advantages is a matter of concern.  Pamela and I definitely include ourselves. 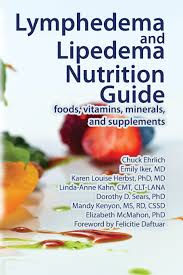 The back story:  As most of you know already, since Pamela became afflicted with Lymphedema, both our lives changed to commence fighting back.  We’ve both read books and most of them are woefully inadequate.  But one wasn’t:  Lymphedema and Lipedema Nutrition Guide  (Amazon).  That’s where we began connecting the dots for reducing swelling, for reducing inflammation, depression, blood pressure.  This is definitely a “just the facts, Ma’am” kind of book.

One fact to consider:  It’s not instantaneous.  You don’t pop a nut and feel like going out on the town.  It takes a couple of weeks.  Is it a hardship for you to eat (three) fairly tasty nuts every day?  No.  Is more better?  Should I eat 6 nuts and get better faster?  No, THREE nuts is the sweet spot. 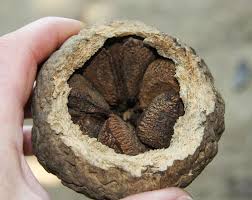 TRIVIA:  Brazil nuts aren’t actually nuts.  They’re seeds inside a really big nut that looks like a coconut.  Can you win a bar bet with this knowledge?  Maybe.

For what it’s worth, Pam and I are sleeping much better lately, my blood pressure, which was becoming an issue has gone down.  My last reading was 116 over 64… And Pamela’s swelling from the Lymphedema is reducing measurably.

A Little Secret:  When a writer writes, he doesn’t write for an invisible vacuous, faceless audience.  There are at least  30 or 40 specific people I have in mind, people I consider to be friends or at least pretty damned good acquaintances.  My job in these essays is to truly act like a friend to YOU.  That’s it. 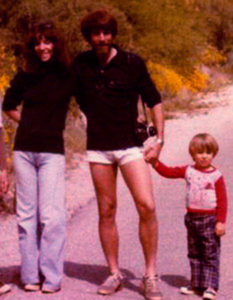 Yes, just by eating Brazil nuts, Pam and I haven’t changed a bit! Cameron has gotten a bit taller though

P.S.  Some of my friends in Florida may have gotten seriously snookered by Hurricane Irma.  These friends I have already invited to come and heal emotionally and perhaps physically.  Irma is passing over us even as I write tonight.  But she will be gone.  The mess she’s left you, won’t go away so quickly.  Remember you have two friends up in North Carolina.