I just came inside from having my ass whooped by a 15- foot pine tree that overlooks our big sculpture field.  Pam and I spent about an hour driving around the property looking for the perfect place to create our first Southern Christmas tree and I had high hopes.

As an aside, I have never, ever claimed to be even marginally adept at putting lights on Christmas trees.  I don’t just merely stink at it, I’m downright awful.  Adding the ornaments isn’t much better.  Last Christmas, I suggested over Christmas dinner that we should come up with Velcro ornaments that are set up so you can just stand back and pitch them into the tree.  Wherever they stick…they stick.  Nobody liked the idea.  And to share a little secret, I’m one of the guilty ones who really can’t understand decorating the side of the tree that’s against the wall.  WHY do this??? 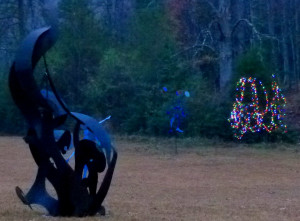 I was hoping when the sun went down that this would look less awful. I was wrong!

Unfortunately, the tree I just decorated truly seemed to have an attitude problem.  In my entire life, I’ve never seen or encountered an evergreen which when you merely touch it, deposits tiny painful little needles into your skin.  By the time I finished getting all 700 lights on the tree, I felt like I needed to go to the emergency room.  Truly annoying.  But what was worse, was the reaction I got from Pam.  She usually puts a kindly spin on the lousy job of decorating I do.  Not this time.  I got the 700th light onto the tree, looked back and said, “What do you think?”  She stared at it and then began shaking in laughter, her eyes wet from laughter.  Finally she said,  “Well, we have some options.  You could just NOT plug it in, or…you can come up with some explanation about it being an abstract statement about Christmas.”

Heading back up to the house in defeat, I tried to think of a worse job of decorating I might have done over the years.  Couldn’t do it. 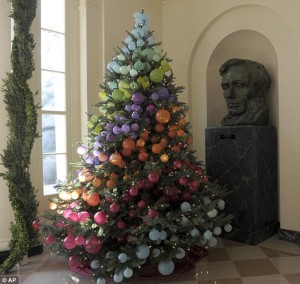 Observations:  There are several gay couples we know and…there must be something in the gene pool, because whenever we go to a Christmas party hosted by a gay friend, the trees are just immaculate…perfect.  I asked Curt one time how he does it and he confessed that most of the time is used up measuring the distance each new ball is from the last two balls. He confessed further that he likes to keep them all to a standard of deviation of half an inch.  My eyes glazed over.  My mind whispered, You use a ruler?

Inside just now, still licking my psychic wounds, Pam and I discussed best and worst Christmases we’ve endured…and why.  We discovered that 95% of them are wonderful, but not terribly memorable.  I’d be curious to hear your input…and if you care to, share your most notable one. 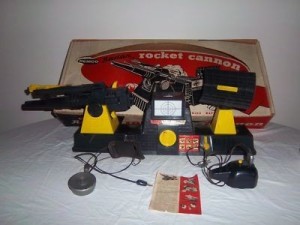 Ahhhh, this was probably the last of my kid toys. Soon after it was rifles and skis and more expensive stuff.

Mine break down fairly simply:  From toddler to early teenager, they were all like something out of a Hallmark special…with one exception:  Way back when, there was a toy made by the REMCO Corporation.  Remember them?  This was called the Remco Radar Rocket Cannon.  It had a radio built in, a dashboard with a view screen and as you rotated two large wheels you aimed where the cannon was going to shoot and it showed on the screen.  Somewhere after the main festivities I aimed  the Radar Rocket Cannon at a Christmas ball at the top of the tree. Score!!!  Which challenged me to get two for two.  Once again, SCORE!!!  This went on for some time until Mom wandered in the room and said, “Good Lord!”  The cannon didn’t last very long after that………..but I remember it! 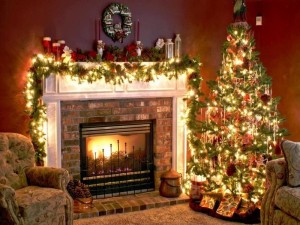 This was the Christmas I grew up with. Magical for a little kid

A while back I mentioned how OTS managed to make for the most awful Thanksgiving in the history of Thanksgivings.  Well, when Christmas rolled around I began to get that sense of impending doom and disappointment.  In the barracks, there was zero decorating, zero mention of Christmas and it looked very much like the whole thing would just slide away, unnoticed.  Worse still: On Christmas Eve Day, the Wedge Inspection Team came through the barracks looking for anything they could to “gig a cadet in for the weekend.” Up till then, I thought I’d kept a pretty tight ship and had never been gigged in for the weekend.  This time they came in and just raped the room:  bed wasn’t tight enough, socks weren’t lined up perfectly, and on and on.  Then they really ripped into me.  How could I be this sloppy and expect to be an officer?  I was feeling pretty low, gigged in for Christmas.  And then… the whole upper class who does the gigging-in started laughing like hell.  “I want to kill them all.”  But then one upperclassman slapped me on the back and said,  “There some people you might want to see out in the hall.”  My mom and my then girlfriend, Pamela, had flown down as a surprise.  I just about lost it, tears rolling down my cheeks and Pamela was DECKED, chromium-yellow jump suit and a full length black rabbit coat.  The gigging-in had been trumped up.  My Christmas tree that year?  A three- foot sprig of pine with some Christmas balls on it.  Best Christmas I ever had. 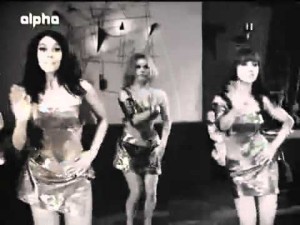 Rare shot. This appears to be one of my sculptures, but it must have been one of the early ones. Ahhhh the early years.

Another weird Christmas:  This one was also military related:  I was just finishing up pilot training down in Columbus Mississippi.  Pam had sent me a copy of Love Story, which I read in one sitting and then…  I collected all the quarters, dimes and nickels in my BOQ (bachelor officer’s quarters) and went out in the hall to the pay phone.  Pam and I had been dating four years and never ever once mentioned the M word. (Really).  I sat down at in the telephone booth, stuffed every coin I had into the machine and dialed Pamela, not really sure what was going to happen.  When she answered I said, “This is a magic telephone.  For this one call, you can ask anything in the universe and you will get the complete truth.”  God knows where that came from.  There was a moment and then Pamela said, “What would the Magic Telephone like me to ask?”  God, this gal was tricky.  I didn’t know what to say.  So I said, “Will you marry me?”  Pamela said, “Yes.” 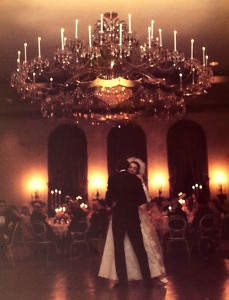 Married right in the middle of the Viet Nam War

But then, with pilot training, they were allowing essentially zero time off, I managed to wangle December 24-28 to fly up for the wedding.  We were married Dec. 26 and drove back down to Mississippi after two days at the Plaza in New York.  The actual ceremony?  It boggled my mind.  Pam’s dad really went all out, Pamela looked scrumptious, and I was in my mess-dress, what they call the military formal attire in the Air Force.  Yup, that’s about as good a Christmas as you can get!

Christmas in the South?   It’s still a question mark down here.  As many of you know, Pam’s just recuping from hip surgery and we’re in therapy-mode now hobbling around together.  The people are great down here, and we’re grateful for the success of Pam’s surgery.  I think it’s time to just count our blessings.   We’ll be communicating more before the big day, but here’s my first greeting for the year.  MERRY CHRISTMAS and Happy Holidays! 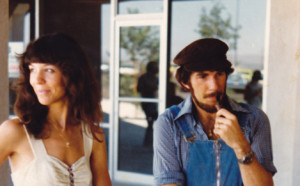 10 Responses to "Memorable and Infamous Christmases"