Try as we might to avoid the reality, our wonderful country is poised at the abyss of a major transformation not unlike those of the Roman Empire, the British Empire, and the Russian and German Empires.  Without exception, any history book on these former world powers begins with the words:  The Rise and Fall of the… 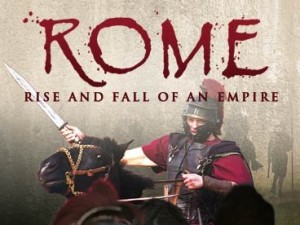 Though each of these empires died in slightly different ways, the cause of their demise was fairly simple: Arrogance mixed with a sense of invulnerability.  We are ROMANS! We are GERMANY!  We are ENGLAND! We rule the world, and Lord help anyone who gets in our way.

Well, history has proved time after time that this form of nationalism doesn’t work…not in the long run, and in the case of Nazi Germany, it took a mere four years or so to belly-up.  We’ve been stuck in the Middle East three times as long, and if anything, we’ve lost ground in those years.

America, on the other hand, has always had something special going for it and a track record, of 250 years.   That special premise upon which the whole country was founded?    It’s engraved on our Statue of Liberty: Bring us your tired, your poor, your huddled masses, yearning to breathe free…

Equally important and with extreme wisdom, our founding fathers engineered a truly amazing document, never before conceived on our planet.  The Declaration of Independence:

We hold these truths to be self-evident, that ALL men are created equal, that they are endowed by their Creator with certain inalienable rights, that among these are Life, Liberty, and the pursuit of Happiness. 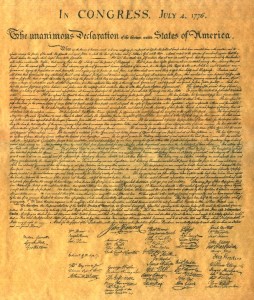 Lately, these broad pillars upon which America’s very existence depends are under attack, some overt, some under the guise of a faulty and new form of nationalism.  A nationalism based on fear and isolationism.  We’re better than that.

Allow me give you a really basic example to make my point:  There are otherwise adult individuals who believe that literally erecting walls around the perimeter of America will do the trick.  It won’t.  It won’t do anything at all except cost more than we can afford.  Let me use a very simple metaphor:  Let’s say you want to keep mice from coming in your house this the winter.  Simple enough.  Your husband comes up with an idea:  Hey Babe, let’s put up a wall.  Okay…  Sounds good. We’ll run it down one side of the house.  That’ll do the trick…  Or will it?  Guess what happens next.  The mouse, somewhat intent upon entering your house, scampers down twenty feet and enters just past where the wall stops.  Do you think in the 21st century that putting up a wall that’s a few hundred miles long…or even a thousand miles long will actually keep a human being out?  They’ve recently come out with a new contraption called the automobile that pretty much hammers that idea. Drive down an hour or two and go around the wall.  Duh…. 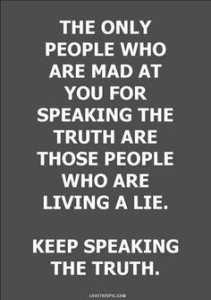 Okay, we’ll put a wall around the entire country… There will be fifty-foot walls…everywhere.  C’mon…  For one thing, we couldn’t even come close to affording it.  We’re talking 20 to 30 TRILLION dollars.  Also, it doesn’t work.  Back to your history books, ever hear of the Maginot Line?  Dumb Idea.  And people are smarter than a 20-ft. wall.  There are rope ladders, wooden ladders….airplanes, and explosives to name the most obvious.  Yet this concept is being seriously discussed by supposedly presidential contenders.

More basic than that, WHO are we going to keep out?  We Americans are, for the most part, mutts and mixed breeds.  It’s the very thing that’s made us strong.  Only now that we’re here, let’s put up those walls, so nobody else can join.

Think for a moment if your particular blend of nationalities came under scrutiny.  I, for one, am part English and part German.  Well, we fought the Brits to become free in the first place so I suppose they’re bad guys.  And the Germans…well, those clever SOBs, you can’t trust them any farther than you can throw them.  The Japs?  That’s just way too easy.  The Russians? Truth is, we’ve fought with or been enemies with almost every country on this planet.  Where are you going to draw the line?

Chicken Hawks:  I’m hoping most of you already know the definition.  In case you don’t, a chicken hawk is an adult, usually a man, who has never served in the military…has no idea what the military (or wars) are about.  And yet they are the first ones to froth at the mouth.  “Let’s bomb those SOBs back to the stone age!!!”   As recently as……today.….one of our illustrious presidential candidates has indulged parts of America who are scared, frustrated and angry.  His call to action?  “Let’s carpet bomb ISIS. Let’s carpet bomb anyone who messes with us!”  Sounds great in a small bar at one in the morning.

Unfortunately, it doesn’t work.  Last place we used it?  Care to guess?  Vietnam. We didn’t win that one.  Didn’t come close although we had SAC B-52s running day and night carpet bombing.  It didn’t do squat.  It never does squat.  What it does do, however, is make your enemy even more resolved to enlist new terrorists.   Fortunately a senior army general was on hand to tell, Ted Cruz, (Princeton and Harvard… not so keen on joining our military) that he was waaay off base.  Donald Trump…no military, but lots of loose -cannon frothing.

Two things that we as Americans really need right now:  A generous dollop of common sense and a respect and requirement to hear the TRUTH. 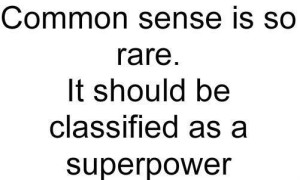 Common Sense: As a country, we are in serious shape across the board.  We need, more than any time in history, a government of smart people whose goal is to make America strong and viable.

We need people with some experience.  Question:  If your spouse was going in for an operation tomorrow, would you choose a surgeon who had never performed an operation before?   …probably not.  Saber rattling, frothing at the mouth and simplistic answers will not guide us out of this mess.  The best answers are usually the most difficult ones to hammer out.  Ask Jefferson.  Ask Franklin, Ask Adams and Washington.  Bombing the crap out of everything and making an enemy of the rest of the planet…isn’t gonna work.  It never has for any country. What we do need is the following:

The TRUTH:   This is just…unbelievably weird.  I can barely comprehend it.  This is supposed to be a “gimmie”.

TRUTH in your Family:  In your role as a parent, when you ask your kid, how he did on a test, where she went on a date, did they go where they said they were going, are they telling you the truth…it’s absolutely imperative that you have some confidence that you’re receiving the truth.

TRUTH in a Marriage,  if your spouse comes home late, you need to have trust.  You need to know that your spouse is telling you the truth.  Otherwise, your marriage is on the rocks.

TRUTH in Business:  Think of the concept of your bank lying to you about what they’re doing with your money.  What about your partner at your business…or your boss?   These are concepts that are absolutely mandatory if you are to survive.

And yet, in politics lately, in our national, state, and often local government, we are being fed things which are just flat-out obviously not true or even close to being true.  Should we accept that?????  If you care enough, you can do your own fact-checking.  The news media…….some more than others….seem very complacent about feeding you whatever it wants to, safe in the knowledge that you won’t question it.

Benjamin Franklin, who earned the title:  The First American, once said this:  It is as appropriate now as it was 250 years ago:

“Those who will give up their liberty for more security, deserve neither liberty nor security.”

We have a make-or-break election coming up.  It’s time to think back to our founding fathers.   It’s time to demand the truth.  It’s time to grow up and face our fears.  It’s time to realize that the selling of “snake oil” is alive and well in America.  “Hey, folks, don’t worry your pretty heads.  I’ll solve everything for ya.  How?  I’ll work that out later…but it’ll be GREAT!!!

As promised…  I like to keep my promises, here is the next installment of my new thriller entitled  THE FIRST.   The first edition shipment is out and available.  Read the next installment, or if you never quite got to it, here’s a third chance to try it out.  Read two pages and see if you want to put it down.

…yeah, this image is a couple years old…but it’s as Christmasy a shot as I could find.

P.S.  There is an old but excellent movie entitled A Face in the Crowd.  It starred Patricia Neal and Andy Griffith.  It pertains very much to what is happening right now, across the nation on our TV screens.  The ending is just right.  Give it a shot.  Okay, one more:  Another terrific movie that drives home the point:  Seven Days in May.

4 Responses to "Going Back to Our Roots"