Last week we touched on a hot topic:  Self-Image (self-perception) and the depression, stress and anxiety it causes.   With suicide being the second leading cause of death for ages 10-24,  more than 5000 young people attempting to kill themselves every year, and 750,000 Americans attempting suicide every year, something is dreadfully wrong.  In short, what we are doing…or rather what we are failing to do…..isn’t working.  As happens once in a while on this website, this isn’t going to be a fun-read, though what it might do is serve as a vehicle or conduit for you to contact someone who might be able to use it. 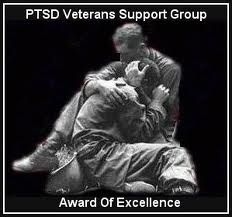 To make it more real, let’s say you have a son or daughter who’s just returned from duty in the Middle East.  After the initial hugs and kisses at the airport, it’s pretty clear that whatever it was that they saw or did over there, seriously changed them.  The term is PTSD: Post Traumatic Stress Disorder.  What mechanisms have been set up to treat this?  Sadly, not a lot.  With more soldiers now, dying from PTSD than from battle, two things are pretty clear:  First: They weren’t prepped or briefed correctly.  By that, I mean psychologically briefed, as opposed to a briefing on how to keep your M-16 functioning in a sand storm.  Once afflicted with PTSD, they’re put on a transport and sent home for family and the local GP to take care of.  And that just doesn’t cut it.

Most treatment for PTSD falls into a fork-in-the-road type of decision.  You go to your doctor, get a referral to a psychiatrist who is set up to prescribe drugs and medication.  Anti-psychotics, drugs that diminish the desire to commit suicide, and…if you read the side-effect sheets that accompany these drugs, they come with a long list of potentially lethal side effects that are scary, or lethal.  One of the scariest concerns is: once on the drugs, you have to be VERY careful going off them, lest you commit suicide after all. 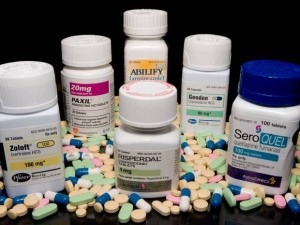 The other fork in the road isn’t just a pharmacological one but a psychological one.  I’m sorry to say that on the psychological side of the house, the way things are set up today, and have been for the past 100 years, treatment is all but ineffective. Metaphorically speaking, if the rate of success of your auto mechanic, electrician or plumber were even five times better than that of a psychoanalyst, you would still be taking them to small-claims court for failure to perform.

If that sounds unkind, let me back-up for a moment to tell you that in college, having undergone many hours of testing, it was determined that the thing that one thing I was absolutely best suited for…was being a psychologist or psychiatrist.  For a very brief period that was the route I focused upon and intended to follow.

Cutting to the chase, however, that decision was deep-sixed one morning in Abnormal Psych Class, when one fact inadvertently dribbled out of professor Dean Lacy’s mouth. He said essentially, “The success rate for psychotherapy is approximately the same as having no therapy at all.”  My brain whispered, WHAT?????  I invited Dean Lacy for a coffee after class and he was very up-front about it.  Essentially, psychotherapy can help, sometimes if the conditions are right, but there are all kinds of land mines, conflicted interest, misplaced roles, transference, burn-out, personality clashes to name just a few.

To be very coarse about it, think of taking your Toyota Camry to the dealership because the engine doesn’t run right and hearing, “It’ll be $150.00 for the first hour.”   And then it’s fixed?  “No, that’s just beginning to diagnose the problem.”  “Well…how long to fix it?”  “No way to tell.  Could be months, could be years, could be decades.”  “At $150 an hour?”  “Actually it’s $150 for 50 minutes if you want to be accurate.”  FWIW, a little quick checking tells me that the current world’s record for lengthy psychoanalysis is……….46 YEARS.  Bruce Springsteen has been in psychotherapy (for depression) for over 30 years.

Then there’s the very common side problem with psychotherapy that you might run into:  Transference.   Transference is when the closeness of your interaction with your “shrink” erodes or clouds the actual role your psychiatrist or psychologist is playing.  He or she is not your lover, not your parent and not your buddy.  It isn’t a date and you’re not buddies, though for many people, women in particular, their first visit to a psychotherapist may be the first time they can recall having someone listen to them. 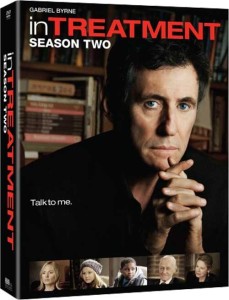 As a little sidebar and breather, if you’d like to get a very solid idea of what current psychology and psychotherapy entails, there’s a deadly serious and superbly acted HBO series entitled:  In Treatment.  Best acting I’ve ever seen…bar none and strangely, it’s across the board.  There isn’t a single falsehood, false look, false comment, false breath taken.  You want to see how things unfold?  This series will do it.  The only caveat is:  It’s so real, you will get to see every wart and human frailty, both in patient and in therapist.  Before you sign-up for therapy, watch a handful of episodes.  They are short…and they are very intense.

Soooo…  Right this moment you are left, sitting there, whispering to yourself, “…..great…  Thanks a lot.  Is there no hope at all?”  Yes.  There is hope.  Instead of shooting up anti-psychotics and heavy-duty mood elevators, or lying on a couch and hearing, “And how do you feel about THAT?”  for $150 an hour,  I’d suggest a different route which is in its extreme infancy.  Take as your template what AA, Alcoholics Anonymous does for anyone walking in off the street.  The people who are there to help you…HAVE BEEN THERE…and SURVIVED.

NOËL:  I’m going to make a point with a little story that I’m stealing directly from an episode of West Wing.  The episode is entitled Noël, and involves a character named Josh, who’s been recently shot in an attempt on the POTUS’ life.  Amazing episode, by the way and an amazing series, particularly now.  If you’re looking for great TV this series is in my top three.

Anyway,  Josh is walking down a hall in the West Wing after a short, powerful session with a White House therapist.  His boss and friend, Leo, has been sitting there waiting for him.  Josh says, “What are you doing here?”  Leo, who’s been through the mill, smiles but ignores the question.  Instead, he starts telling a story:  “A guy’s walking down the street, not looking where he’s going and he falls in a hole.  It’s too steep to climb out and he’s stuck down there.  A doctor walks by and he calls up,”Hey, Doc!  Can you help me?”  The doctor peers down, writes out a prescription and tosses it down the hole.  Then a priest walks by.  The guy yells, “Hey Father.  I’m stuck down in this hole.  Can you help?”  The priest takes out a pad and scribbles some prayers.  “Here, recite these.”  An hour later his buddy is walking by.  The guy yells, “Hey Joe!!! I’m stuck down here.  Can you help?”  The buddy looks down at him…and then jumps down in the hole with him.  The guys says, “Joe, are you STUPID ?”  Joe says, “No.  But, I’ve fallen in this hole before.  I know the way to get us out.”  Sometimes the best friend you have on the planet is someone who has been in the very same hole you’re in.

We’re going to spread the net a little wider in a moment, but for right now, let’s focus in on one that’s relatively…relatively straight-forward.  Your son has just returned from his third tour of duty in the Middle East.  He’s an Army staff sergeant and during this past tour, he’s spent a lot of time guarding the main gate to the base.  When he returns this time, however, he’s different…uncommunicative.  He no longer looks you in the eye, doesn’t want to talk much at all.  Most likely, one of several things have happened.  Your son has finally seen too much.  Your son has finally done too much…done things that he can’t square inside his mind.  Or, your son may only be guilty of surviving when the rest of his buddies did not.  Any combination of these three will take you out.

At this moment in time, though you may be a father or a mother, you don’t know and can’t possibly understand what he’s been through and what he’s undergoing.  Because of that…You Can’t Help.  At that moment you are just part of the static, the background noise inside his mind.  A plastic bottle of pills won’t change what your son has seen or done either, nor will it assuage the guilt he feels.  Neither will a priest or a psychiatrist be able to understand the darkness that is inside his brain.  The only people who can help are the ones who’ve been there…who’ve “fallen in that hole” and found a way out.  There are support groups, but they haven’t achieved the ability to read your mind.  You have to contact them.

I picked just one hole that a person can fall in.  There are many, and if you feel like you’re the only one on the planet knows about what your “hole” is like, you are utterly wrong.  Drop that concept.  If you or your kid has a bullying problem, there are support groups.  If your spouse is abusive either physically or psychologically…there are groups.  If you’ve got post-partum depression, or are in the middle of radiation treatment for cancer, there are people who have gone before you.  I guarantee you, whatever problem that faces you, there are people who have had it before you even knew you had it.  You don’t necessarily have to pay $150 an hour to have someone listen or take a pill that leaves you like a zombie.  There are alternatives.

Nope, I’m not a therapist and never played one on TV either.  I can tell you, however, that I’ve fallen in some pretty deep holes in my time.  I know what it’s like going on…and going off Zoloft.  I know what the barrel of a pistol tastes like as well.  It’s hard, metallic, and tastes like a firecracker.  I know all about abusive alcoholic fathers.  And more.  The point of this whole thing is, if you’re down in your own dark hole, there’s someone, maybe even me, who’ll jump in there with you.  But you gotta call out to someone.  That first step is the biggest of all.

To close, I’m going to repeat something a wise person once said to me.  (It was Pamela.) She said,  “No one has it made….  No one.  Not your favorite actor.  Not the rock star.  Not Donald Trump.  Not…well…anyone.  If you think someone has it “made in the shade” you just don’t know them very well.”

P.S.  Though we’ve just slid past another Memorial Day, had our beers and burgers, it isn’t time to slide our veterans back on the shelf for another year.  Whether you have an American flag on your bumper…or a Peace sign ( the two symbols next to each other works best for me) we need to remember, acknowledge, and if you can, help our sons and daughters, brothers and sisters who put it all on the line.  Mission22.com is one place to start.

6 Responses to "Fighting Back: The Journey to the Center of Your Self"