Anyone remember Judy Collins’ song, “Both Sides Now”?  It’s been playing in my head for the past few days which usually means something is going on way down in my subconscious.  Ten minutes ago, while taking a shower as well as noticing a tiny little smudge the size of a b.b. on one of the tiles, it hit me what was going on. 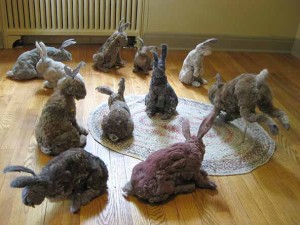 For the past four decades or so, I have lived the life of an artist, a bohemian, a sculptor, writer and probably by the accounts of some of my corporate friends, something of a slob.  It’s true.  Oh, not the Rodney Dangerfield, Bill Murray kind of slob, but…neither Pamela nor I ever really cared very much whether there was dust behind the fridge, or a small colony of dust bunnies dwelling beneath our bed.  We just didn’t care…still don’t.  It’s that simple.

What we did do, however, was to prepare with the strategy of a battlefield commander when we’re having a little get-together with other people.  The equation goes like this:  Where’s the party going to be?  We clean that area only, run the vacuum if absolutely necessary and spray Lemon Pledge around in the air like a room freshener.  You’d be amazed at the psychological benefits of having your living room smell… clean and Pledgy.

What’s to be gained and what’s to be lost by such a devious strategy?  What is gained is TIME.  What’s lost are the bragging rights to having any sort of clean/tidy house.  With time we’ve saved, we’ve managed to write some books, make sculptures and have much more time and energy for…sex. (Significantly more about this point later.)

Six months ago, we were thrust (kicking, biting and scratching) into a new and “improved” way of life.  Why?  Because we are in the process of transforming our home back into a house.  Yes, you read that correctly.  After 28 artsy, bohemian, do-whatever-the-hell-we-wanted-to-do years, we now needed to put the house back up to corporate specifications.  Our warm friendly Tuscan walls are now the color of: a mushroom, a bar of soap and  the color of oatmeal.  I understand this is tasteful because….everyone does it this way.  Sigh…

We took down the mirrored sphere in our dancing room which was truly amazing for slow-dancing.  It was deemed too something-or-other.  The word, tacky, comes to mind.  We also took down the stained-glass room dividers because…I don’t even know why we had to do that. Anyway, our house could  now easily pass as a mid-level Merck exec’s house. Woo Hoo!!!  Okay, long-story-short, we did it and it will, most likely, help sell our house in a reasonable amount of time.

Having said all that, there’s an important  and serious concept at play here and it’s that concept, that I’d like to share with you.  Being new converts to the world of keeping things spotless, perfect and utterly sterile (You could, if you had to, have seven-course dinner under the bed),  I can report that my perspective has become clearer from having seen how the other side lives.  The first observation I would make is that I find myself noticing…everything.  A tiny smudge on the window from a bug landing and we’re reaching for the Windex.  One of our dogs tracks in a yellow autumn leaf on its feet…Gone. And with this new-found perspective…having lived the other way, for decades, I’m here to report to you, that…IT ISN’T WORTH IT!!!   Here are a few reasons why: 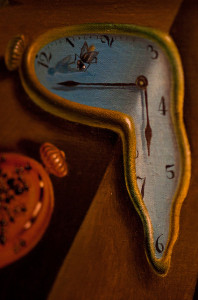 TIME:  Do the math.  The average person spends possibly fifteen minutes a day, keeping their house liveable.  A clean-freak may spend an hour or more…every day.  Let’s average it out.  Let’s say about half an hour a day is spent cleaning, vacuuming, dusting, polishing.  I’m not at all embarrassed to say that Pamela can go for very long periods, indeed, where nary an Electrolux is touched.  Dusting?  For us, it’s more of a seasonal event.  Cleaning windows?  We make sure to do it before Thanksgiving/ Christmas.  And so on…  With a little quick computation, the average person is sentenced to hard labor (on average), close to four hours a week with the possibility of much more, if you are really, really into it.  Four hours a week for a year and you have 208 hours+ spent on something which (and here’s the kicker) even if you’re utterly pristeen, within a week or so you’re back to square one.  Calculate that out over the time we’ve spent here and you’re close to Six Thousand Hours of Work.  That’s a lot of time spent keeping the dust bunnies at bay. 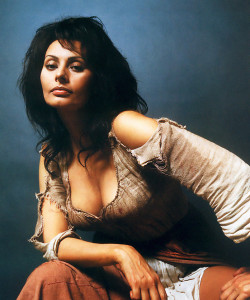 SEX:  Think about this one for yourself.  Of all the couples and families whom you’ve known over the years, did you ever see a correlation between sexuality and housekeeping?  I submit to you that there’s close to a direct inverse correlation.  The sloppier (more Bohemian, more arty) you are, the more fun you have in the sack.  Sexuality is not something to be judged by how anticeptically it is performed.   By it’s very nature, it is the abandonment of logic and tidiness.  It is Passion.

It is Lust.  Done correctly, it involves many different variations of the mixing of juices.  Imagine Hillary Clinton vs. Sophia Loren.  Imagine Margaret Thatcher vs. Angelina Jolie. 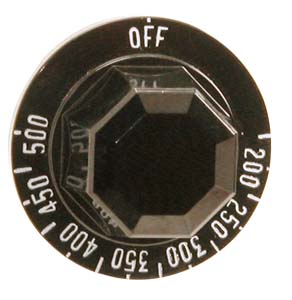 Our heritages:  Pamela’s mom and my mom were complete polar opposites when it came to how they ran their houses.   Ella, Pamela’s mom, was the quintessential uber housekeeper.  Everything was PERFECT….all the time.  A dust bunny was never born and reared on her watch.  Do you know the little white hash-marks on the dials of old stoves?  She’d scrub those hash-marks every week with a toothpick, whether they needed scrubbing or not.

My Mom was the complete opposite.  When she wasn’t reading, she was practicing on her Steinway Grand for a concert at Carnegie, or with the BBC.  The windows in our house…well, I can’t recall a single day in my childhood when they were squeaky-clean.  And there was always stuff around.  But she had her own life.  She was a consummate musician and from what I can piece together, she and Dad had a wild and crazy sexy life and Mom could cook a meal in ten minutes that would make a king salivate.  Just wasn’t into perfection.

Fun:  Again over the years, we have had many dinners, parties, get-togethers and to a one, not a single couple that’s come over (knowing who we are) has ever looked under our bed or behind the fridge.  In exchange for this mutual respect, we supply them with booze, excellent food and for the most part, interesting conversation.  The subject of good-housekeeping has, in fact, never come up.  We know who we are.  No one really gives a flying foo-foo.  They may, in fact, feel slightly superior as to their housekeeping vs. ours.  And that’s absolutely fine with us! 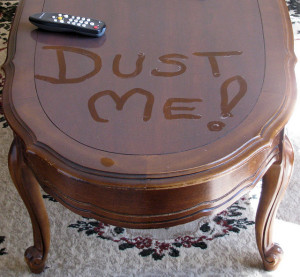 Having spent six months, spying dust motes on lampshades and keeping brass candlesticks looking like they just came out of a blister-pack, I would entreat you to try a month or two..or three, or four, when you put the time spent keeping everything perfect…..to better use.  Plant a bush.  Hit the sack.  Invent a better toothbrush, Write a book, knit a sweater…did I mention hit the sack?   Give it a shot.  Life is precious.

P.S.  Pamela came home today with a thing called a “feather duster”.  Really…that’s what they call it!!!  It’s a stick with a bunch of feathers on the end and…you’re not gonna believe it but it actually takes the dust off!!!

4 Responses to "Bohemian vs. Corporate…(Sloppy vs. Neat)"

Leave a Reply to Margie Rex